(RNS) — Each week Religion News Service presents a gallery of photos of religious expression around the world. This week’s gallery includes Pioneer Day in Utah, a religious bird festival in Paraguay, and more. 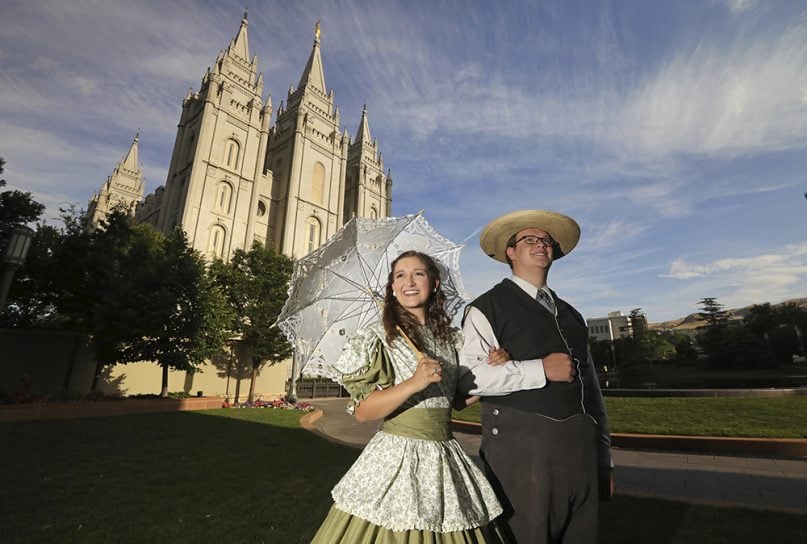 A couple from This is the Place Heritage Park poses for a photograph in front of the Salt Lake Temple, at Temple Square, before the start of the Pioneer Day Parade, on July 24, 2019, in Salt Lake City, Utah. Pioneer Day is a beloved only-in-Utah holiday that features parades, rodeos, fireworks and more. It marks the date in 1847 when Brigham Young and other Mormon pioneers, many pulling handcarts, ended their treacherous journey across the country from Illinois and discovered the Salt Lake Valley. (AP Photo/Rick Bowmer) 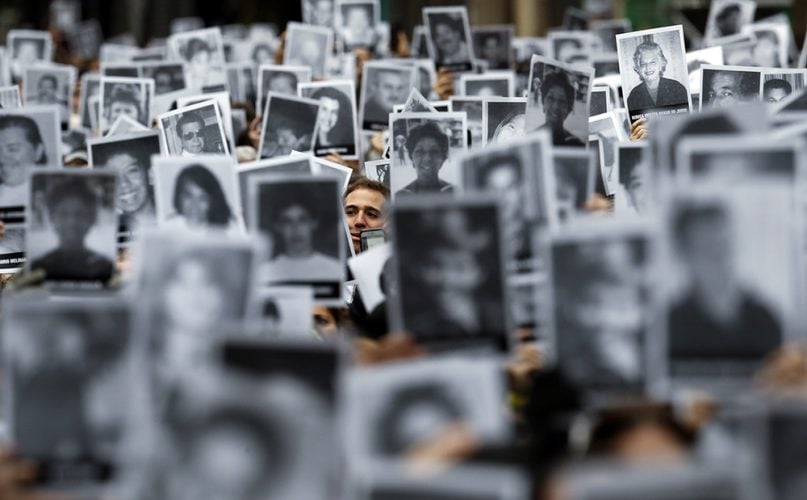 A woman has her hand decorated with henna during the holy month of Shravan, dedicated to lord Shiva, at the Pashupatinath temple in Kathmandu, Nepal, on July 20, 2019. During this holy month, Hindus fast and worship Shiva. Unmarried Hindu women pray for a good husband, while married women pray for the welfare and longevity of their husbands. (AP Photo/Niranjan Shrestha) 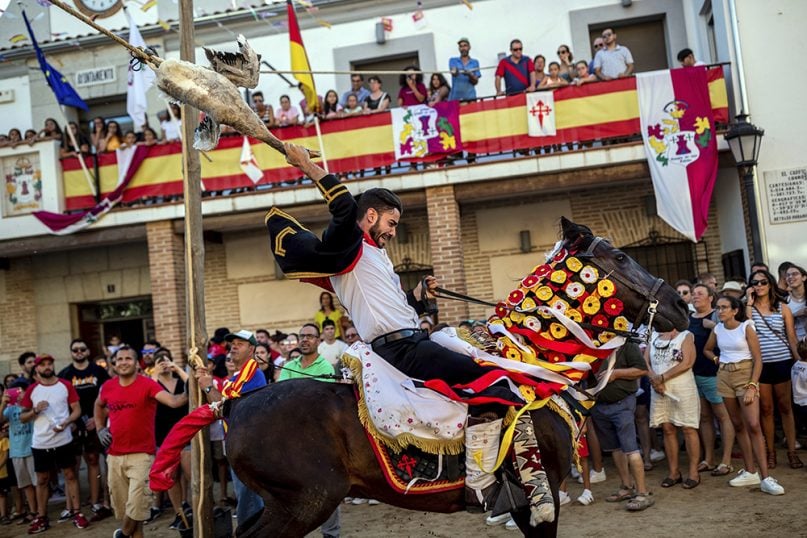 A Spanish jockey pulls on the neck of a dead goose in El Carpio de Tajo, near Toledo, central Spain, on July 25, 2019. Horse riders take part in pair races, including one where riders attempt to rip-off the head of a hanging dead goose. This festival, with over 400 years of tradition, is dedicated to Saint James the Apostle. (AP Photo/Bernat Armangue) 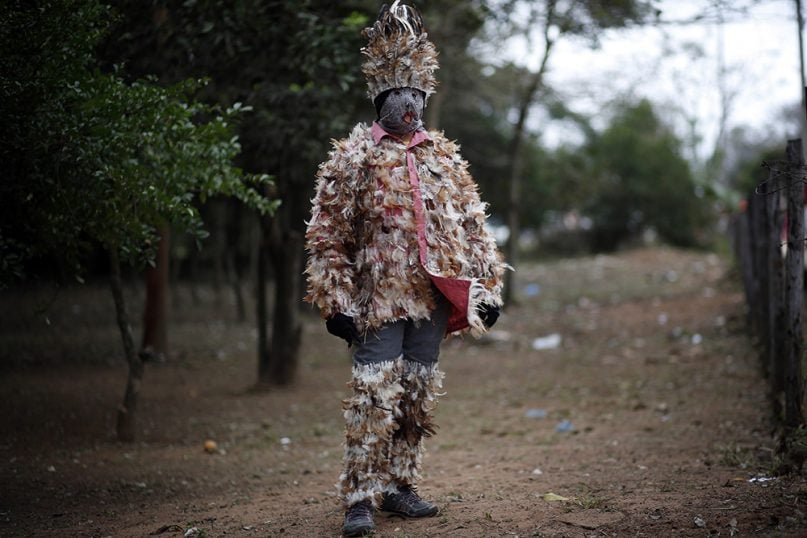 Maria Estela Pereira, mother of 11, poses in her feathered costume in gratitude to St. Francis Solano, in Emboscada, Paraguay, on July 24, 2019. “I suffer from arthritis and after praying four years ago to St. Francis Solano to allow me to move from one place to another without pain, he granted me a miracle,” said the 52-year-old widow. Hundreds of Catholic parishioners don bird-like costumes and parade down the streets to honor the 16th century saint said to possess miraculous powers. (AP Photo/Jorge Saenz) Faithful gather in St. Peter’s Square at the Vatican, Sunday, July 21, 2019. Pope Francis hopes that the 50th anniversary of the first moon walk inspires efforts to help our “common home” on Earth. Francis told the public in St. Peter’s Square on Sunday, the day after the anniversary of the July 20, 1969, lunar landing, that the feat achieved an “extraordinary dream.” (AP Photo/Gregorio Borgia) A couple pulls a handcart during the Pioneer Day Parade on July 24, 2019, in Salt Lake City. Pioneer Day is a beloved only-in-Utah holiday commemorating Bringham Young and the Mormons’ 1847 arrival in Salt Lake Valley after a grueling migration west from Illinois to escape religious discrimination. (AP Photo/Rick Bowmer) Indian Muslims offer “Namaz-e-Istasqa,” a special prayer for rains, at Himayat Sagar Lake in the outskirts of Hyderabad, India, on July 21, 2019. Muslims believe Namaz-e-Istasqa was offered by Prophet Mohammed seeking the almighty’s intervention to ensure rains. (AP Photo/Mahesh Kumar A.) 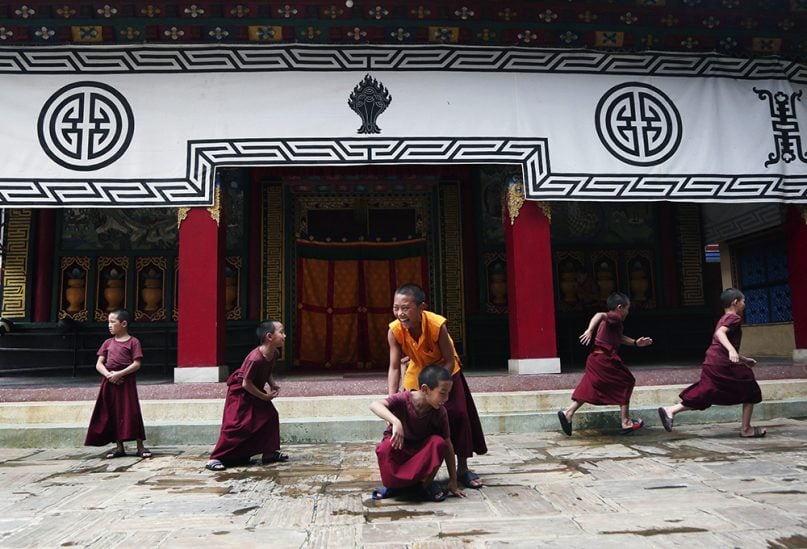 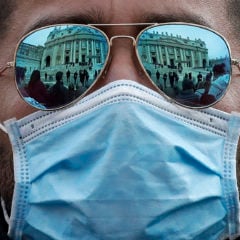 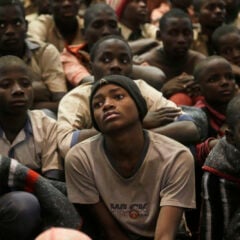