(RNS) — Each week Religion News Service presents a gallery of photos of religious expression around the world. This week’s gallery includes the funeral of a beloved Cuban Cardinal, preparations for Eid al-Adha, and more. 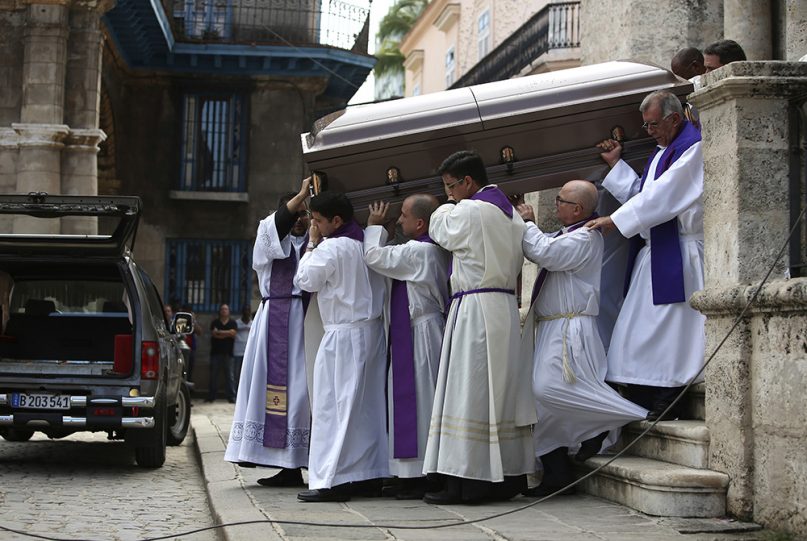 Catholic clergy carry the coffin of late Roman Catholic Cardinal Jaime Lucas Ortega y Alamino to a hearse waiting outside the cathedral where a final Mass was held in Havana, Cuba, on July 28, 2019. The sugar worker’s son who oversaw the first papal visit to Cuba, helped lower barriers to believers in the communist country and played a role in mediating improved U.S.-Cuba ties, died at age 82. (Fernando Medina/Pool photo via AP) 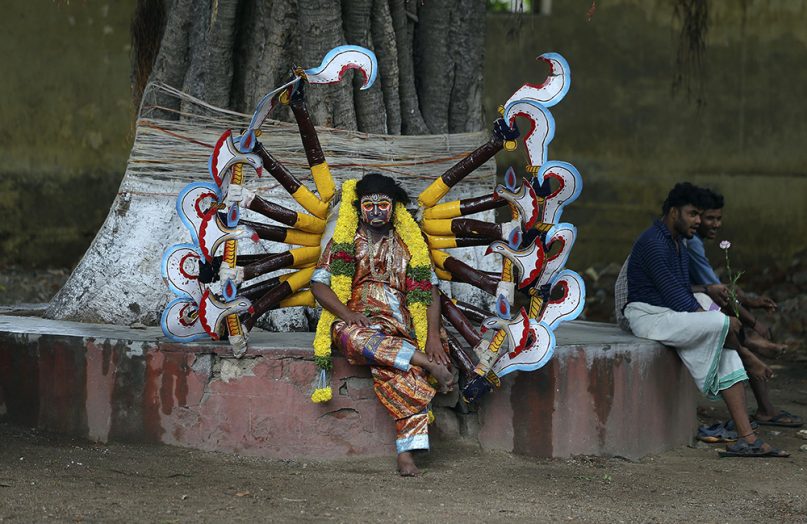 An Indian artist relaxes before performing during a procession of the Bonalu festival in Hyderabad, India, on July 29, 2019. Bonalu is a monthlong Hindu folk festival of the Telangana region dedicated to Kali, the Hindu goddess of destruction. (AP Photo/Mahesh Kumar A.) 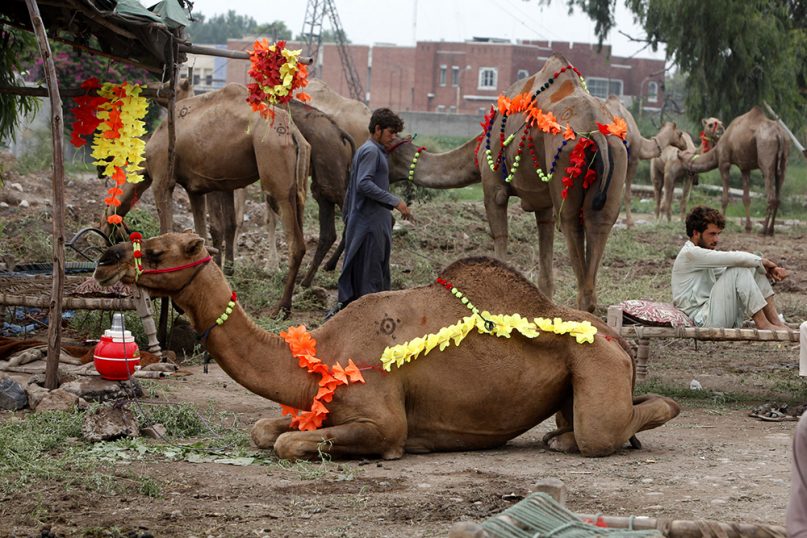 Pakistani vendors wait for customers to sell camels at a market set up for the upcoming Muslim festival Eid al-Adha in Peshawar, Pakistan, on Aug. 2, 2019. Eid al-Adha, or the Feast of Sacrifice, marks the willingness of the Prophet Ibrahim (Abraham to Christians and Jews) to sacrifice his son. (AP Photo/Muhammad Sajjad) 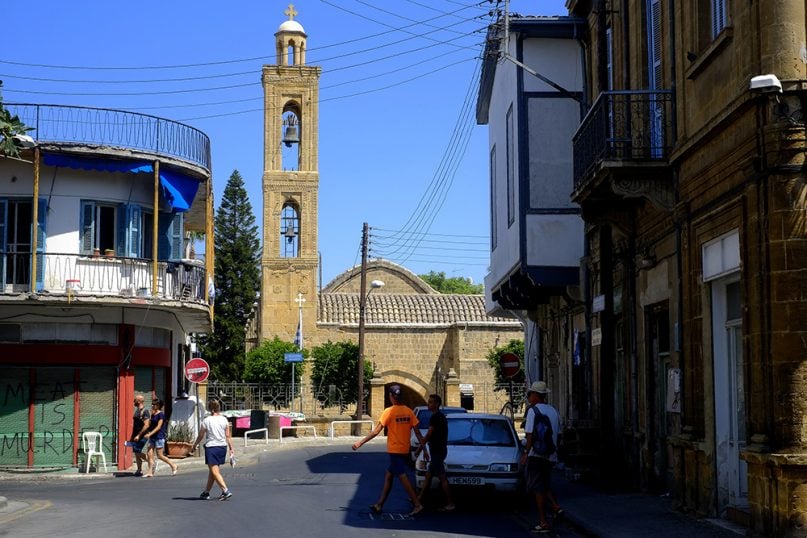 Tourist walk in the old city by a Christian Orthodox church in downtown Nicosia, Cyprus, on Aug. 1, 2019. Cyprus’ attorney general says he has instructed police to launch an investigation into whether an Orthodox Christian bishop has committed a criminal offense over his remarks on homosexuals. (AP Photo/Petros Karadjias) 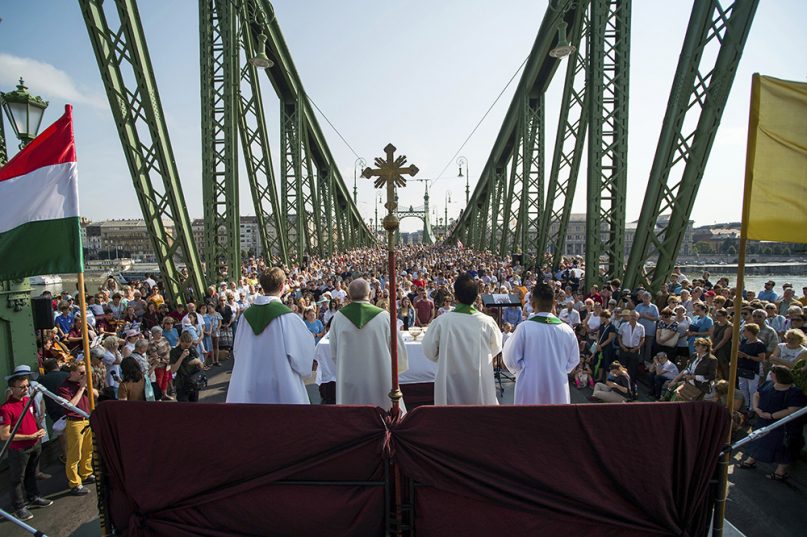 A Roman Catholic Mass is celebrated on Freedom Bridge across the River Danube in Budapest, Hungary, on July 28, 2019. The bridge is closed to vehicles for four weekends in July, when only pedestrians can use it. (Zoltan Balogh/MTI via AP) 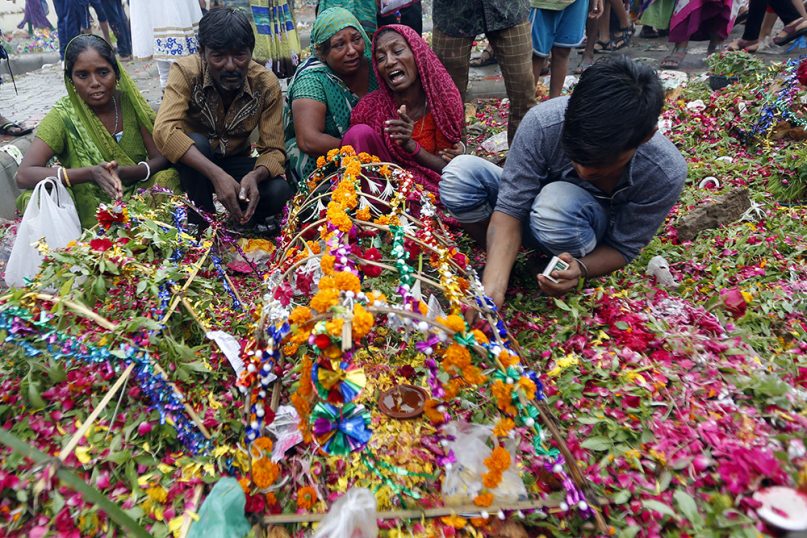 An Indian family performs rituals by a grave during the Diwaso festival in Ahmadabad, India, on Aug. 1, 2019. Members of the Devipujak community gather at graveyards, decorate graves, mourn and offer gifts to deceased relatives during this annual Hindu festival. (AP Photo/Ajit Solanki) 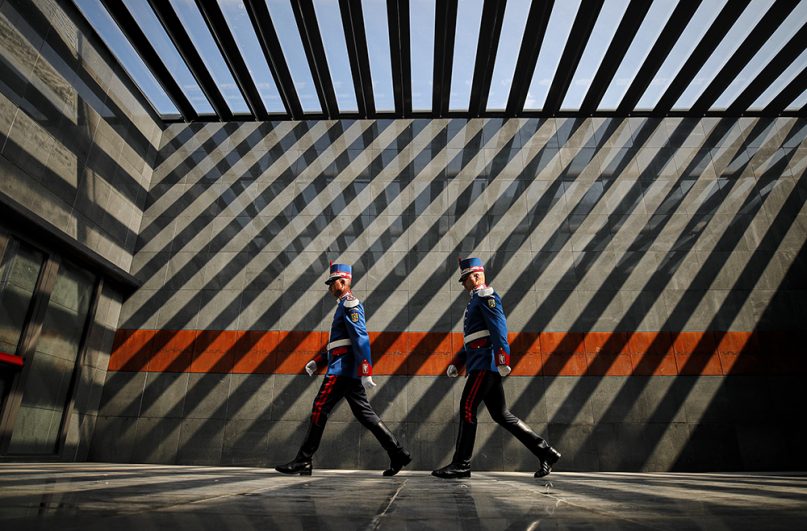 Soldiers walk after laying wreaths during a commemoration of the Roma Holocaust Memorial Day, in Bucharest, Romania, on Aug. 2, 2019. During the event, Romania’s Minister of Culture Daniel Breaz described the WWII plight of the Romanian Roma, when, according to the Elie Wiesel Institute for the Study of the Holocaust in Romania, 50,000 Roma were deported to the Trans-Dniester region, sometimes called Transnistria, in the Ukraine and 11,000 died. Roma do not follow a specific faith, but normally adopt the religion of the country they live in. Most Roma during WWII were Roman Catholic, Orthodox Christian, or Muslim. (AP Photo/Vadim Ghirda) 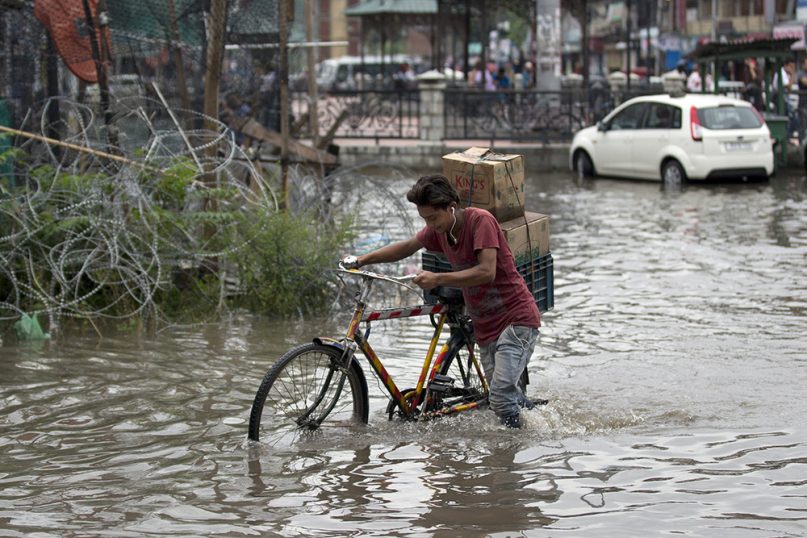 A Kashmiri man pushes his bicycle through a flooded street after heavy rainfall in Srinagar Indian controlled Kashmir, on Aug. 1, 2019. Officials in Indian portion of Kashmir suspended the annual Amarnath Yatra, or Hindu pilgrimage, until August 4 because of inclement weather forecasts. (AP Photo/ Dar Yasin) 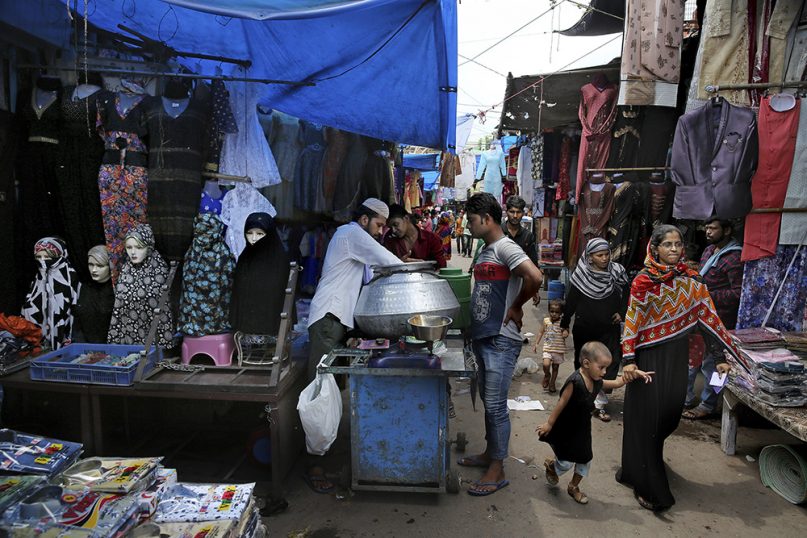 Indian Muslim women pass through a market in New Delhi, India, on July 30, 2019. India’s parliament has approved a bill to end the Muslim practice of instant divorce nearly two years after the Supreme Court held that it violated the constitutional rights of Muslim women. (AP Photo/Altaf Qadri)