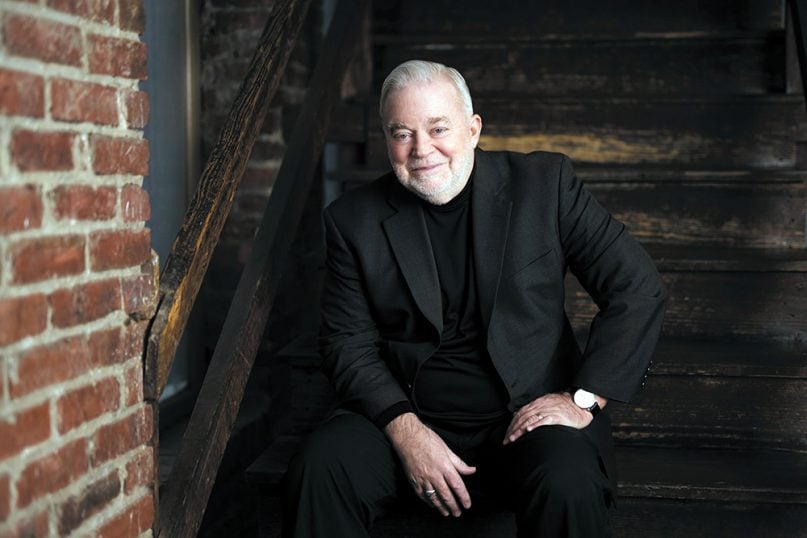 (RNS) — I remember a breakfast conversation with a member of Congress in Washington, DC, in 2017 about the relationship between faith and politics. He asked, with deep puzzlement in his eyes, how so many Christians could possibly justify accepting and even supporting so many fundamentally immoral policies, statements, and behaviors coming from the White House, or at least why they were being so silent about many things they never had been quiet about before.

It really wasn’t a partisan query. He just couldn’t understand, so he asked me respectfully and quite sincerely, “What about Jesus?”

This lawmaker, as a committed Christian himself, is also concerned about how too few of his colleagues, on both sides of the political aisle, are willing to seriously grapple with this same question, or even care to ask it at all.

For many years I have said, “The right gets it wrong and the left doesn’t get it.” That would seem true now more than ever — especially with the departure of so many white evangelicals from many of Jesus’ core teachings, which is genuinely baffling to many people beyond my lawmaker friend and to people like me who are from the evangelical tradition.

Even other Christians all over the world are asking the same question: How have American Christians forgotten about Jesus? In particular, many American Christians of color and a new generation of young people of all colors and creeds who are trying make their own decisions about faith are shaking their heads in confusion and even disgust.

We are indeed in a crisis, and the disorienting and dangerous state of our nation’s present reality is rapidly being normalized, which is even more frightening. 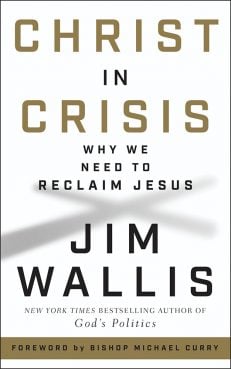 “Christ in Crisis: Why We Need to Reclaim Jesus” by the Rev. Jim Wallis. Image courtesy of Harper Collins

Many people experience an ongoing crisis of safety and lack of opportunity in communities of color; many women and marginalized people feel afraid in the United States and around the world. And many of us—across the political spectrum—are alarmed at the lack of public civility and decency; the growing dangers to the protocols, procedures and practices of governance; and even threats to the rule of law, which collectively put both the common good and even democracy in jeopardy.

Going beyond and deeper than politics, many across the ideological spectrum sense the sharp decline of values, health, and human flourishing in our cultural and civic lives, which morally undermines the quality of our public life and society. By morally accepting things that we should not, we help to undermine the spiritual fabric of our personal, family and social lives.

As many have pointed out, the symbol for the word “crisis” in Chinese is a combination of the symbols for two Chinese words: “danger” and “opportunity.”

The dangers of the present crisis are obvious and growing by the day — especially for those people on the margins, such as immigrants and their families; young people of color, especially in relation to our policing, criminal justice, economic, educational and electoral systems; all the poor and vulnerable among us; people who face cruelty, oppression and violence because of who they are, how they worship, who they love; and women in every category.

Democracy itself, the rule of law and the very idea of objective truth are all in danger now, as our nation and world face an emerging and spreading autocratic style of leadership.

What is the opportunity? Most fundamentally, reconnecting to the person and teachings of Jesus.

Christians, in other historical moments, have often remembered, rediscovered, returned and gone back to their obedient discipleship to Jesus Christ — both personal and public — in times of crisis. It’s called coming home.

Even Americans of other faiths hunger for this return. Muslims and Jews regularly tell me how grateful they are when Christians start talking about Jesus again, as that makes them feel safer! People who don’t identify with any faith system wonder why Christians are not talking about the actual person and teachings of Jesus more and wish they would.

Reclaiming Jesus is not about making more Christians as much as it is about making Christians more genuinely and redemptively human, as God made us and as Christ calls us to be. For people of faith, along with their neighbors of other faiths or no faith at all, this is an opportunity to remember and return to our best personal convictions and choices. And it is also a time to recommit to the best founding values and aspirations of our democracy — sometimes called our civil religion.

This crisis of faith and politics thus presents us an opportunity to go deeper — deeper into what we call faith; deeper into our relationships with each other, especially across racial lines; and deeper into our proximity to the most marginalized, whom we often don’t think about or whose faces we don’t see. Crisis can take us deeper into the moral, spiritual, or faith commitments that can and do shape both our personal and public existence.

I believe two things are now at stake: the soul of the nation and the integrity of faith. Who we are and want to be and what we truly believe about God and our purposes in the world must be made clear in a time such as this.

Much is at stake in this crisis. How we answer key questions will determine whether we go deeper and use this opportunity to create a better world or not: Who are we as a nation? Who do we want to be and become? What is our identity as Americans? What is our identity as people of faith or moral conscience, and how does that relate both to our personal lives and our public posture and participation in the world? Will what we say we believe compel us to reject other things—behaviors, practices and policies—that are contrary to our faith and moral values?

These questions can serve as the moral test of what now lies before us.

(This article is excerpted from “Christ in Crisis: Why We Need to Reclaim Jesus,” by the Rev. Jim Wallis, published September 2019. The founder of Sojourners, the community based in Washington, D.C., and Sojourners magazine, Wallis is also the author of “God Politics” and “America’s Original Sin.” The views expressed in this commentary do not necessarily represent those of Religion News Service.)