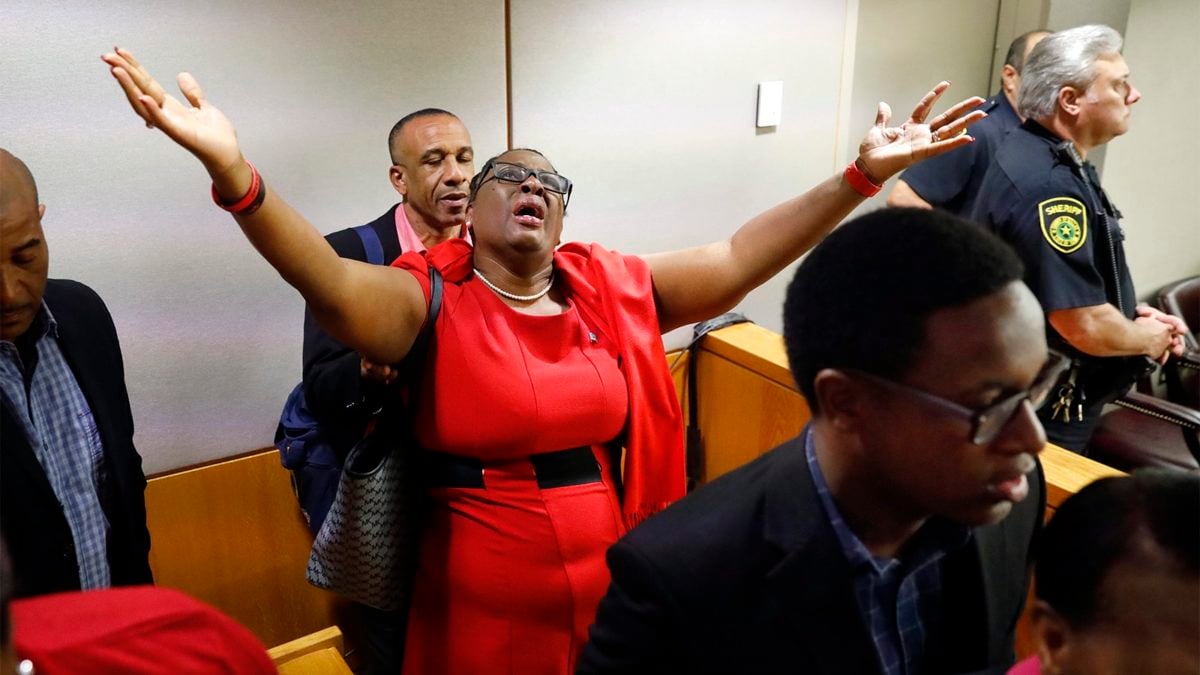 (RNS) — Sometimes it can feel like you are better off being white and guilty in America than black and innocent. As I watched the recent trial of Amber Guyger, the white Dallas police officer who was fired after killing Botham Jean in his apartment as he ate ice cream on his couch, I wondered if she would face the death penalty. After all, the murder happened in Texas, America’s deadliest state when it comes to executions, accounting for nearly half of all the executions in the entire country each year.

But Guyger did not face the death penalty. She faced the possibility of up to 99 years, basically the rest of her life, in prison. Prosecutors asked for less than a third of that, 28 years in prison for the 28 years Jean was alive before his life was cut short.

Guyger did not get the death penalty, or life in prison. She did not even get 28 years in jail. She was sentenced to 10 years, and will be up for parole in five.

I couldn’t help but imagine if the roles had been reversed and Jean had entered the home of Guyger and killed her while she was eating ice cream on the couch. I’m confident he would face the death penalty, and likely be executed.

After all, one of the biggest determinants of who gets executed in America is the race of the victim. In a landmark review of murder cases, 82% of studies showed that the race of the victim influences the likelihood of being charged with capital murder or receiving the death penalty. Those who murdered white folks were more likely to be sentenced to death than those who murdered black folks. Botham Jean's younger brother, Brandt Jean, hugs convicted murderer and former Dallas Police Officer Amber Guyger after delivering his impact statement to her after she was sentenced to 10 years in jail, on Oct. 2, 2019, in Dallas. (Tom Fox/The Dallas Morning News via AP, Pool)

After the sentence, Brandt Jean, Botham's brother, offered words of mercy and forgiveness and a heartfelt embrace to Guyger, and a video of the moment went viral. I was one of those moved to tears as I watched it. I even loved the part where 18-year-old Brandt courageously invited Guyger to surrender her life into the hands of Jesus. That was followed by an embrace from the African American judge, Tammy Kemp, who handed Guyger a Bible.

What didn’t get as much air time was the call for justice that went out from Botham Jean’s mom and his dad. Allison Jean affirmed the beautiful act of forgiveness from her younger son, but she also cried out for justice and for an end to the systemic corruption in our police and criminal justice system. Her words: “There is much more to be done by the city of Dallas. …. The corruption that we saw during this process must stop.”

Likewise, Bertram Jean affirmed the act of forgiveness while also declaring that he wished Guyger had gotten more jail time.

When the celebration of black forgiveness drowns out the call for racial justice, moments like this can be damaging to the cause of eradicating anti-black violence.

After praising the forgiveness of Brandt Jean, Bernice King, Martin Luther King Jr.'s youngest daughter, tweeted, “ … Don’t confuse his forgiveness with absolving this nation for its gross, bitter discrimination against Black people in a myriad of its systems and policies. Racism and white supremacist ideology can’t be 'hugged out.’” 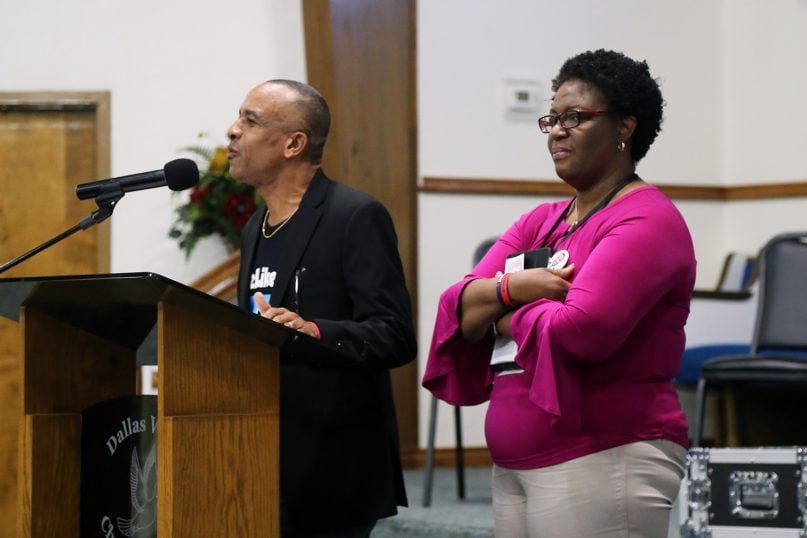 We’ve seen this dynamic before. It happened after the Emanuel AME shooting in Charleston, S.C., where nine African Americans were massacred during their Bible study and worship service by a white supremacist filled with hatred. Like the parents of Botham Jean, many of the families of the Emanuel 9 spoke out with words of forgiveness, a call to repentance and salvation — and a call for justice. Many said they did not want the death penalty for the shooter, but they did want him to go to jail. Both forgiveness and justice were proclaimed with power, but some folks only heard the forgiveness.

It’s hard to imagine any version of Christianity that doesn’t include forgiveness, grace and mercy. And yet, just as forgiveness is at the heart of our faith, so is justice. To steal a phrase from Dietrich Bonhoeffer, grace without repentance, reparations, consequences, is “cheap grace.”

Perhaps Brandt Jean's act of mercy could move some to rethink our punitive criminal justice system, and maybe even to question things like the death penalty, which stands in glaring contrast to Brandt’s embrace of Guyer.

Martin Luther King Jr. called capital punishment “society’s final assertion that we will not forgive.” If more politicians and legislators took these words as much to heart as we have Brandt Jean's gesture, the death penalty would come to an end. If Texas Gov. Greg Abbott took his Christian faith as seriously as Brandt Jean takes his, he would recognize that the death penalty undermines the possibilities of redemption and betrays the gospel of grace and forgiveness.

We don’t have to choose between forgiveness and justice. In fact, we dare not choose between them as if they are mutually exclusive. We can decry police violence and a broken, racially biased criminal justice system and at the same time celebrate an act of Christian love and forgiveness.

We can say “Amen” to both Brandt Jean and to his mother, Allison.