Portrait of Mormon polygamists in prison, at the Utah Penitentiary, circa 1889. Photo by Charles Roscoe Savage/Harold B. Lee Library/Creative Commons
November 8, 2019
Jana Riess

This is a guest post by Barbara Jones Brown

(RNS) — The horrific killing of three women and six children in Sonora, Mexico, this week has brought a little-known chapter of Mormon and Mexican history into the spotlight, one deeply entwined with the bygone Latter-day Saint practice of polygamy. This history is little understood even by Mormons themselves. Though a lifelong Latter-day Saint, I didn’t learn about it until several years ago, when two Utah men commissioned me to write a biography of their mother, who was born and raised in a polygamous Mormon colony in Chihuahua, Mexico.

The story begins in Nauvoo, Illinois, where Joseph Smith, the founding prophet of the Church of Jesus Christ of Latter-day Saints, established the religious practice of polygamy in the early 1840s. Smith received an 1843 revelation that living “the principle of plural or celestial marriage” in this life was prerequisite to receiving the fullness of God’s celestial glory in the next. Though members of the LDS Church do not practice polygamy today, the revelation still appears as section 132 of the Doctrine and Covenants, which is considered canonized scripture.

The Latter-day Saints publicly declared their practice of polygamy as a religious tenet in 1852, several years after mob violence forced them to flee Illinois for the American West. Following the Civil War, debate about banning polygamy began to heat up in the U.S. Congress, reaching a crescendo in the 1880s. In 1882 and 1887, federal laws passed that criminalized polygamy.

From 1884 to 1895, more than a thousand Latter-day Saints were convicted of crimes associated with plural marriage. Many polygamists, from local leaders to the church’s top hierarchy, sought to avoid arrest by living in hiding. As anti-polygamy crusades continued to focus on polygamists in Utah Territory, large numbers of plural families scattered to other areas, including Colorado, Wyoming and Arizona in the United States; Alberta, Canada; and northern Mexico. 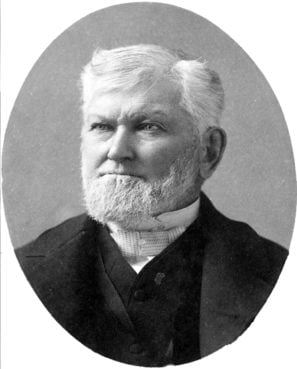 In 1889, the new church president, Wilford Woodruff, saw the inevitability of bowing to federal law if the church was to survive. He directed that no new plural marriages be performed in the church’s three temples, under threat of the federal government shutting them down. He began to intimate, however, that such marriages “might be solemnized in Mexico or Canada.”

This points to something the media and even some historians get wrong about Mormonism’s history in Mexico: the Latter-day Saints who went there in the late 19th and early 20th century were not emigrating in defiance of church leaders’ efforts to end the practice of polygamy. Beginning in 1885, church leaders established the Mexican colonies as a refuge where polygamous families could live free of prosecution, and leaders encouraged these families to move to Mexico.

The church hierarchy hoped the removal of large numbers of pluralists and would-be pluralists to Mexico would free these families from prosecution while absolving federal objections to Utah Territory’s bid for statehood, which was finally granted in 1896.

Polygamy, meanwhile, was also illegal in Mexico, but church leaders convinced Mexican federal leaders that the Mormon immigrants would strengthen Mexico’s economy by developing farmlands in the country’s arid northern region. The Mexican administration told them that if they colonized peacefully and lived their marriage practices quietly, they were welcome.

American Mormons started moving in earnest to Chihuahua beginning in late 1885. Over the next quarter of a century, several thousand moved south of the border.

After the U.S. Supreme Court upheld the constitutionality of Congress’ anti-polygamy legislation in May 1890, Woodruff prepared a statement on plural marriage that would come to be known as “Official Declaration—1,” or in colloquial terms, “the Manifesto,” which was read and sustained during the church’s general conference that October.

"We are not teaching polygamy or plural marriage, nor permitting any person to enter into its practice,” Woodruff’s statement said. No plural marriages had been “solemnized in our Temples or in any other place in the (Utah) Territory” since “last June or during the past year. ... I now publicly declare that my advice to the Latter-day Saints is to refrain from contracting any marriage forbidden by the law of the land.”

But in Mexico, colonies of Mormon polygamists were growing — with the blessing of LDS leaders. Despite the public “advice” that Mormons should refrain from contracting new plural marriages, Woodruff and one of his two counselors authorized some Mormon leaders to continue to perform a small number of such marriages.

Moreover, they privately encouraged some Latter-day Saints who wished to openly practice polygamy or contract new polygamous marriages to move to the Mexican colonies.

By December 1890, some 1,500 LDS immigrants were living in three major “colonies” of Chihuahua — Colonia Diaz near the New Mexico border and Colonias Juarez and Dublan, roughly 50 miles south of Diaz and 200 miles southwest of El Paso, Texas. Over the years, Mormon settlers built up several more colonies in Chihuahua and the state to its west, Sonora.

Though it took effort to isolate themselves and keep their marriage practices quiet, within their tight-knit communities Mormon colonists were able to live their polygamous lifestyle openly, without fear of prosecution. 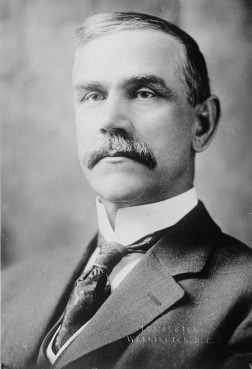 In the early 1900s, Congress learned that some Latter-day Saints continued to practice polygamy. After Utah elected Mormon apostle Reed Smoot to the U.S. Senate in 1902, a group of non-Mormons in Utah sent a protest to Washington, asking the Senate to not seat Smoot on the grounds that the church still fostered polygamy. The resulting Senate hearings began in 1904 and lasted more than three years. Though Smoot was monogamous, he faced accusations regarding the church’s continued propagation of polygamy, especially in Mexico.

After the Senate hearings opened in January 1904, Smoot urged the church’s then president, Joseph F. Smith (nephew of the founding prophet Joseph Smith), to redress the church’s damaged reputation. Smith soon issued what became known colloquially as the Second Manifesto, which declared that “no such marriages have been solemnized with the sanction, consent or knowledge of the Church.” Smith’s statement added that excommunication would be the penalty for any member who contracted or performed a new plural marriage.

The Second Manifesto resulted in a dramatic reduction, if not total cessation, of Latter-day Saint plural marriages even outside of the United States. President Smith traveled to the Mormon colonies in Mexico to reinforce the 1904 Manifesto. “There are no plural marriages being performed at present in the Church, in Mexico or anywhere else,” Smith told the men of the colonies in a meeting. “The Church is upon trial before the Government of the United States, and we must be very careful.”

In Mexico, the colonists who married into polygamy before 1904 continued to live openly as plural families. But the Mexican Revolution of 1910–20 eroded their ability to live together in cohesive family units. Revolutionary violence forced Mormon colonists to flee north to the United States. In 1912 some 4,500 Mormon colonists — including Utah Senator Mitt Romney’s five-year-old father, George — fled their homes in a mass exodus.

Inadvertently, Mexico’s revolution was bringing the final end to Latter-day Saint-sanctioned polygamy that the U.S. government had long sought to achieve. Although 90% of them never returned, a small number of polygamous families returned to their colonies in Chihuahua. Many of their descendants — mostly monogamous — remain there today.

Thus Mexico, which provided a haven for plural marriage to thrive as anti-polygamy prosecution increased in the United States, also witnessed the last breaths of polygamy for adherents to the 20th-century Church of Jesus Christ of Latter-day Saints. The Mexican Revolution helped end what federal prosecution, Senate hearings and two manifestos had begun.

(Barbara Jones Brown is a historian and executive director of the Mormon History Association, an independent organization dedicated to the scholarly study of the Mormon past. Her work on post-Manifesto polygamy is published in Bringhurst and Foster, eds., "The Persistence of Polygamy: Fundamentalist Mormon Polygamy from 1890 to the Present" (John Whitmer Books, 2015), and in Dormady and Tamez, eds., "Just South of Zion: The Mormons in Mexico and Its Borderlands" (University of New Mexico Press, 2015). Her co-authored book on the aftermath of the 1857 Mountain Meadows Massacre is forthcoming from Oxford University Press. The views expressed in this commentary do not necessarily reflect those of Religion New Service.)