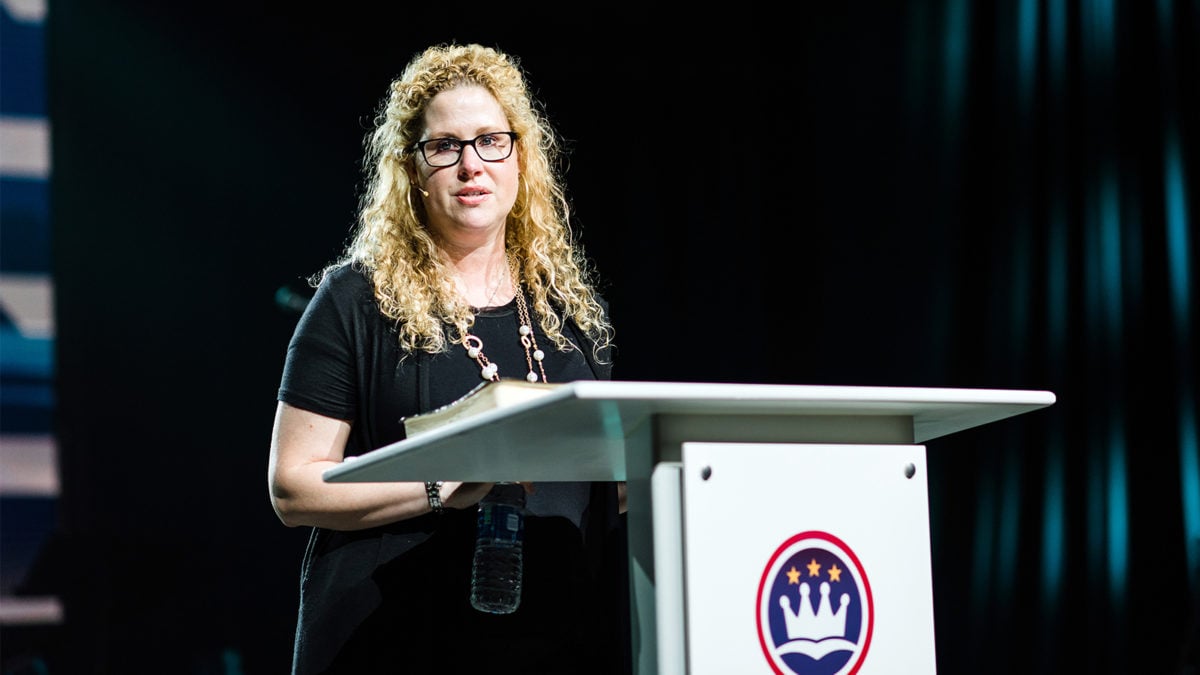 GREENSBORO, N.C. (RNS) —Megan Lively glanced down furtively to the copious notes she had jotted in a thick spiral-bound notebook resting in her lap.

She was about to speak to a room full of Southern Baptist pastors about the sexual abuse she experienced, and she was nervous.

Her message to more than 50 male pastors sitting in a conference room during the annual meeting of the Baptist State Convention of North Carolina earlier this month was both tremulous and full of conviction: When a woman comes forward alleging abuse, listen to her. Don’t try to fix it. Be more like Jesus.

For Lively, speaking publicly about her sexual assault 16 years ago on the campus of Southeastern Baptist Theological Seminary is still stressful.

It’s been a year and a half since she revealed she was the woman who was encouraged by Paige Patterson, then president of the seminary, not to report her rape by a fellow student to the police.

Lively, who is now married with two children and runs a social media consulting business for small and midsize churches, does not revel in the spotlight.

In September, she spoke at the Caring Well conference, in which the denomination invited abuse survivors to tell their stories. In the new year, she plans to speak at half a dozen other SBC-affiliated venues.

But public speaking is not a role she relishes. She has just emerged from a harrowing year in which she faced a trauma she had buried deep inside for more than a decade. She’d much rather be known for her social media company Relevant Reach. She also understands there’s no turning back.

“I’m willing to share what happened to me if it helps somebody else,” Lively said.

The multifaceted sexual abuse scandal within America's largest Protestant denomination has made household names of several Southern Baptist women who have come forward in recent years with stories of clergy misconduct and of church officials failing to respond. Lively, now 40, doesn’t want that kind of recognition.

“Contrary to what some may believe, I’m not a fan of the principles of the #MeToo movement,” she told pastors assembled at the abuse crisis panel in Greensboro last week. “I wasn’t empowered or motivated by the #MeToo movement or by a hashtag. I don’t find power in women standing up and saying ‘I was sexually assaulted.’ I grieve when that happens.”

Lively is trying to walk a middle path. She does not want to come off as an angry feminist trying to pull down powerful men. She was raised to respect her elders and look up to authority. She and her husband, Vincent Lively, are faithful churchgoers at Peace Church in her hometown of Wilson, North Carolina. Some of the people she most respects are Southern Baptist men.

But after the dozens of reports of sexual abuse in the church, she also wants to help her denomination do the right thing. In this, she has become a reluctant speaker.

A love of church

Megan Lively felt a call to Christian ministry when she was 16.

The daughter of a Realtor and a psychologist, Lively grew up in Wilson, an old tobacco town about 40 miles east of Raleigh, the state capital. Her family attended Grace Baptist, and like them, she loved church. 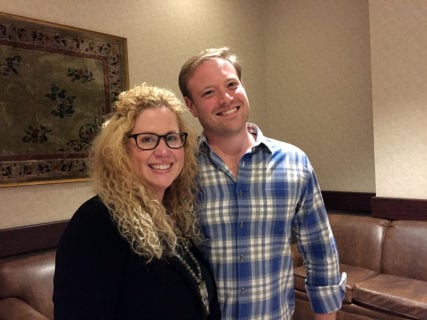 Megan and Vincent Lively at the Koury Convention Center in Greensboro, North Carolina, after Megan’s talk on a panel at the annual meeting of the Baptist State Convention of North Carolina on Nov. 11, 2019. RNS photo by Yonat Shimron

At Campbell University, she majored in religion and joined a group called Monday Night Bible Study started by two Campbell graduates, J.D. Greear and Bruce Ashford. Greear is now president of the SBC. Ashford is now provost and dean of the faculty at Southeastern.

After graduating from college, Lively wanted to continue studying Christianity and in 2002, she enrolled at Southeastern to pursue a Master of Divinity degree in women’s studies, a program started by Dorothy Patterson, Paige Patterson’s wife.

By then, Paige Patterson had already cemented his role as the architect of the Southern Baptist Convention’s conservative turn with its embrace of biblical inerrancy, the belief that the Bible is without error. In 1992, Patterson was named president of Southeastern in Wake Forest, North Carolina.

But he wasn’t quite done. In 2000, Patterson and his wife led the SBC to revise its doctoral statement to codify traditional gender roles. The revised statement now includes a sentence declaring that “a wife is to submit herself graciously to the servant leadership of her husband,” and another that declares the office of pastor is limited to men.

Around that time, Dorothy Patterson started the master's program intended to educate women about their biblical role as wives and mothers.

Lively, like many in the denomination, admired the Pattersons. As a woman, she knew she couldn’t be a pastor but her calling was not to preach from the pulpit anyway.

Once on campus, she found the master's program was not as rigorously academic as she had hoped And she was also one of only a handful of single women on campus.

Still, she went to classes and studied. The following year she began dating a student.

Lively won’t go into details about that fateful evening. It’s still too raw. But the man she had been dating for a few weeks sexually assaulted her, she said.

The following morning, she reported a nonconsensual sex act to a campus student office. She was immediately called and questioned by Paige Patterson. She recalls him asking for the precise details and then suggesting she was at fault for inviting a male student to her room. She was asked to forgive her assailant and advised not to report it to the police.

Southeastern placed Lively on probation; she can’t remember why. It may have been for allowing the male student to her room. The school, she said, also expelled her alleged attacker.

With that, the matter appeared closed.

And so, it seemed, was her call to ministry.

During the 15 years that followed, Lively told no one what happened.

She withdrew from Southeastern to care for her ailing grandfather and took jobs in banking and marketing. She married Vincent, an insurance agent, and became a mother. The couple became members of Peace Church, a large congregation in Wilson dually aligned with the Southern Baptist Convention and the National Association of Free Will Baptists. 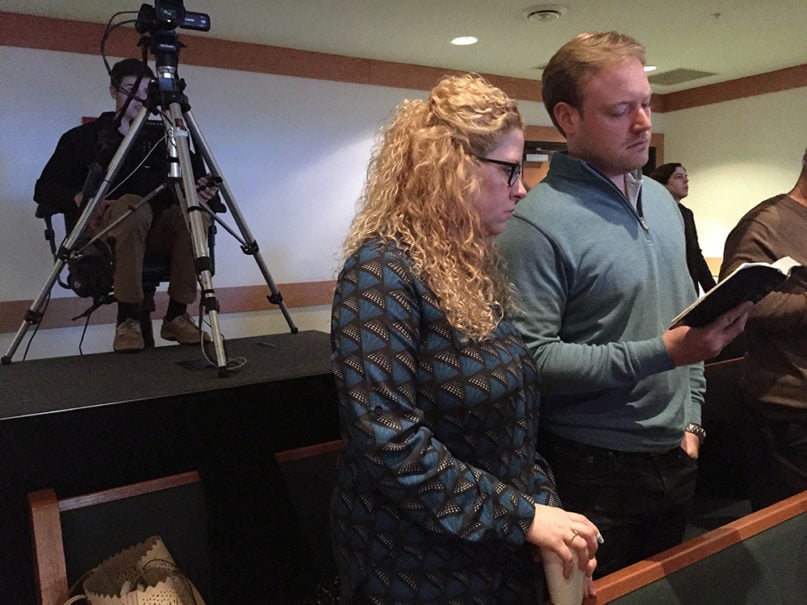 Then, in the spring of 2018, while scrolling through her social media feed, Lively began to read about mounting criticisms of Paige Patterson. A recording surfaced of Patterson saying he counseled abused women to remain with their husbands. In a video, he was seen objectifying a teenage girl and criticizing the physical appearance of female seminary students.

The stories sparked flashbacks and mounting feelings of anger. One evening after Lively’s son and daughter were asleep, she had an argument with her husband. He asked her what was wrong. She told him about the assault at Southeastern.

“‘No. I wasn’t,” she blurted out, still struggling with the denial.

“I was still that little girl under the control of the Pattersons,” she said later.

But the flashbacks, insomnia and anger she was experiencing were signs that what she had long repressed was coming back into focus.

“In a religious system, survivors often lack the vocabulary to name (sexual abuse) as a crime,” said Susan Codone, a professor in the School of Engineering at Mercer University who experienced sexual abuse as a teen. “You don’t have the words to say ‘This was rape. This was sexual abuse.’ Without the words, you tend to put your own words on it: ‘It was my fault. It was a sin I committed.’”

After that exchange, the couple decided to meet with their pastor, who urged Megan to get immediate medical help for her insomnia and to see a mental health professional.

She contacted Bruce Ashford, now the Southeastern provost, to tell him what happened to her in 2003. He told her the seminary would support her if she wanted to press charges against her alleged assailant. Lively decided it was too late for that, though she supports other women who do.

Soon after, a Washington Post reporter called and wrote about her experience without identifying her. Hours after the story broke, Southwestern seminary trustees meeting behind closed doors voted to demote Patterson, then days later, to fire him.

With word getting out about her story, Lively decided she didn’t want to remain anonymous anymore.

Days later, the wife of Patterson’s chief of staff published a blog post contesting Lively’s account and quoting from a private letter Lively wrote to Patterson after the incident.

Lively had begun her journey, and though she may not have realized it then, her ministry.

Hers, she decided, would be a coaching role. Yes, she would talk about her experience, but mostly she wanted to be a resource behind the scenes. Surely this would be a way to redeem the painful episode and refashion her ministry.

At the annual denominational meeting, for example, a group of women protested outside the Birmingham, Alabama, convention center. Lively counseled the male pastors inside: Don’t offer to pray with these women, she told them.

“They were abused in a church setting. That could have happened while a pastor was praying for them or leading them through the Bible.” It could re-traumatize them, she suggested.

Lively has resumed her friendship with Daniel Akin, the president of Southeastern whom she first met in church revival as a teen and later during college. The two talk or text every few weeks. When she told him she would like to complete her degree, Akin said the school would assume the cost of tuition.

“That was the least we could do,” Akin said. "She was abused and taken advantage of and harmed in all of this." 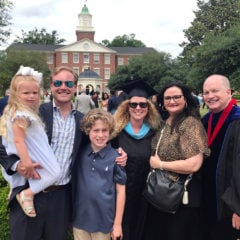 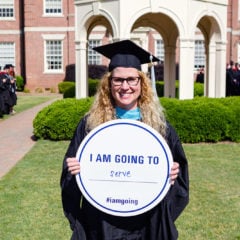 Megan Lively graduated from Southeastern Baptist Theological Seminary in Wake Forest, North Carolina, with a Master of Arts in Christian studies on May 14, 2019. Photo courtesy of Megan Lively

This past spring — one year to the day after she first contacted the seminary — Lively graduated with a Master of Arts in Christian studies. Akin personally handed her the diploma and gave her a hug.

But the fallout from coming forward as a survivor of sexual assault has been bruising in many ways. Many of her immediate family members don’t understand her. One warned her she could be sued. Another wonders why she’s not pressing charges.

The work of healing continues. Lively completed a type of therapy called “eye movement desensitization and reprocessing” to help her deal with the trauma. She’s now working with a therapist on the hurt she’s feeling toward family members who have fallen out.

Every time she gets up to speak she’s aware of the distance that has been created between them.

She understands that some people believe women who come forward with allegations of abuse are doing so for fame, or fortune, or to get back at someone. She feels bound to demonstrate that’s not why she’s doing it.

But many days, she wishes she didn’t have to.

"I don’t know of any little girl that dreams of growing up to be on this stage, discussing this topic," she said. "But I believe God can use my broken story of redemption."

And, she adds, maybe the church can, too.

(This story has been updated to correct the timing of a blogpost contesting Lively’s account.)