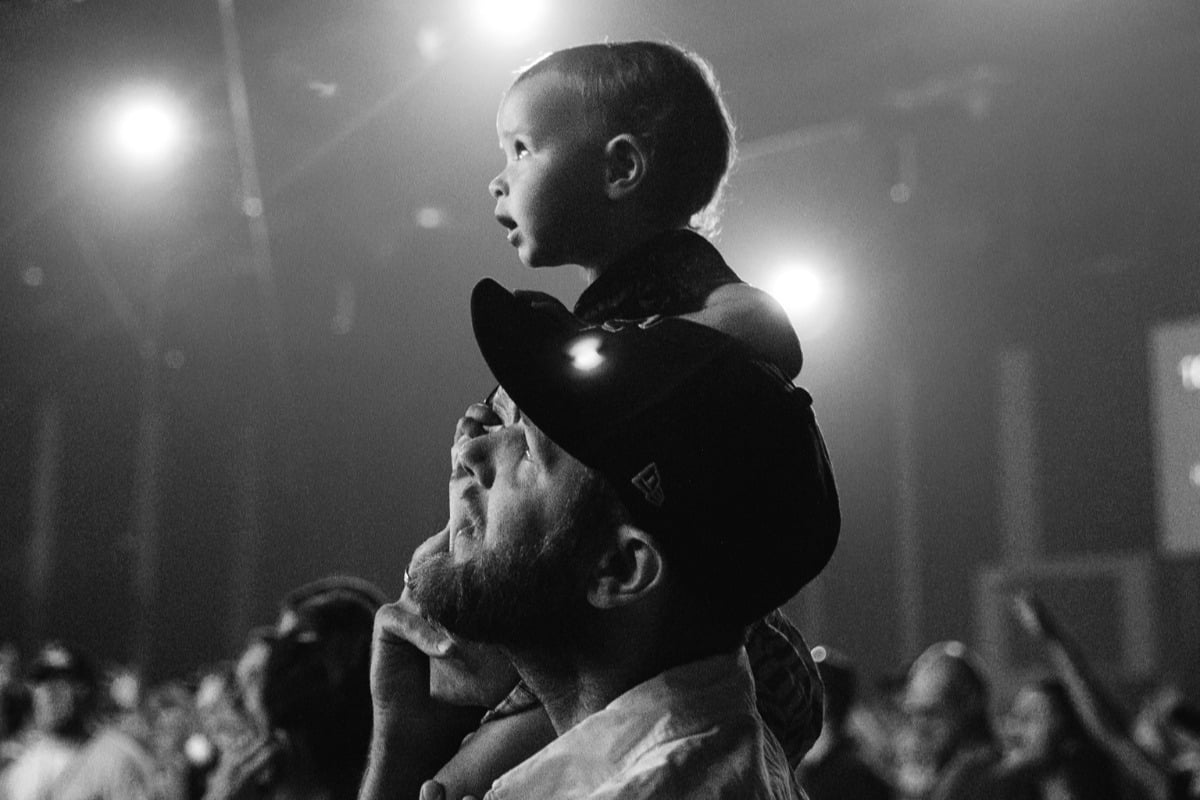 (RNS) — Kalley Heiligenthal stomped her feet and waved her arms, dancing her way from one side of the bright-lit stage to the other.

“Come alive, come alive!” the congregants at Bethel Church in Redding, California, shouted in expectation as they clapped and sang praises.

The faithful shared these scenes on Instagram Tuesday night (Dec. 17) as they prayed for Heiligenthal’s 2-year-old daughter, Olive Alayne, to be raised from the dead.

The faith of this mother and father has completely wrecked me. This will be a day that has marked me forever. Seeing Olives father, standing firm in prayer, brandishing an olive branch in victory, and witnessing her mother, singing and dancing in worship, in the midst of a life-altering and senseless tragedy... I absolutely lost it when Olive’s dad turned his face upward and mouthed “Thank you Father for joy” The faith of these two parents is unlike anything I have ever seen, and I have been changed by it. We believe in Jesus for a breakthrough, but we recognize that either way, we win. Jesus has conquered death and either way, her parents will see their daughter again, whether it be now or in heaven. We have faith in Gods goodness, and we recognize that faith itself *IS* the breakthrough. We all want Olive to wake up, but in these past four days, God has woken up our faith for the impossible. He has awakened in his church a new level of faith in the authority he has given to us. To be so confident in the love and goodness of God in spite of the worlds worst storm and most terrible circumstances is the biggest breakthrough we could ever ask for. It’s one thing to pray risky prayers alone in your closet, but it’s another thing to make risky prayers in public. Not only is your reputation on the line, but God’s is. We don’t always understand why sometimes the miracle comes and sometimes it doesn’t, but in order to have peace that surpasses understanding, sometimes you have to forfeit the right to always understand. This doesn’t mean you won’t ever understand. But God promises that peace is available first. It is now the fourth day since baby Olive has stopped breathing, and I believe that the fourth is a great day for her to come forth! God honors bold prayers and bold prayers honor God. #wakeupolive #prayforolive #bethelchurch #bethelmusic #resurrection #miracles #faith #oliveheiligenthal #jesusisking

Heiligenthal, a worship leader and songwriter for Bethel Music, announced on social media Sunday that her daughter had stopped breathing and been pronounced dead.

Since then, she has publicly called for people to pray that her girl be resurrected.

“We are asking for bold, unified prayers from the global church to stand with us in belief that He will raise this little girl back to life,” she said on Sunday through Instagram. “It’s time for her to come to life.”

Redding police are investigating the death, as is standard when someone so young dies, said Redding police Sgt. Brian Torum. The case was reported to police as a medical issue about 6 a.m. Saturday, Torum said.

The child's body is at the coroner's office, Torum said.

A GoFundMe page has been set up to help with “the unforeseeable expenses the Heiligenthal family will incur, medical and otherwise.” As of Thursday afternoon, more than $50,000 had been collected.

Supporters of Heiligenthal have spread the hashtags #wakeupolive and #victoriousawakening across social media and described their prayers as radical worship and a spiritual awakening.

"Come out of that grave in Jesus' name!” they have said. 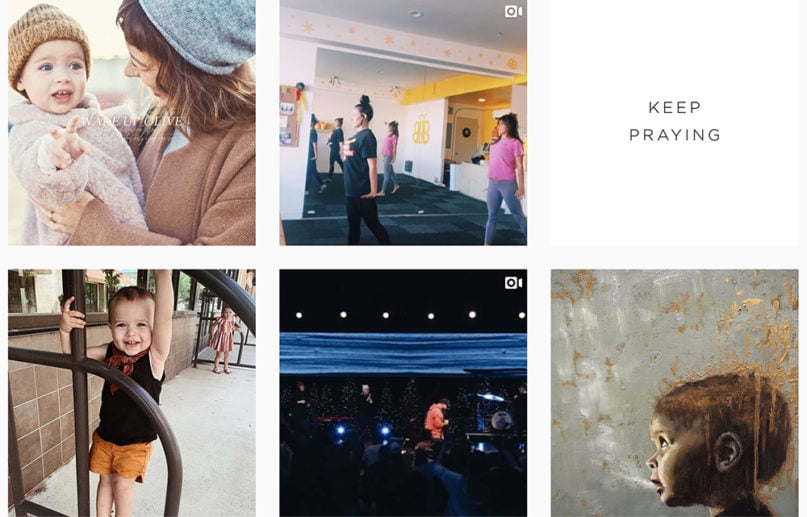 Arlene Sánchez-Walsh, a professor of religious studies at Azusa Pacific University, said that in this case, worshippers are not conducting prayers for the girl to go to heaven as is common after a death.

"They're praying for this girl to come back to her body," Sánchez-Walsh said.

The Bible mentions several cases where people were raised from the dead. In 1 Kings, the prophet Elijah brings the son of a widow back from the grave, after the child died from an illness. In the New Testament, Jesus raises two children from the dead, as well as his friend Lazarus.

Prayers for similar resurrections are more common among charismatic and Pentecostal worshippers in African countries than in the United States, according to Sánchez-Walsh. When she came across this very public call for resurrection, she said, she was surprised.

"When I read about it, I thought it was somewhere else," Sánchez-Walsh said. "I'm taken aback by the very raw nature of the request."

|| VICTORIOUS AWAKENING || A call to the body of Christ to live from HIS victory from the glorious power of the resurrected Cross. No more powerless christianity, compromise or living on the side lines. The kingdom of God is not a matter of talk but of power. We are living in a critical time where the history is being rewritten, mindsets shifted & perspectives redefined to the simplicity of His promises, power & authority of Jesus. His is the final verdict, the Cross speaks a better word and not the logic or practical reasoning of “hows” let that drown out because with Jesus all things are possible! This is our commission. This is our birth right, this is our God who gave us the mandate to heal the sick, raise the dead, cleanse the leper, cast out the demons & preach the Kingdom of God! Come alive, Olive!! ❤️ . . #wakeupolive #revival

Bethel, a Pentecostal church, is based in the city of Redding in Northern California. While originally under the Assemblies of God denomination, the church now identifies as nondenominational.

Sánchez-Walsh described Bethel as a church that is "much looser in terms of theology" and that does not operate on a hierarchical model. Being nondenominational, Bethel operates without oversight from a larger religious tradition.

"They're on their own because they don't have the same kind of restrictions that a denomination may have," said Richard Flory, senior director of research and evaluation at the University of Southern California’s Center for Religion and Civic Culture.

This includes the operation of Bethel Music, a ministry with its own record label that supplies churches around the country with worship songs. There is also the Bethel School of Supernatural Ministry, which offers classes on life coaching, preaching and career ministry.

Bethel and other charismatic churches emphasize spiritual gifts such as speaking in tongues and healings. Bethel has a particular emphasis on miracles.

"In general they believe in the miraculous access to the supernatural. That's their whole thing," Flory said.

Flory was surprised that a GoFundMe account would be necessary for Bethel to help with the family's expenses, as he described Bethel as a multimillion-dollar organization.

"If you're that big and have that much money, wouldn't you support your worship leader in some fashion or another?" Flory wondered.

Flory said it will be interesting to see what will happen if the girl is not raised from the dead. How will worshippers react?

"I wonder how heartbreaking it's going to be or if they're going to have this sort of rationale built in that explains why she didn't," Flory said.