(RNS) — In the immediate aftermath of the 2016 presidential elections, when we felt the country needed a message of unity and hope, the Rev. Andy Stoker, of First Methodist Church in Dallas, and I released a video on Facebook about our friendship called “An Imam, A Pastor, and A Dream,” in hopes that it would inspire others.

It spread rapidly online, with millions of views within the first few days. Those who commented saw in that five-minute clip the type of connection they wished to see in their own communities.

Little did we know just how far it would reach. Shortly after its release, I got a phone call informing me that ISIS had made a video about our video. In theirs, they referred to me as “the Apostate Omar Suleiman” and called for their followers to assassinate me [dfw.cbslocal.com].

I was unnerved by the news, but I knew I had to tell Andy what had happened before he found out through some other source. When I called, he not only didn’t shy away, he began the conversation that led to our next effort together. We decided in the wake of ISIS’ threat that we weren’t going to let any fools stop us from being brothers. Not here, and not thousands of miles away.

That spring of 2017, we began offering a month-long class about Jesus in Islam and Christianity. For four weeks, our Christian and Muslim communities came together to discuss Jesus in our respective faiths. The pews at First United Methodist were full, according to the Reverend Andy Stoker.

The tranquility and bonds formed over that month had captivated us all. At the end of our last session there wasn’t a dry eye in the church.

Rev. Andy and I had started with the birth of Christ, then went on to his life, ending with our differences on the meaning of the crucifixion, then finally came to Jesus’ second coming. In the first two weeks, we found little difference in how our two faiths viewed Jesus in birth and life.

Jesus is no ordinary figure to Muslims. He is one of the highest prophets and messengers of God, born of a virgin, chosen as the one to restore justice to this earth in its final days, and distinguished in the hereafter with a special place in paradise. He is mentioned in the Quran 25 times, with an entire chapter named after his honored mother, Mary.

Muhammad said about his relationship to him, “Both in this world and in the Hereafter, I am the nearest of all the people to Jesus, the son of Mary. The prophets are paternal brothers; their mothers are different, but their religion is one.” 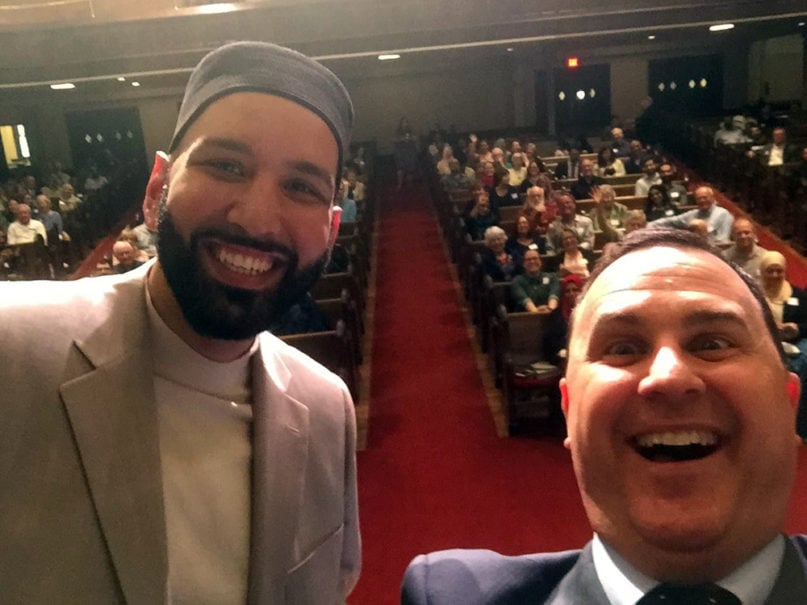 In the last two weeks of study, however, we found many points of divergence, but we managed to focus on the similarities we’d expressed in the first two weeks to carry us through in the same spirit of friendship. As we reached our final class, the Christians who attended had developed relationships with some of the Muslims in the room, as well as a deep sense of admiration for the lofty regard that Muslims have for Jesus. Many hadn’t known that Jesus occupied a place in Islam at all.

I ended the sessions by talking about the Muslim belief that after Jesus returns, he will die a natural death and occupy a grave next to Muhammad in Medina that has been preserved for him for more than 1,400 years. I asked the audience to put aside their personal beliefs about Jesus for a moment and think how much the Muslims must adore this man to have saved a space for him preserved over centuries next to the grave of Islam’s most central figure.

While I was nervous to make the point, in that I feared it would be misunderstood or come across as insensitive, I was shocked at how well everyone in the church had received it.

The differences between how Christians and Muslims view him and his place are not trivial. They are core to our theology. In most forms of Christianity, the belief in Jesus as the begotten son of God and his death for the sins of humanity are central to eternal salvation. In Islam, the trinity is a violation of the Abrahamic monotheism meant to be upheld through the synchronized messages of all the prophets of God.

But as core as those differences are to our theologies, Jesus is as well. And if our two faiths could start from a place of understanding that the two largest faiths in the world share a love for Jesus, maybe we could learn to love one another a little bit more.

That is not to say that we should exclude others from that love, but instead to seek other deep similarities with those around us in the same spirit. With Jews, Christians and Muslims, the belief in the God of Abraham and the significance of Moses and many other prophets could be that springboard.

And with other communities, we will certainly find much to unite us and appreciate about one another if we look deep enough. And if we can’t find anything but our shared humanity, then that should be sufficient to forge the necessary ties to resist the hyper polarization we are witnessing today, a polarization that is increasingly becoming more dangerous. 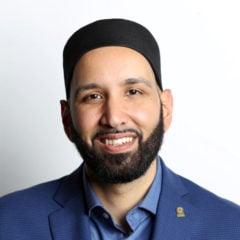 Rev. Andy and I plan to continue to do our part. Since that first month of unity, we held another community-wide conversation last Christmas season, this time about loving Jesus, and each other. We’re now planning another four-week series around Lent season. Please join us in ending our country’s polarization through mutual respect and understanding.

(Imam Omar Suleiman is the founder and president of the Yaqeen Institute for Islamic Research and an adjunct professor of Islamic studies in the graduate liberal studies program at Southern Methodist University. He also serves on the leadership council of Faith Forward Dallas at Thanksgiving Square. The views expressed in this commentary do not necessarily reflect those of Religion News Service.)