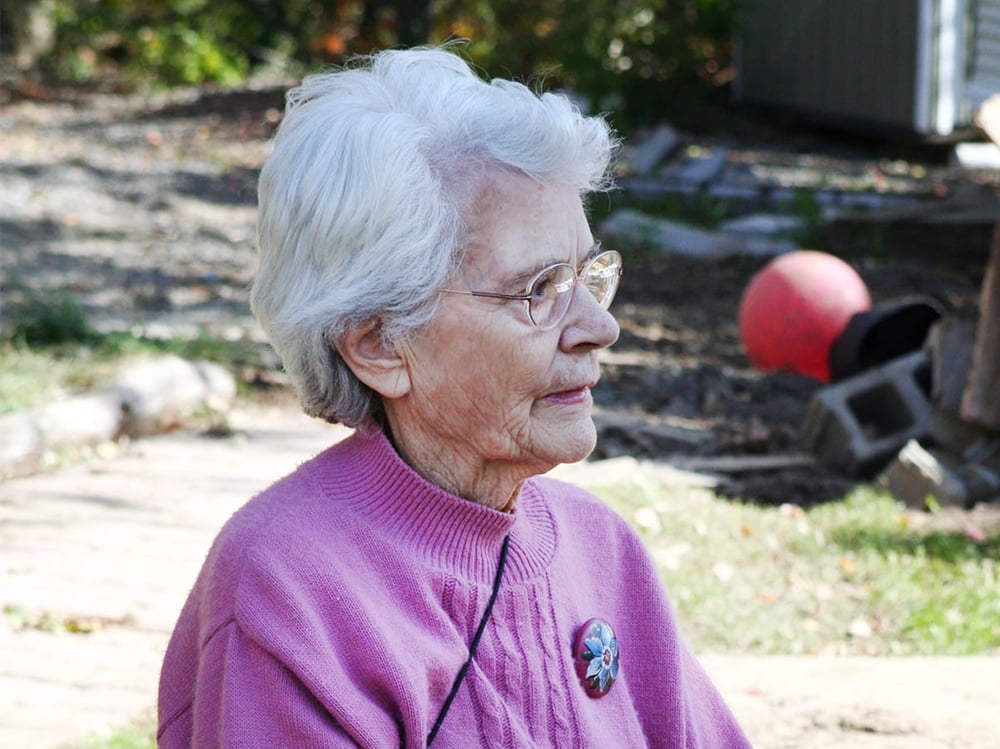 (RNS) — In 2002, our 4-year-old, 50-student school was homeless. We had been renting rooms in an office building in Herndon, Virginia, and our lease was up. I had started the school with my teacher friend and fellow parent Pervin Divleli to be a place where we could be creative and innovative in our teaching while building an environment in which our students could seamlessly be both American and Muslim.

Waiting lists were long, and we were adding a grade a year with what we called an “organic” expansion plan. With renovations planned in the building, however, our preschool-through-first-grade classes had to find a new home. So just months after Sept. 11, 2001, we began an intensive search for the perfect place for our fledgling school.

Nearly a year went by, and it only became harder to find a place that would work. Then a community member spotted a notice in the local paper that a day care just one block from our school was closing after 51 years.

We called the owner, Barbara Harding, and asked if that space was available for us to rent. Mrs. Harding said she had no interest in renting it out: It was her home and she was ready to retire. We asked if we could visit all the same. “Why not?” she replied.

The house, surrounded by large oak trees, was itself like a treehouse. Natural sunlight streamed in through the windows of an enclosed wraparound porch. Inside, warm maple wood flooring was complemented by soft yellow walls. Handmade alphabet posters, intricate wooden toys and carefully labeled puzzles lived among books, books and more books. 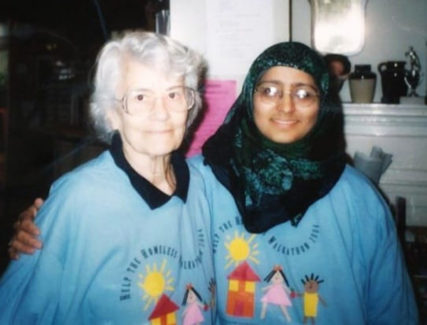 Mrs. Harding, a silver haired 80-year-old, showed us around and explained that she lived upstairs. She asked what we taught, what we believed in as educators and what we thought was the most important thing for children to learn and to become. She reiterated that she was not interested in continuing to have a school in her home after her retirement. I thanked her for her time and told her how beautiful her home was.

The next day Mrs. Harding called. Before we had a chance to make small talk, she said, in what we came to know as her no-nonsense teacher voice, “My children grew up in Herndon when water fountains were marked ‘whites’ and ‘Negroes,’ and I had to explain why this was wrong. I don’t want to see that again in my lifetime. I would like to have you Muslims in my house and have your school here, because what you’re teaching and how you’re teaching is what all people need to learn.”

Thus began our journey to becoming an integral part of historic Herndon. It turned out that Mrs. Harding was a beloved community icon. Mayors and council members, businessmen and pastors, celebrities and activists all came through her doors and saw our school in action.

These visitors saw us make connections between math, science, language and spirituality that made sense to young people. They saw that we taught scriptural stories from the Quran that were like ones from their own faiths. They came to see that making sandwiches for the nearby shelter was as important a part of our curriculum as collecting jackets for day laborers who made our town thrive. And cleaning the street nearby was how we practiced stewardship and citizenship.

Mrs. Harding continued to live upstairs and visited our classes daily. She easily answered little-people questions about how she prayed with, “Just like you do, with my heart.”

One year, when the lunar and common calendars matched up, she earnestly told us to look at her Christmas cactus plant that usually flowers in mid-December. It was blooming on our Eid holiday! The house of Barbara Harding in Herndon, Virginia. Photo courtesy of Afeefa Syeed

And we were warmed by Mrs. Harding’s Friday cookies, her practical jokes, piano lessons, priceless advice about teaching. Even more, we learned from her nudging us to realize life’s gifts that we often take for granted.

Last month I attended a funeral service for Mrs. Harding, who died at age 97. I was so very glad to share that, while our school outgrew her beautiful home years ago, her warmth is passed on every day to our now nearly 300 students. Hundreds have come through our doors since Mrs. Harding said yes during a time of uncertainty not only for Muslims, but for all of us who were presented with the opportunity to delve deeper into what it means to be American.

She came from a past that she acknowledged, recognized and took responsibility for. I spent many hours over the years with her, drinking cups of coffee to which she’d added Hershey's Kisses. I’d share my frustrations with personal relationships, my concerns with people in power, my limitations in what could realistically be done to save the world.

Sometimes she’d drop more kisses into our cups – or add a dollop of vanilla ice cream — and then talk about how simple saving the world really is: Nurture in children their innate goodness and kindness, and don’t underestimate them as contributing individuals. She’d say that this, in turn, changes who we are within.

And she’d always end my queries about whether to do something seemingly hard with, “Why not?”

(Afeefa Syeed is a founder and board member of Al Fatih Academy in Reston, Virginia. A cultural anthropologist, she is an independent consultant in the areas of innovative education, youth empowerment, religious engagement and international development. The views expressed in this commentary do not necessarily reflect those of Religion News Service.)