TUNIS, Tunisia (RNS) — Every month, 39-year-old Badr Baabou visits the whitewashed Sufi shrine of Aisha Al-Manoubya on the western side of Tunisia’s capital.

With henna-smeared hands, Baabou circles the shrine to pay his respect to the 13th century Sufi saint whom many consider a pioneering feminist in Islam.

He lights a candle in her name, burns two incense sticks and recites a silent prayer.

“I thank Aisha for this sanctuary of hope,” said Baabou, the chairman of the Tunisian Association for Justice and Equality. “Aisha was a great spiritual leader and a woman of determination who defied social standards of her time to work for the poor and marginalized.”

Last year, the Irish human rights group Front Line Defenders named Baabou its global laureate for his work. Baabou was selected from among top LGBTQ rights defenders worldwide who face backlash and violence daily as a result of their human rights work.

Baabou said his spiritual calling has helped him remain an “eternal optimist” in Tunisia, where consensual same-sex relations are punished by at least three years of imprisonment under Article 230 of the country’s penal code.

In 2018, over 120 people were arrested for homosexuality in Tunisia, according to Association Shams, a Tunisian association for LGBTQ rights. Baabou’s rights group recorded 22 cases of people attacked by the police.

“Even I have been spied on and arrested multiple times,” said Baabou. “But now I want to be jailed because I have a lot to explain to the judge on behalf of all those who are afraid to defend themselves.”

Baabou, who has worked on promoting LGBT rights for 17 years, believes that things will be different in the future.

During an awards ceremony last fall, he said that “change will come slowly, but it will come.”

Born in the conservative southeastern city of Gabes along the coast of the Mediterranean Sea, Baabou came out as gay at age 20. But the decision to be a human rights defender grew out of his advocacy against chemical pollution in Tunisia. 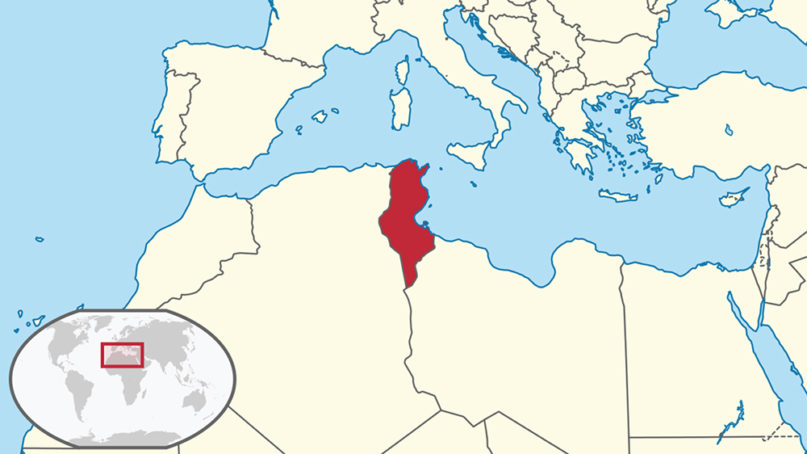 As a young adult, Baabou campaigned extensively against coastal refineries releasing black streams of mildly radioactive phosphate into the sea, which was once a rich spawning ground for marine life. This was rendering stretches of the coastline unusable and affecting local populations who claimed they were consuming toxic food and water.

His involvement with grassroots-level work not only sharpened the young activist’s focus, but also steeled him to come out in a conservative society where homosexuality was considered a sin.

Baabou, who grew up in a liberal family with some grounding in Sufism and mystical worldviews, had the wholehearted support of his father when he came out.

“My father was open-minded, but his validation was not enough. I was up against an autocratic regime that had stifled all freedom of expression,” explained Baabou.

In Tunisia before the Arab Spring of 2011, gender nonconformists were not allowed in coffee shops, bars, restaurants and public baths, while police arrests, raids and crackdowns against them were carried out with impunity and alleged government sanction.

President Zine El Abidine Ben Ali ruled Tunisia with an iron fist for over two decades from 1987 as a one-party state under the Democratic Constitutional Rally.

During Ben Ali’s autocratic rule, gays and lesbians were driven underground as arbitrary arrests and house raids without judicial warrants became commonplace and prosecutions without proper legal representation could not be ruled out.

Despite being pushed into the shadows, Baabou was determined to create a safe space for the marginalized, even as more politicians sided with the regime.

In 2002, he called a secret LGBTQ meeting at a public park in Tunis to help those who had been ostracized from their homes, or were abused, silenced and victimized.

“The idea was to offer some basic social, psychological and humanitarian aid to those who had none,” he said. “But what started informally, as a group of friends converging on a cause, inadvertently sparked my first advocacy work for the LGBTQ community.” 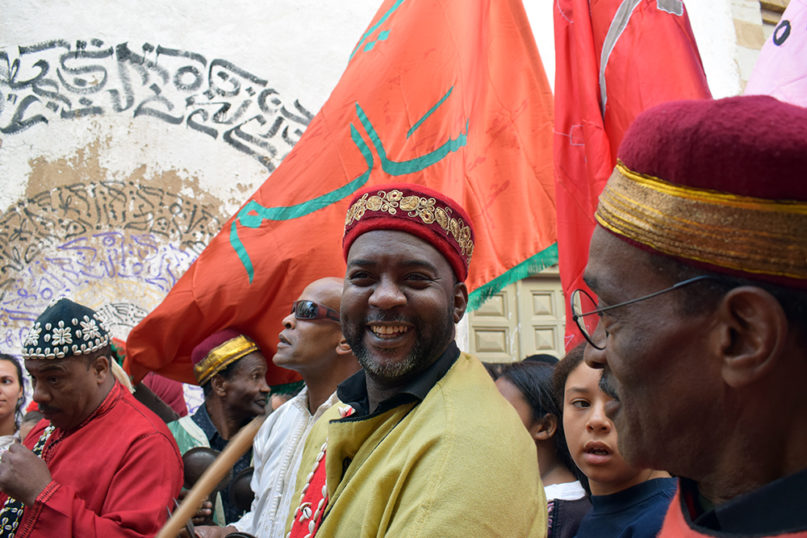 Followers of a Sufi order take part in a religious procession in the old quarters of Tunis. RNS photo by Priyadarshini Sen

The hate-free space grew bigger in size and ambition after the Arab Spring when Ben Ali was ousted as president after an extensive 28-day campaign of civil resistance, and a bourgeoning civil society emerged to represent different causes.

The issue of LGBTQ rights became part of the public discussion.

After Ben Ali left office, Baabou set up the Tunisian Association for Justice and Equality — after an initial rejection of its license due to political volatilities — to provide legal support, counseling and basic health care to vulnerable people.

When more LGBTQ Tunisians came out during the revolution, his group also began advocating for scrapping Article 230 of the country’s penal code and ending discriminations against sexual minorities.

The fight for human rights was not without opposition.

In 2016, Baabou was beaten up in Tunis by three masked men who he suspects were backed by the government. No one was charged. A couple of years later, his home — which served as a safe haven for the LGBTQ community — was vandalized and his belongings were stolen. No one was charged in that break-in. 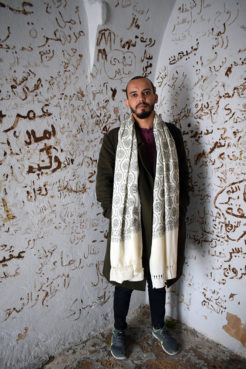 Tunisian human rights defender Badr Baabou at the shrine of Aisha Al-Manoubya, a Sufi saint, in a metropolitan area west of the capital, Tunis. RNS photo by Priyadarshini Sen

During those crises, Baabou turned to Aisha Al-Manoubya again for spiritual guidance.

“Humanism was Aisha’s religion,” said Baabou. “Despite the criticisms she faced, she was always motivated by a greater purpose and the desire to help others.”

In the 13th century, Al-Manoubya was condemned by the mainstream Islamic society for being too progressive. Her father — a Quran teacher steeped in theology — encouraged her to pursue education, as she exhibited exceptional intelligence and intuition.

So, Al-Manoubya left behind social constraints and a loveless marriage to seek freedom, spiritual wisdom, education and financial independence.

On her path of self-awareness, Aisha became a student of Hasan al-Shadhili, an influential Moroccan scholar who founded the noted Shadhili Tariqa of Sunni Islam known for a pragmatic approach to worldly comforts over an austere existence.

Inspired by her mentor’s ideas on equality and justice, Al-Manoubya chose curiosity and reasoning as a path toward spiritual growth. Her knowledge and deeds touched people’s lives in a way that elevated her to a saint, earning from al-Shadhili the title “Qutb” (pole) or the highest spiritual position in Sufism.

Drawing from Al-Manoubya’s teachings, Baabou grew in resilience when the threats against him and the LGBTQ community in Tunisia mounted.

“In the face of these threats, I realized that the marginalized have a voice and the only way to make them heard would be to include them within the social fabric.”

The shrine of Al-Manoubya, run entirely by women over generations, became Baabou’s beacon of hope.

During the Arab Spring, the shrine was vandalized by some Salafist Muslims who, driven by their ultraconservative ideology, launched a spate of attacks on cultural sites they considered un-Islamic. But the resilient women caretakers were able to restore it in two months even as other cultural centers suffered the extremist onslaughts.

When music, chanting and rituals began again within the shrine’s precincts, Baabou reclaimed the strength to push back against authoritarianism.

This renewed spiritual consciousness not only gave meaning to Baabou’s work, but helped him understand the need for resistance to empower the marginalized. 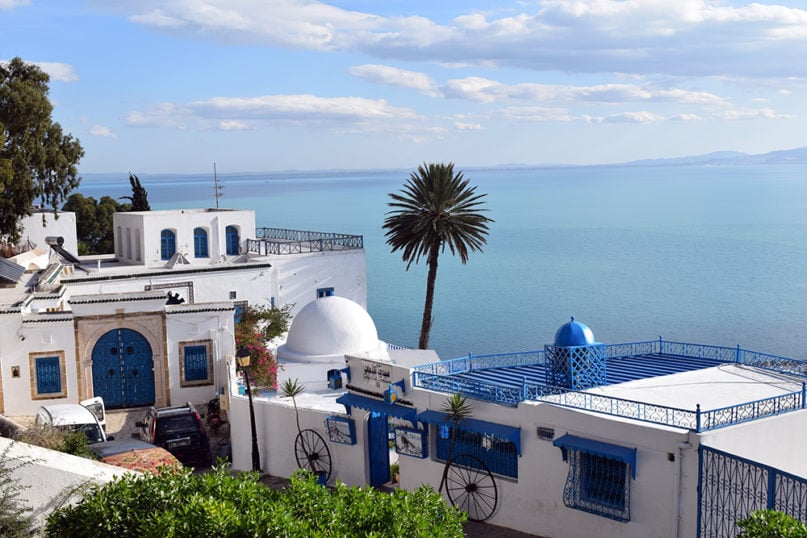 Infused with hope, Baabou thought he must look beyond providing a safe space for LGBTQs when he launched M-Coalition, the only regional HIV/AIDS advocacy network devoted to the needs of sexual minorities in the Middle East and North Africa region.

“I thought it important to sensitize people about HIV infections here,” he said. “The Middle East and North Africa region has one of the lowest antiretroviral treatment coverages in the world because homophobia is ingrained in our society.”

Access to HIV treatment services is low in the region because of the high levels of stigma and discrimination against sexual minorities.

“The national strategic plan for AIDS talks about human rights, but there has been nothing concrete, no road map or action plan with civil society involvement,” said Baabou. “I thought even a single voice for the community would be a big victory.”

Even so, Baabou sees “small windows of hope” for sexual minorities in Tunisia who have come a long way since the Arab Spring of 2011.

Since then, gay rights groups have gained an unprecedented space in Tunisian civil society, queer film festivals have taken the question of sexual minority rights center-stage and LGBTQ support networks have mushroomed.

“Our rights are now a matter of public debate; civil society and activists are able to exert more pressure when unwarranted arrests take place,” he said.

Even though Baabou’s struggles have drawn global attention, his goal is to redefine democracy as a place where no citizen is left behind and not just the voice of the majority is heard.

“This is what Aisha toiled for,” he said, bowing his head in final prayer at the shrine of Tunisia’s patron saint.

“Human beings have to work harmoniously for this world to become a more compassionate place where love trumps hate.”

(Priyadarshini Sen is an independent journalist based in New Delhi.  This article was produced as part of the Spiritual Exemplars Project fellowship with the University of Southern California’s Center for Religion and Civic Culture.) 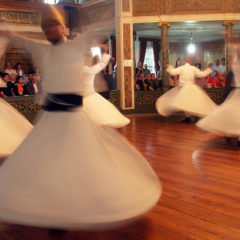 Beliefs
Pakistani Christians can strengthen moderate Islam by their example (COMMENTARY)
Follow us on Facebook!
Submit your photos to RNS