(RNS) — The Rev. David Kennedy has several titles: minister, civil rights activist and CEO of a project to turn a former Redneck Shop into a multicultural community center.

The 66-year-old South Carolina man is the real-life person behind a main character in the movie “Burden” who befriends a man who recently left the Ku Klux Klan. The movie, in which actor Forest Whitaker depicts Kennedy, opens in theaters across the country on Friday (Feb. 28).

The shop, housed in a former segregated movie theater in Laurens, a small city about 70 miles northwest of Columbia, was a meeting place for Klan members, a museum that showcased white supremacist memorabilia and a store that sold Confederate merchandise.

Kennedy, the black pastor of New Beginning Missionary Baptist Church, in Laurens County, protested the existence of the shop and eventually ended up with his church holding the deed of the onetime museum that closed in 2012.

The man who has been threatened and whose church has been burned continues to preach a message of nonviolence. He said he considers Michael Burden, the former Klan member, to be “my friend and my brother.”

He talked to Religion News Service about his past protests and his hopes for continuing to work for improved race relations in his community.

“When racism raises its ugly head, we must fight,” he told RNS. “As we fight, we must love.” 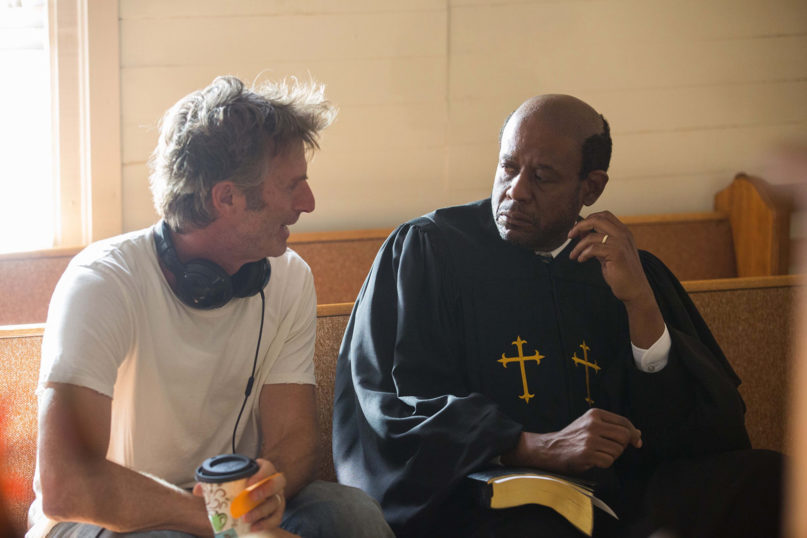 When you learned in 1996 that members of the Ku Klux Klan planned to open a Redneck Shop that was also a KKK museum in the abandoned theater in your town, what was your reaction?

I was just dismayed, depressed, hurt. It was surprising in the sense that they became overt. The Klan always meets behind curtains, away from the public, but they got real bold to open a shop up like that and the city allowed them to. I was more dismayed with the city of Laurens.

The movie depicts you protesting outside it with both black and white members of your community. Did you fear for your life as you protested?

I knew that was a strong possibility that I could be killed. It wasn’t the first time we have received threats.

How often did you protest in front of this shop?

Every chance I got. We had a rally and a call-to-unity program. We protested the shop and I would train the children how to go in and not get arrested. I would show them a way to fight, without using violence. Of course, they (the shop staffers) would immediately call the police because they denied that we had a right to the building. Our presence was also a form of protest.

At one time you could have been killed by Michael Burden —

No, no, no. It was more than one time. Michael told me of two incidents when he had the trigger ready to be pulled. He was stalking me and tried to shoot me two times, and I was shocked that he knew exactly where I was on those two occasions. 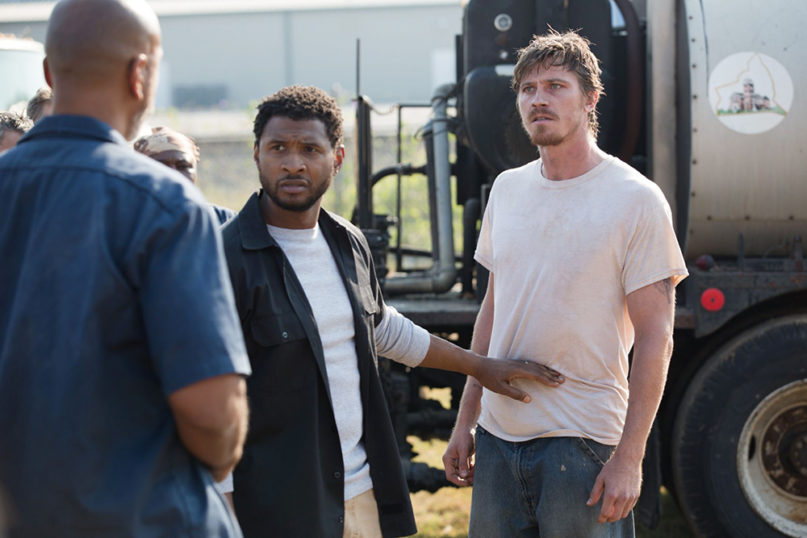 Actors Usher, center, and Garrett Hedlund, right, in a scene from the new film “Burden.” Courtesy photo by Mark Hill

You nevertheless offered assistance to this former Klansman.

They were in need of help. Michael Burden yelled at me, not in a pushy manner but it was a plea for help. And he said, “Rev. Kennedy, I know you don’t trust me,” but he said, “my wife and children need food.” And when those kids raised their bodies from off the back of the truck, they looked very pathetic. I took them to Ryan’s steakhouse and I told him to get all the food they needed to carry them to at least 12 o’clock the next day and don’t worry about the tab. I got it.

You bought him food and your church helped him get housing when he had no place to live after splitting from the Klan. Why?

Because they were part of God’s creation. They’re human beings, regardless of who they were connected with. They needed food and it’s automatic a man would feed the hungry. We felt for them like brothers and sisters.

The movie notes that you had a personal history related to the Klan attacking a relative of yours. What happened?

I have a big old picture of my uncle here at the church. He was lynched on August the 11th, 1913, in Laurens. He was my great-great-uncle, my grandmother’s uncle. The Laurens Advertiser said the mob went in and took him out to lynch him under a (railway) trestle. And under the trestle, we saw the rope was there that they lynched him on up until 1985. So as we rode school buses and then were old enough to drive, we would always look at that rope. 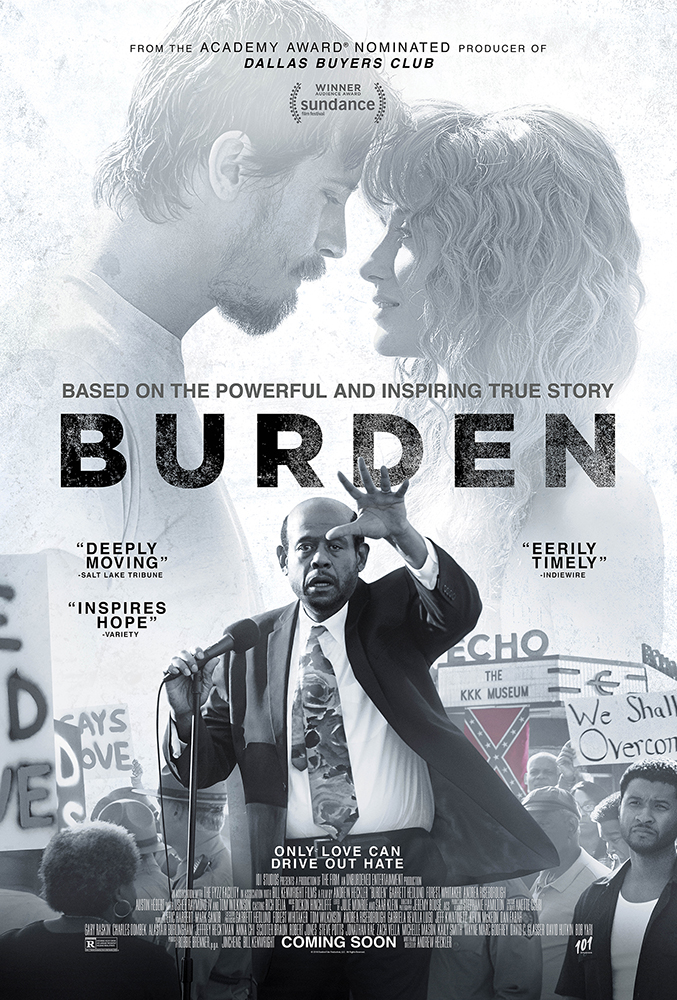 Given this history in your family, given your relative’s experience, how are you able to preach about love over hate?

The power of Jesus Christ. I just think that for those who truly understand what Jesus came to do, to honor his father’s will, then if God can forgive me and offer grace to me, likewise I should accept forgiveness and not hate.

Michael Burden offered you and your church the deed to the Redneck Shop?

Yes. Michael was trying to find anybody to purchase the building. He was poor. He was broke. And he was trying to see his way through.

So your church now owns the building?

So, now what are your plans?

We are hoping, against all the odds, that we’ll get blessed to raise money to renovate the shop, the Echo Theater, and we’re calling it the Echo Project. We want it to be a community center, multicultural oriented, and a place where people from every race, regardless of color, regardless of gender, regardless of religion, will be able to come to build self-esteem, a place where diversity is not only talked about, but is celebrated.

Did you get to meet Forest Whitaker or Usher, who portrayed a member of the community?

It was off the chain. We found out that he was a vegetarian, so all the church members started calling around. What would be the best place to take him? And they said Ruby Tuesday’s. They have a lot of good salads. He was so patient with all the customers inside the place that the Ruby Tuesday’s manager came over. He said, “Mr. Whitaker, would you be willing to go outside and take a picture with my employees?” I didn’t know those many people worked in that restaurant. He went out there patiently and took that picture. And he went to my home, met my wife. He’s a super spirit with a caring heart.

He visited you at your church and saw you preach. How do you think he did as far as demonstrating what kind of a preacher you are?

He went beyond the call of duty. And whatever they paid him, they need to pay him triple. 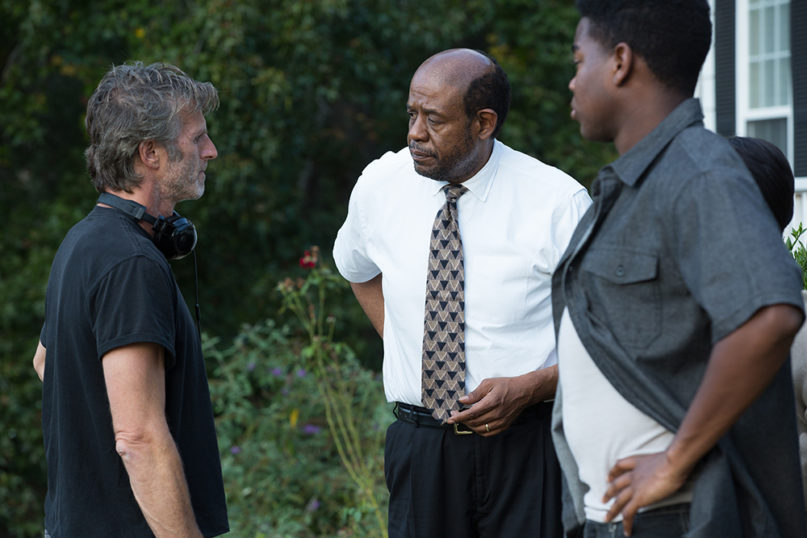 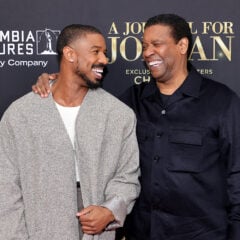