(RNS) — “She’s a sharia supremacist … I hope that you will not be misled into believing that this individual … and what she stands for and most importantly what she is doing with organizations like the Council on American-Islamic Relations, one of the most aggressive Muslim Brotherhood front organizations in the country, must not be endorsed, even if it’s implicitly by this organization. I had hoped that she would not be given a platform. She is. I trust you will listen attentively, but I hope that you will not yourself give her a platform.”

That’s Frank Gaffney, the founder of the virulently anti-Muslim organization Center for Security Policy, as he segued to a talk by U.S. Attorney General William Barr this week at the National Religious Broadcasters’ Christian media convention.

And that ominous figure he’s describing, the “sharia supremacist” bogeyman?

For the record, I am nothing of the sort. I am also not affiliated with the Council on American-Islamic Relations or the Muslim Brotherhood, but fear-mongering is rarely concerned with facts. 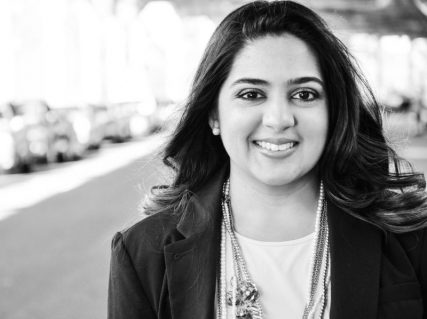 What I am is a lawyer specializing in religious freedom. For the past decade, I have advocated on behalf of a diverse range of religious communities — Muslim, Jewish, Sikh, Catholic and Evangelical. I also speak and write widely on the need to depoliticize religious freedom.

Gaffney’s anti-Muslim advocacy is exactly what you don’t do if you care about religious liberty in America. My panel, including our moderator, NRB Chairman Janet Parshall, explicitly repudiated Gaffney’s comments.

"I felt they were ill-timed, inappropriate and hurtful. Do I make myself clear?" Parshall told the audience.

Titled “Many Faiths—One First Amendment,” our presentation was about the need to protect religious liberty for all Americans, including Muslims. Gaffney had sought to pre-empt that message by insinuating that the panel, and my participation in it, was a mere front for a sinister “takeover.”

Indeed, railing about a supposed Islamic coup is a standard Gaffneyism. In 2010, he was a key witness in a legal challenge of county approval of building plans for a mosque in Murfreesboro, Tennessee. The plaintiffs argued that Islam is not a religion but rather a geopolitical system bent on instituting jihadist and shariah law in America.

Because Islam is not a religion, the argument went, the mosque construction plans should not benefit from the county or federal laws that protect every other religious organization — like the 140 churches in Murfreesboro. 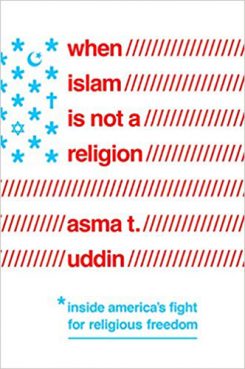 “When Islam Is Not a Religion: Inside America’s Fight for Religious Freedom,” by Asma Uddin. Courtesy image

I interrogate that claim in my recent book, When Islam Is Not a Religion. I explain how seeking to strip religious rights from Muslims poses a fundamental threat to the religious freedom of all Americans. Because the selective application of the law will always come back to bite us, if we cede power to the government to choose what it considers a religion and what it does not, who is to say what is allowed today won’t be prohibited tomorrow?

To understand that point, Gaffney need not look further than the very speech he introduced to be given by Attorney General Barr, who warned about a too-powerful government: “Under our system of liberal democracy, the role of government is not to forcibly remake man and society … Liberal democracy recognizes that preserving broad personal freedom, including the freedom to pursue one’s own spiritual life and destiny, best comports with the true nature and dignity of man.”

When I argue for consistency and integrity in our approach to religious freedom, I am not saying that all religious acts are protected. Those that pose serious risks to life, safety, national security and other government interests the law calls “compelling” can be legitimately restricted.

Gaffney and I are not in a quarrel about the need to protect America from actual threats.

But what Gaffney and other mosque opponents sought in Murfreesboro, and what they seek in the slew of other anti-mosque challenges across the country, is much broader. It has nothing to do with protecting against real dangers and everything to do with generating a fear and hatred that is capable of subsuming all Americans’ rights.

Gaffney might think that his repeated calls for the government to strip American Muslims of citizenship, shut down mosques, monitor Muslim men who grow beards and Muslim women who wear headscarves, surveil Muslim sermons and block the construction of mosques will have no effect on the rights of other religious groups.

If so, he’s deeply mistaken.

Unless we preserve freedom for everyone, we fail to protect it for anyone.

(Asma T. Uddin is a fellow with the Inclusive America Project at the Aspen Institute and author of When Islam Is Not a Religion: Inside America's Fight for Religious Freedom. The views expressed in this commentary do not necessarily reflect those of Religion News Service.)