(RNS) — One of the reasons why Jesus’ call to follow him attracts people so strongly is that he accepts the whole gamut of a person’s humanity — from the unique DNA code that makes some of us tall and others short to our language, culture and social background.

Of course, Jesus is clear we must pick up our cross and deny ourselves — our selfish desires, personal ambitions and impulses — but not who we are. Jesus didn’t come to erase our humanity but to redeem it.

This is why an Ethiopian eunuch, the treasurer of the ancient kingdom of Nubia, could be baptized as a follower of Jesus (Acts 8), even though as a member of the royal court he would likely retain many of his culture’s religious customs. It’s why Naaman, a Syrian general who was healed of leprosy by the Prophet Elijah and became a God-fearer, could worship God while he was compelled to kneel with the king of Syria before a pagan idol (2 Kings 5).

We live at a time when many Christians find themselves in a similar situation: following Jesus while belonging to a culture that has been shaped and defined by a dominant religion. A recent case in India offers a good example.

In 2019, the people of Tadikonda, a village in Andhra Pradesh’s Guntur district, elected Vundavalli Sridevi to the legislative assembly. The seat is reserved for Dalits, formerly known as “untouchables,” whom the ancient Hindu caste system consigned to social ostracism. Sridevi was born a Dalit, a fact she is proud of, yet she became a follower of Jesus. 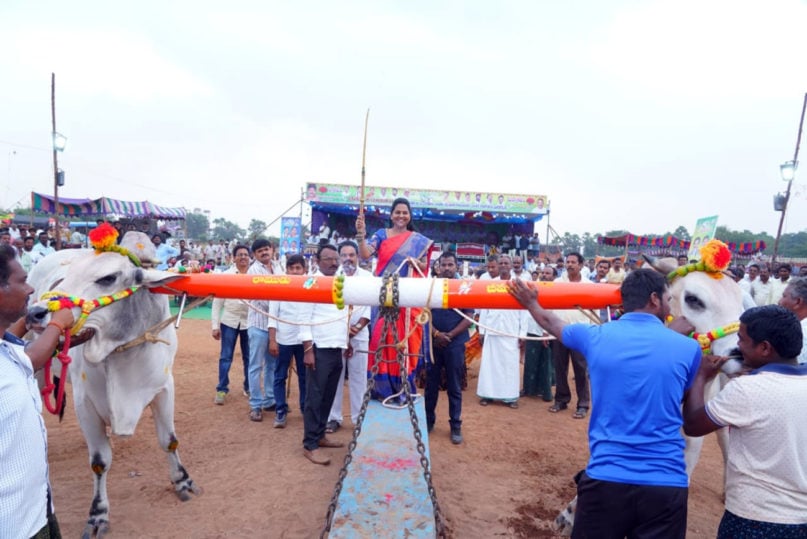 Vundavalli Sridevi, center, an elected member of India’s legislative assembly, participates in an event in December 2019. Photo via Facebook/@DrVSridevi

But Sridevi’s adversaries seized upon her profession of faith, accusing her of lying about her Dalit status when she registered as a candidate.

In legal terms, Sridevi stands on solid ground. In a landmark decision in 1995, the Supreme Court of India defined both “Hinduism” and “Hindutva” (or “Hinduness”) as not only religious descriptions but cultural terms, hoping to prevent politicians from using them to polarize voters along religious lines.

“These words (Hindutva and Hinduism) are used in a speech to emphasize the way of life of the Indian people and the Indian cultural ethos,” wrote the high bench in its decision. In 2016, the court revisited and upheld its 1995 decision.

Moreover, the Indian Constitution allows for a multiplicity of belief and cultural identities. It states that “ … all persons are equally entitled to freedom of conscience and the right freely to profess, practise and propagate religion.”

The architects of the constitution understood that in a country of 1.3 billion people with a myriad cultures, religions, ethnicities and languages, identities are bound to overlap. In fact, the man tasked with drafting the constitution, B.R. Ambedkar, was a Dalit Hindu who converted to Buddhism.

When it comes to the spiritual aspect, Christian Hindus do not live in contradiction between two different identities. Neither are they attempting syncretism. Rather, Christian Hindus embrace the truth that is found in the person of Jesus Christ and his life, death and resurrection, while holding on to their vibrant Hindu culture. 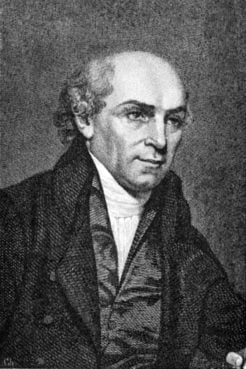 While living in Kolkata (then called Calcutta) in the early 1800s, English missionary William Carey noticed how Indians who decided to follow Jesus retained their Hindu culture. He coined them “Hindu Christians.”

Carey, known as the father of modern missions, is remembered for translating the Bible and portions of it into 29 local languages and dialects and contributing grammars in local tongues, playing a key role in making English education accessible in India. He is best known for being a fierce advocate for the rights of Dalits and women, famously rallying a coalition of Hindu reformers and Protestants to ban the Sati practice in which widows immolated themselves or committed suicide after their husband’s death.

In 1993, on the bicentenary of Carey’s arrival, the Indian government released a commemorative stamp celebrating his legacy as a true son of the soil.

Carey’s 200-year-old conclusion that “Hinduism” describes a culture rather than one particular stream of religious thought remains true to this day. This nuanced understanding of their identities allows Hindu Christians to retain or embrace Hindu values such as respect for elders and the importance of the traditional family.

In the spirit of the Hindu Bakthi (devotion) tradition, they see total allegiance to the person of Jesus Christ and the Bible as central to their identity, and like many Hindus who believe in monotheism, they reject idolatry.

Christian Hindus also seek to preserve their art, music, language and literature as they are fiercely patriotic and proud of being Indians.

Not everything within Hindu culture converges with the beliefs of Christian Hindus. The caste system is anathema to the scriptural teaching that every human bears the image of God. Though the constitution outlawed untouchability — the practice of physically and socially marginalizing Dalits — the caste system lingers in daily prejudice, injustices and violence against members of lower castes. Caste prejudice is so pernicious it has seeped even into the Christian and Muslim communities.

Yet Indians, whether they identify with Hindu culture or not, increasingly believe it should be abolished once and for all. And Hindu Christians in particular believe Jesus died for the sins of the whole world, including all Indians from all castes, and made the Holy Spirit available so people may know God personally.

At a time when issues of identity such as citizenship rights and religious nationalism are polarizing societies, Christian Hindus are evidence we can coexist. They show us someone can follow Jesus wholeheartedly without denying who they are. After all, Indians have been doing this for nearly 2,000 years since the Apostle Thomas brought Christianity to India. We must not allow politicians to force us into ethnic or cultural silos.

(The Most Rev. Joseph D’Souza is the founder of Dignity Freedom Network, an organization that advocates for and delivers humanitarian aid to the marginalized and outcasts of South Asia, and is archbishop of the Anglican Good Shepherd Church of India. He serves as president of the All India Christian Council. The views expressed in this commentary do not necessarily reflect those of Religion News Service.)