VATICAN CITY (RNS) — In her new book about the Annunciation, Catholic convert and poet Sally Read addresses young people’s relationship with social media and its impact on faith, drawing from her personal experience as a mother.

The British author of “Annunciation: A Call to Faith in a Broken World” converted to Catholicism in 2010 after being an atheist her entire life. Now, as her young daughter begins to face the challenges of faith in a world that puts a premium on selfies, likes and followers, Read offers a guide to help her hold on to her beliefs.

“I’ve always had a real thing about the Annunciation, even as an atheist,” she told Religion News Service during a phone interview March 13. “While I was thinking about writing this book, I suddenly had this image in my head about how the Annunciation reflects every aspect of our relationship with God.”

The book is divided into the five phases of the encounter between the Archangel Gabriel and the Virgin Mary described in the Gospel of Luke: God’s presence and invitation, his call to “not be afraid,” the recognition of the beholder’s identity as “the handmaiden of the Lord,” the acceptance of vocation and, lastly, when the angel departs.

“In a way, the book is about God being there and not being there,” Read explained.

After what she described as “a very dramatic conversion,” Read struggled with getting her husband and the rest of her family on board. She said her daughter, Flo, was the one who was closest to her during her conversion and spent time discussing Catholic matters with her, including the nature of the Trinity. 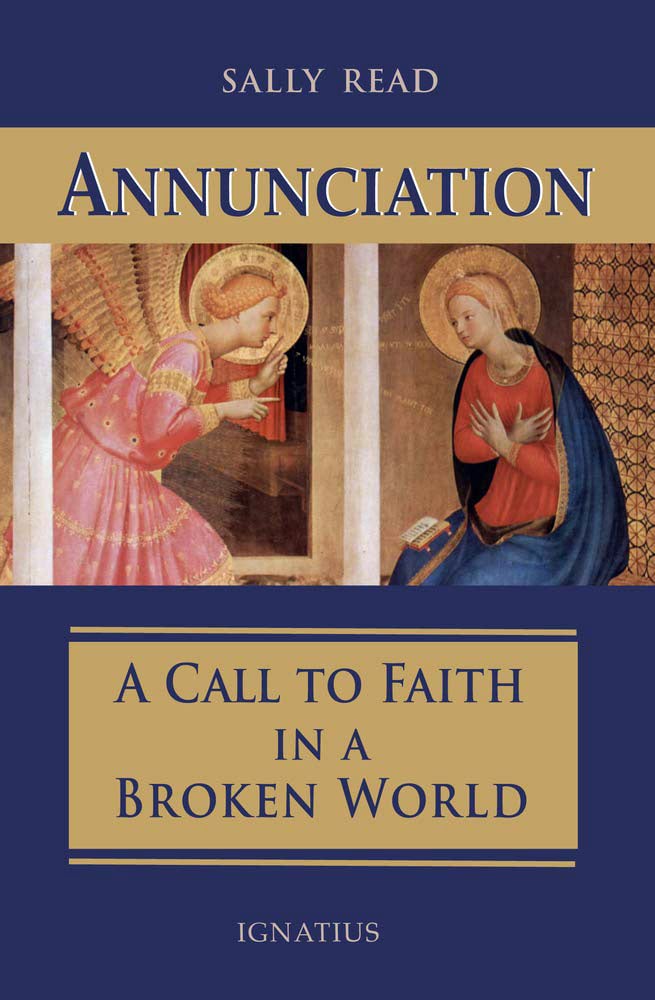 “Annunciation: A Call to Faith in a Broken World” by Sally Read. Courtesy image

But as her daughter grew older and her father and friends wouldn’t go to Mass, Read witnessed an uncertainty surrounding Flo’s relationship to the Catholic faith. Then one day her daughter told her she didn’t want to receive the sacrament of Communion the following day.

“I thought that I needed to harness her amazing intuition about the faith and mix it with her clearsightedness,” Read said, adding that “every word in the book is designed to help my daughter.”

While attempting to teach catechism in Santa Marinella, the maritime Italian town not too far from her home in Rome, Read began to understand the struggle of teaching the Catholic faith to young people and felt her efforts were not getting strong results.

“Generally, this generation is particularly unchurched and particularly in prayer and what prayer really is,” she said, noting that her daughter often says she feels “like she is talking to a wall” when she attempts to pray.

From this experience, Read writes in her book about a “veil” separating people from God and describes prayer as talking to that veil while knowing God is on the other side.

The book is “also about questions that are very pertinent about this generation, which revolve around identity,” she said. “I see in my daughter and her friends that this is the question that obsesses all of them. Who am I? How am I going to be famous, have more followers and all that stuff?”

“It’s about showing them that your worth can only be found in God,” Read said.

According to Read, those born on the crest of the digital revolution, millennials and Generation Z, have seen “the gaze of God be replaced by the gaze of social media and the gaze of peers, people they don’t know.”

She believes that silence and contemplation in the modern age have been replaced by the need for immediate feedback — to post our experience online for the judgment and validation of others.

“That’s very unhealthy, because we all know that the reaction of other people is very unstable, and it tends to not be good. It erodes our reliance and awareness on the need to live in God’s gaze,” Read said.

Her hope is that through the story of the Annunciation, the book might help in “keeping people grounded in who you are” and offer a support for mothers and their children attempting to figure out faith in today’s interconnected society.

“The book really is a letter to my daughter, but it is also universal,” she said.