(RNS) —  The Rev. Michael Chitwood has been a fan of President Donald Trump in the past.

But the recent stimulus bill passed by Congress seems to have changed his mind, according to Chitwood’s social media feed.

On Friday, after claiming the president was “not trying to kill grandma to juice the Dow,” Chitwood’s Twitter feed began denouncing the stimulus deal, claiming it was a sellout and adding a false claim that the bill gave $2 billion to “the Indians.”

“Trump did just sell us out to get elected by signing this stupid bill,” Chitwood tweeted.

“S 3548 is the worst bill I have ever seen in my life. It’s a sellout. And is certainly not for your good. It’s a rip off. And you got ripped off,” another tweet stated.

S 3548 is the worst bill I have ever seen in my life. It’s a sellout. And is certainly not for your good. It’s a rip off. And you got ripped off.@WhiteHouse @realDonaldTrump @FLOTUS @DonaldJTrumpJr @jsolomonReports

Chitwood is a longtime financial adviser to prosperity gospel and charismatic churches. He also pastors Celebration Church in Chattanooga, heads the International Congress of Churches & Ministers and runs seminars on “wisdom and wealth.”

The social media feed also claims, “Canada gave their people 8,000 per person” while the U.S. gave money to special interests. Chitwood’s feed also denounced Speaker of the House Nancy Pelosi for seeking abortion funding during negotiations over the bill. Before the $2 billion stimulus package passed, the feed also claimed first that the stock market would rebound and “the best is getting ready to come” and later that the financial system would “come to a halt.”

Chitwood also seemed to take to social media to address folks who questioned whether the tweets were real.

“By the way these post are all from me,” the feed said. “(D)on’t try to blame anyone else … I doubt if any of you people have even read S 3548. You don’t have a clue what’s in it. So sit down have another cuppa coffee and shut your mouth.”

At least one tweet showed a Trump-like bluntness in criticizing the president and Congress: “Great job Dumb A**.”

Chitwood did not immediately respond to a request for comment. 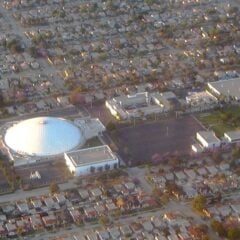