COVID-19 has made that impossible.

While some religious groups have moved their services and some of their sacraments online amid the coronavirus pandemic, Roman Catholic bishops say confession by virtual means like cellphones is a no-go.

That can leave Catholics like Gonzales, a former nun, worried.

“I think I’m sinning about the same amount as when I was out of quarantine,” said Gonzales.

Gonzales said even if in-person confession were available right now, she’d decline. She said she’s not going to risk her life just to go to confession, even though she misses it.

“I haven’t gone, and I’m not going to go because I’m a big chicken,” she said.

For Catholics worldwide, the sacrament of reconciliation, also known as confession, is an essential part of their religious practices. According to Catholic teaching, a proper sacramental confession can only occur in person, a near impossibility in the age of social distancing. 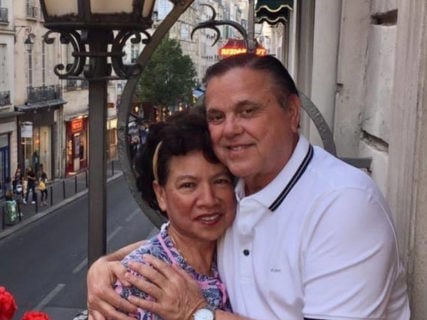 At some San Antonio parishes, such as St. Matthew Catholic Church and Prince of Peace Catholic Church, parishioners can schedule a one-on-one meeting with a priest to receive confession. Because private confession booths often do not meet social distancing requirements and might become contaminated, many times those who decide to confess must declare their sins outdoors, said Gonzales.

Having to confess their sins in a public setting can be a deal-breaker.

“A lot of us don’t feel comfortable; we want to be behind the screen,” she said.

Some priests have become creative by offering drive-thru confession. This can provide a level of anonymity because the priest can close his eyes when the parishioner speaks, but lining up in a church parking lot to spill one’s sins is a far cry from the privacy of a confessional booth.

The Rev. James Heft, director of the Institute for Advanced Catholic Studies at the University of Southern California, said drive-thru confessions can be effective, but there is a learning curve for priests and parishioners alike. Heft, a Catholic priest, recently encountered this firsthand, when a penitent drove up to a drive-up confessional and forgot an essential step in the process.

“He forgot to roll his window down and I had to tell him I don’t read lips,” Heft said. The two soon sorted things out.

If in-person confession is not an option, Heft said, then parishioners could borrow some advice from the Bible and talk to their fellow Catholics about their sins.

“In the Book of James, it says to confess your sins to those around you,” he said. “I think that’s valuable.” 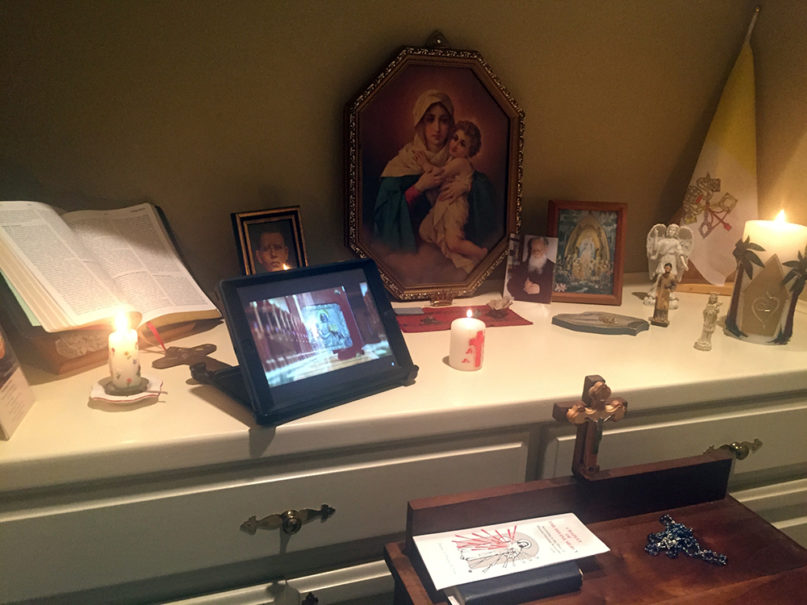 The personal altar at the Gonzales home in San Antonio. Courtesy photo

Iliana Barceló Hieger, who is part of Holy Trinity Catholic parish in San Antonio’s Stone Oak neighborhood, said her church had been doing confession by appointment only but stopped recently.

So far she has not missed it.

“I have a confession,” she said. “I went maybe once a year.”

The Rev. Duncan Amek of St. Matthew Catholic Church said he is performing significantly fewer confessions than usual, and they are mostly for older Catholics, who want to receive the sacrament despite being at higher risk of coronavirus complications. Amek doesn’t believe that virtual confession will be offered anytime soon.

“This coronavirus is not going to last forever,” Amek said, “and the church cannot just change confession because of it.”

In March, Archbishop Leonard Blair of Hartford, Connecticut, head of the committee on divine worship for the United States Conference of Catholic Bishops, sent out a memo saying that the Vatican had banned cellphone confessions due to privacy concerns. 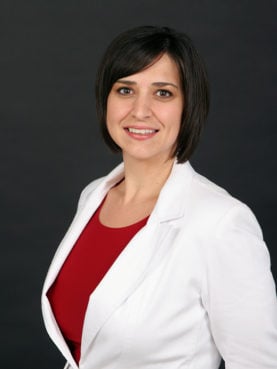 “In addition, in the present circumstances cell phones should not be used even for the amplification of voices between a confessor and penitent who are in visual range of each other. Current threats against the seal of confession also raise questions about information on cell phones,” Blair wrote, according to the Catholic News Agency.

Gonzales agrees with the bishops. She does not like the idea of over-the-phone confession, especially if church leaders disapprove.

Other Catholics such as Adrienne Truelove, who attends Our Lady of Perpetual Hope in Corpus Christi, Texas, feel differently. Truelove, who goes to confession as often as once a week, said she’s having confessional withdrawals, despite praying for forgiveness.

“Telling a man, a person in flesh, the things that you’ve done; there’s something different about that. God knew what he was doing,” she said.

Truelove believes the church needs to change with the times “like everybody else.”

“Maybe I’m wrong and I missed the memo,” she said, “but virtual confession being prohibited by the church is unacceptable to me.”