(RNS) — News that a seminal figure in the decades-long abortion debate was allegedly paid to advocate against the practice is triggering mixed reactions from religious leaders.

Norma McCorvey, also known as the anonymous plaintiff “Jane Roe” in the landmark 1973 U.S. Supreme Court case Roe v. Wade, has long been a champion of the anti-abortion movement. Although initially a supporter of abortion rights, she befriended evangelical Christian minister Flip Benham in the 1990s and shifted her stance: She converted to Christianity in 1995, quit her job at an abortion clinic and joined Benham’s anti-abortion group Operation Rescue. She then converted to Catholicism in 1998 — the faith she had encountered as a child while attending Mass with her Catholic mother.

But according to a new documentary on her life, “AKA Jane Roe,” which premieres Friday on FX, McCorvey made a startling claim during a “deathbed confession” delivered in 2017: She was paid to embrace the anti-abortion movement.

“I was the big fish. I think it was a mutual thing. I took their money, and they’d put me out in front of the cameras and tell me what to say. That’s what I’d say,” she says in the documentary, according to the Los Angeles Times. “It was all an act. I did it well, too. I am a good actress.”

Rusty Thomas, the national director of Operation Save America (formerly Operation Rescue), argued that his organization “took very serious before God our duty to care” for McCorvey’s “bruised and battered soul.” He also alleged the Catholic Church gave her speaking opportunities “that would not only give her public recognition in the pro-live movement, but speaking fees as well,” and that “both sides to a certain degree exploited Norma for their own purposes.”

“I truly believe Norma had a genuine conversion, but other things entered in to seek to discredit her testimony and I’m sure the powers that be will take advantage of it to further their pro-abort/homosexual narrative that paints all Christians as hypocrites, charlatans, and liars,” he said in a statement sent to RNS. “Through it all, a few things I truly know, Jesus is still Lord, abortion is still a sin and crime, and the world will use this controversy to justify the evil of abortion.”

In a statement, Joe and Ann Scheidler — parents of Eric J. Scheidler, executive director of the Pro-Life Action League — insisted that McCorvey’s religious conversions were genuine, as was her personal opposition to abortion.

“I met Norma McCorvey when she was still promoting abortion,” said Joe Scheidler, recounting a 1989 meeting of abortion advocates he attended. “And I met her again shortly after her conversion. She testified at our fifth ‘Meet the Abortion Providers’ conference in 1996 and was a witness on my behalf in the NOW v. Scheidler trial in 1998. We had many conversations over the years and I am convinced that her conversion and pro-life commitment was one hundred percent genuine.”

“I got to know Miss Norma, as she liked to be called, after she became a Catholic,” said Ann Scheidler. “She was proud to call herself Catholic and worked so hard to get Roe v. Wade overturned. She wanted to undo the damage done by the Supreme Court decision that bore her pseudonym.”

The U.S. Conference of Catholic Bishops — leaders of which have listed McCorvey as an exemplar in recent anti-abortion gatherings — did not respond to requests for comment. Neither did the March for Life, a massive annual anti-abortion demonstration that featured McCorvey as a prominent speaker in Washington, D.C., gatherings on multiple occasions and still lists her on its website as a crucial figure in the march’s history.

“I’m sad but not surprised to learn that anti-abortion extremists coerced a vulnerable person into being their paid puppet,” she said. “As a Christian pastor, I find nothing Christ-like about this deceitful tactic used by the anti-abortion movement for decades. We cannot begin to measure the impact that this decades-long lie has had on dismantling access to reproductive health care in this country.”

But a spokesperson for the Ethics and Religious Liberty Commission of the Southern Baptist Convention — which helps host the Evangelicals for Life conference and whose website has published content about McCorvey — contended her reversal changes little.

“The pro-life movement isn’t centered on any one person or any particular individual story,” said Elizabeth Graham, who oversees the ERLC’s anti-abortion initiatives. “From a Christian perspective, it’s about reminding all of us that even the most vulnerable people in our society, the pre-born, are made in the image of God. Beyond that, we know there are countless stories of mothers who regret having an abortion who have now become some of the most passionate pro-life voices. No movie or television show changes that fact.” 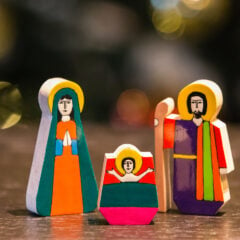 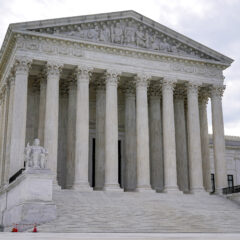