This declaration, in a county resolution form, will be up for approval later this month after pastors, faith leaders, residents and community organizers advocated for the shift in the wake of the police killing of George Floyd.

On Tuesday (June 9), the county Board of Supervisors directed its staff to draft a resolution. Their next meeting is June 23.

The Rev. Samuel Casey urged the supervisors to not speak for the black community, but to work with them through this process.

“Please do not make this ceremonial. Please do not patronize us. Stand with us. Work with us. Incorporate us in the process,” Casey, pastor of New Life Christian Church in Fontana, told the board.

He added: “For those of us who are in the faith, it’s time for us to tear down the dividing wall that has far too long separated us.”

This effort emerged the last week of May, days after Floyd was killed by Minneapolis police during an arrest.

Casey, who is the executive director of Congregations Organized for Prophetic Engagement, said he received a text from a colleague alerting him to news of racism being deemed a public health emergency in Columbus, Ohio.

He felt San Bernardino County should do the same and alerted the Rethink Public Safety Coalition, a group spearheaded by Congregations Organized for Prophetic Engagement. 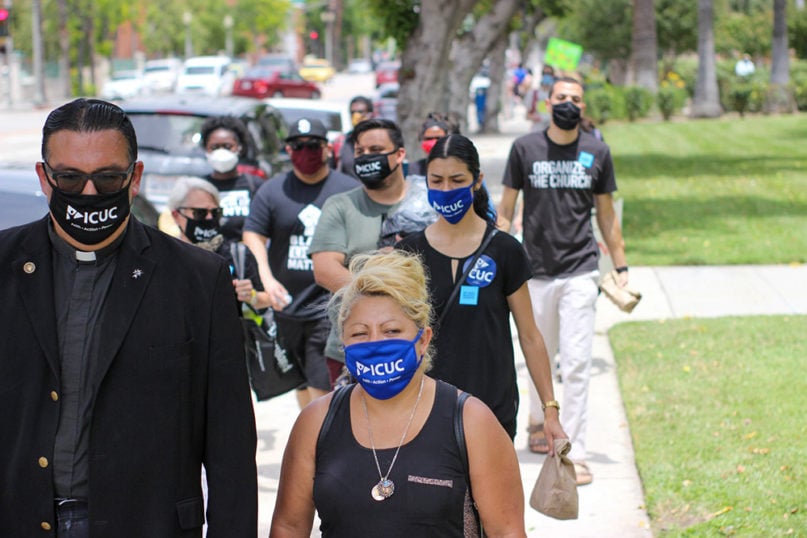 People attend a demonstration where faith leaders and other organizations demanded that racism be deemed a public health crisis in San Bernardino County, California, June 2, 2020. Photo courtesy of Inland Congregations United for Change

The coalition quickly mobilized and with other groups staged a demonstration outside the San Bernardino County government center on June 2, when the board was scheduled to meet.

This coalition has sought to prioritize resources for schools and education over prison and incarceration and has raised awareness of how black students were suspended at higher rates than students of other races. The coalition has also hosted community forums for residents to meet the county public defender and district attorney.

Members of the coalition have been working to make it clear that race plays a factor in people’s outcomes.

The San Bernardino Sun highlighted how although only about 9.4% of residents in the county are black, at least 10.6% of those who have died from COVID-19 here were black.

Ben Reynoso, economic organizer for Inland Congregations United for Change, said the “people were ready to declare this (racism) a public health crisis.”

Reynoso said this declaration could pave the way for money to fund outcomes associated with racism, which causes stress among black people who in turn could benefit from mental health resources.

“It validates a lot of things that have been in America for hundreds of years,” he said. “It’s a strategy to begin digging into policy — in how we can allocate funding in a real way if the language is correct and truthful.”

The Board of Supervisors also directed staff to form a countywide group made up of residents and experts in health care, education, economic development, law and justice, and other fields to identify needs and explore how to increase equity in all aspects of life.

Casey said this declaration and the work that comes with it must center the black experience.

“The fight that black Americans are on is a tide that lifts all ships,” he said.

He said that for this to work, the coalition of faith leaders and community groups must be part of the process.

“It is our faith that has informed this work,”  he said. 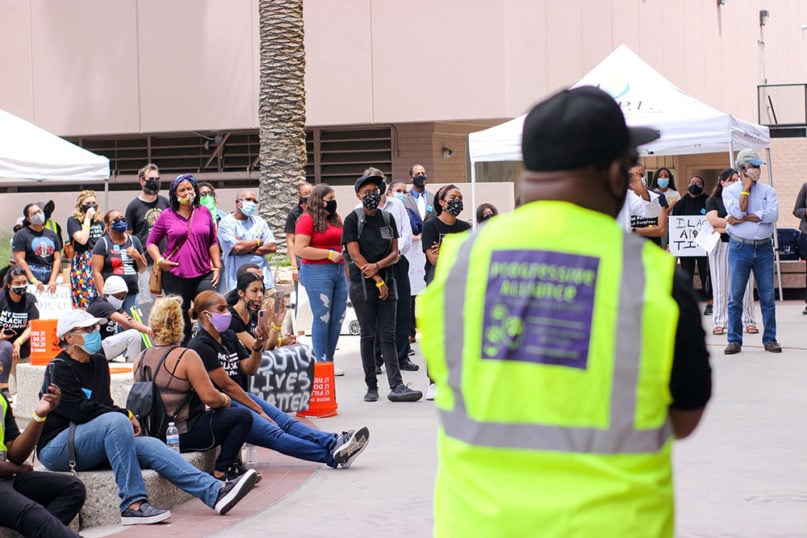 People attend a demonstration where faith leaders and other organizations demanded that racism be deemed a public health crisis in San Bernardino County, California, June 2, 2020. Photo courtesy of Inland Congregations United for Change