(RNS) — “Selfish.” “White savior.” “What disgusting people.” “Entitled tears.” “She just got rid of him because it got hard.” “She just wanted a perfect family.” “Racist.” “You failed as a mom.” “I rejoice that he escaped your family.” “Now your child will never be able to trust anyone.”

You have to steel yourself before reading the comments left on Myka and James Stauffer’s recent announcement on YouTube that they had decided to place their 4-year-old adopted son, Huxley, with a new family.

Myka Stauffer, who gives parenting advice on YouTube to more 700,000 subscribers, announced May 26 in an emotional video with her husband that they had “rehomed” their son roughly 18 months after adopting him from China. I can’t speak to the specifics of their situation. But as an adoptive mom to seven children, I know firsthand what goes into building a family of kids with uncommon needs and unknown struggles. The devastation when we have to place them in others’ care, even temporarily, is a unique heartache and terribly isolating. It’s nearly impossible for anyone who has not been through it to understand.

While adoption can be beautiful, it is always complex. Miraculous when it works out, it is devastating when it does not, and sometimes it does not. No one sets out to adopt their child with the intention of not raising them for the rest of their lives. Adoption is not a trial run. We adoptive parents know that full well.

When these challenges arise, adoptive parents place everything else in their lives — marriage, friends, other children — on the back burner to find help for their child. But options, if they exist at all, are minimal, typically cost-prohibitive and often ineffective. After trying everything, parents are sometimes left to make an excruciating decision.

When they do, the grief is compounded by painful judgment from those who have not been with them through this difficult journey.

This is what has happened to the Stauffers. The question for me is not why they decided as they did, but why people feel right to judge.

Through many years and much thought, I have formulated a few theories as to why humans choose judgment instead of empathy.

Intellectual laziness. We Americans tend to avoid nuance. We think dualistically, sizing up others as “all good” or “all bad.” We neglect the in-between and think too simply in black and white. Engaging takes effort, so instead we lazily choose judgment.

Justification of our inaction. We can judge an adoptive family who made the hard choice while patting ourselves on the back that “I” would never do that to a child. Meanwhile, though 150-some-odd-million kids sit in orphanages around the world and 100,000 foster children in our own country wait for adoption, we can stay out of the ring while judging those in it.

Artificial sense of security. Believe it or not, other adoptive parents can be the most judgmental. They have convinced themselves that their child is faring better as a result of their own superior adoptive parenting, not because of factors outside their control (such as genetics, trauma or mental illness). We judge others so that we can tell ourselves “it would never happen to me.”

Falsely assuming a moral choice. Releasing a child to another’s care is never a decision made lightly and has nothing to do with a simple moral choice. If the child stays in the family, the family suffers from anxiety and compounded trauma, so instead of dealing with only one child with trauma, suddenly the parents have an entire family of traumatized children and they too are traumatized. If they remove the child, parents experience intense guilt; they may be charged with abandonment and subject to painful, accusatory and invasive Child Protective Services investigations. Parents will lose much either way, and they know it.

Playing God. We cannot know God’s plan for a family or a child. We are not God. Oftentimes, a second placement is more successful than the first, not because of fault in the first family, but because a child often releases their pain like a torrent on the first family and is then better able to bond with a second one. Or, if the original adoptive family was not equipped for the unique challenges of the child, the second family can be more intentionally matched to the child’s specific needs — needs known only after the adoption was finalized.

Rather than deal with these judgments, families often suffer in silence, painfully conflicted. If we make adoption look less than appealing, we hurt the “cause.” If we tell the truth, we violate our kids’ privacy. If we stay silent, we all are worse off.

Families who choose to let go of a child lose much more than just their child. Slandered, shunned, condemned, some lose nearly everything — friends, extended family, church, community. We feel the scorn of neighbors. We hear the rumblings from relatives. We learn that people want to be part of something seemingly heroic that costs them little but not part of something confusing and painful that is not so pretty.

Because of this, many moms who have let go become severely depressed. In my own online circle, two moms could endure no more and lost their lives to suicide. Moms who have walked this devastating road want to crawl into an actual hole and not come out, but the guilt of not taking care of the rest of the family keeps them from doing so. 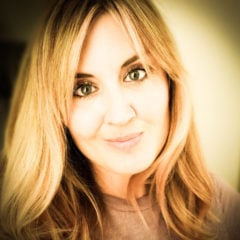 It is dark. Painful. And isolating.

To the Stauffer family: You have my solidarity and prayers. I applaud your courage and humility. Please take care of yourselves and each other. One day you will find solace in knowing you did the hardest of things with the humblest of courage, aware that the cost would be the pain of seeing yourself judged.

(Heidi Weimer lives in Washington, D.C., where she is pursuing a J.D. from Georgetown Law and a Master of Public Health from George Washington University. She is the mother of 11 children, four biological and seven adopted from Ethiopia. The views expressed in this commentary do not necessarily reflect those of Religion News Service.) 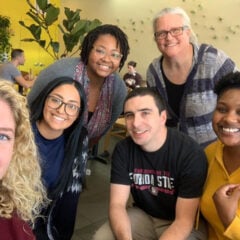 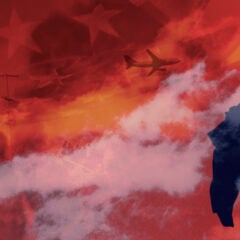 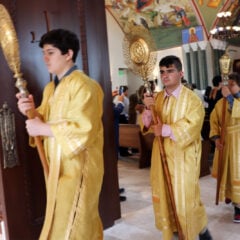 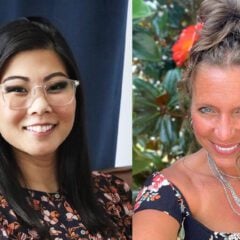 News
These adoptees refuse to be Christian pro-life poster kids
Follow us on Facebook!
Submit your photos to RNS