(RNS) — Black Lives Matter protester Oluwatoyin Salau has been found dead days after she posted on Twitter about being sexually assaulted.

The Tallahassee Democrat reports the 19-year-old’s body was found Saturday night, and police and family confirmed the death Monday morning. Salau is one of two homicide victims discovered in southeast Tallahassee a few miles from where she was last seen on June 6. The other victim was 75-year-old local politician, grandmother and retired state employee Victoria “Vicki” Sims.

Salau went missing the same day she tweeted about being molested by a man who offered to give her a ride to a church. She tweeted that she had been staying at the church to take shelter from “unjust living conditions” at her home.

“He came disguised as a man of God and ended up picking me up from nearby Saxon Street,” she tweeted. ”I trusted the holy spirit to keep me safe.”

Salau, known to friends and family as “Toyin,” wrote that she was assaulted at the man’s house. She also said she called the police after the assault happened.

Several people replied to her on Twitter offering help and asking after her well-being. She did not respond or tweet after posting the initial thread about her assault.

On Twitter, writer and theologian Candice Marie Benbow said, “Seeing news that Oluwatoyin Salau has been found is heartbreaking. What haunted me the most about her telling her story was that she said she went with the man because she trusted the Holy Spirit to keep her safe.”

Faith in Public Life also tweeted, saying: “No one should have to fear for their safety when they believe they are being taken to a house of worship or fleeing abuse. We will never forget #ToyinSalau.”

No one should have to fear for their safety when they believe they are being taken to a house of worship or fleeing abuse. We will never forget #ToyinSalau 💗🙏 pic.twitter.com/nGBHhGzMMo

Suspect Aaron Glee Jr., who is 49, was arrested and is now in custody. He had been arrested twice recently for violent offenses, including for aggravated battery, after being found kicking a woman in the stomach, according to the Tallahassee Democrat. Investigators have not released further details about the double homicide.

At Black Lives Matter protests, Salau recited the names of black people who had been killed. According to USA Today, at a protest in front of the Tallahassee Police Department last month, Salau said: “I don’t want their names gone in vain.” 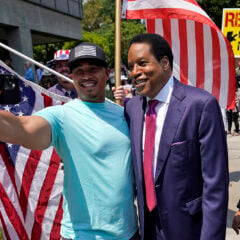 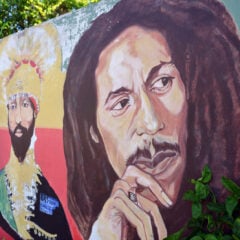 Written in Protest
In the beginning, there was reggae 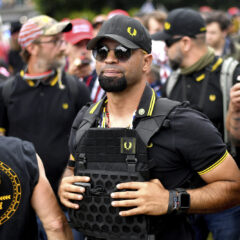