(RNS) — Perhaps it’s time for white American evangelicals to rethink what privilege and blessing mean to us.

On Sunday (June 14), Louie Giglio, a white evangelical pastor, held a panel discussion on race at his Passion City Church in Atlanta, sharing the stage with Lecrae, a black Christian rapper, and Dan Cathy, CEO of Chick-fil-A. When the term “white privilege” came up, Giglio recognized that the concept was hard for some white people who don’t feel privileged to grasp.

“I feel like on the inside of the church we’re fighting this historical context you (Lecrae) talk about,” Giglio said. “In other words, we love the blessing of the cross but we don’t love to sit in it and realize this is what God’s asking me to do, to die to myself, and live for him, whatever context that’s going to look like for me.”

With that setup, Giglio talked about turning the blessing of the cross “upside down” to reframe white privilege for white Christians. What he said next inadvertently started a social media firestorm.

“We understand the curse that was slavery, white people do, and we say ‘that was bad,’” Giglio said, “but we miss the blessing of slavery that it actually built up the framework for the world that white people live in and lived in.”

On Tuesday, Giglio apologized, saying he was wrong to describe the advantage that white people gained from years of slavery and oppression as any kind of blessing. He admitted he had a lot to learn and that he had only wanted to help white people understand that white privilege was real.

The basic concept Giglio was trying to explain is that America’s history of racial oppression against people of color didn’t stop favoring white people with the end of slavery. Our racial history has had an effect that lasts to the present day. Ruts and barriers were dug and erected repeatedly to maintain white people’s dominance socially and economically over black and brown people.

As Michael O. Emerson and Christian Smith said in their landmark 2000 book “Divided by Faith,” “The United States is indeed a racialized society, always was in the past, and in many respects is becoming more so.” 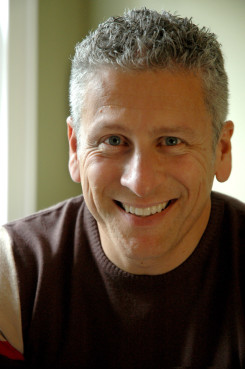 By changing out the words “privilege” and “blessing,” Giglio, in a forum directed at white evangelicals, tried to flip the phrase around so they might understand the concept. Instead, he missed the mark entirely. How can anything from slavery be seen as a “blessing”?

But there is something more fundamentally wrong with how Giglio used the word “blessing” that impacts our views of race on a deeper level.

It should be obvious, first of all, that slavery can never be a blessing. Abraham Lincoln, in his second inaugural address, raised the possibility that the devastation of the Civil War was God’s judgment on the evil of slavery itself. If the nation’s strife continued, the president said, “until all the wealth piled by the bondsman’s 250 years of unrequited toil shall be sunk and until every drop of blood drawn with the lash shall be paid by another drawn with the sword as was said 3,000 years ago so still it must be said ‘the judgments of the Lord are true and righteous altogether.’”

As Christians, we too believe that God brings judgment on people, arguments and systems that promote injustice and set themselves up against the knowledge of God and the ways of Jesus. If anything needs to be flipped, it is this, since the kingdom of God is upside down from the kingdoms of this world.

Evangelical Christians in particular, however, should examine how Giglio’s definition of “blessing” hews to America’s understanding of blessing as material, economic, and in terms of who has power.

We Christians are called to have the same attitude as Jesus, who did not consider equality with God a thing to be grasped, but made himself nothing, taking the very nature of a servant, and becoming obedient to death on a cross.

Wealth, power and prosperity can be good things if used rightly for the benefit of self, in relationship with others and for the common good. But if those things are used defensively in opposition to others, to separate from others, or to promote, protect and defend our “way of life” over and against others, then they become a scourge both to ourselves and to those we artificially set ourselves over.

As America continues to grapple with the legacy of slavery, I hope white evangelical Christians will more accurately see “blessing” not in a material sense or according to how well we hold on to the power that we have accrued socially and politically to protect our “way of life.”

Rather, I hope we will see true blessing in the upside-down ways that Jesus defined it so we would be better positioned to use whatever we have to sacrificially love and be a blessing to others as we listen to and care about our black, brown and immigrant neighbors when they tell us that things in America are still not as they should be. Their voices should matter to us.

Perhaps then, we can humbly work with our neighbors to set things right and tell a better story together.

(Alan Cross is a Southern Baptist pastor, writer and the author of “When Heaven and Earth Collide: Racism, Southern Evangelicals, and the Better Way of Jesus.” The view expressed in this commentary do not necessarily reflect those of Religion News Service.)