(RNS) — For the next four weeks, Molly Lippitt will spend her days sorting and bagging food at a Detroit distribution center that supplies shelters and soup kitchens in five Southeast Michigan counties.

It’s her way of giving back in this time of self-isolation when jobs are scarce and needs are overwhelming.

Lippitt is part of a cohort of nearly 100 Jews, aged 18 to 29, who are spending a month volunteering with a variety of nonprofit organizations as part of a new Jewish service alliance.

The effort, called Serve the Moment, is intended to inspire young Jewish adults to perform 100,000 acts of service during a turbulent summer when the coronavirus is spreading and social unrest over racial inequality has sparked nationwide protests. (Each touch point, such as a tutoring session, is considered an “act of service.”) 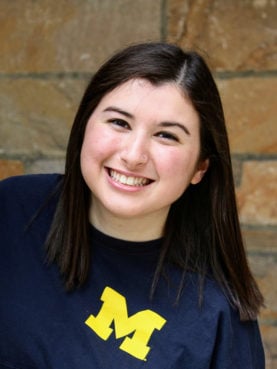 “A lot of systemic issues in our society makes it super important for me to step up and volunteer and help people who are more vulnerable,” said Lippitt, who is 22 and recently completed a master’s degree from the University of Alcalá near Madrid, Spain.

On Monday (July 13) she began volunteering at Gleaners, a community food bank.

Serve the Moment is led by Repair the World, a 10-year-old nonprofit that encourages Jews to volunteer. The name Repair the World comes from the Jewish mystical concept of “tikkun olam,” which literally means “repair the world” but has come to connote social action or social justice.

The new initiative boasts 30 some organizational supporters, including the Jewish Federations of North America, Hillel International and the Combined Jewish Philanthropies. It has so far raised nearly $1.8 million and has ambitious plans to extend beyond the summer volunteer cohort.

“We have a once in a lifetime opportunity to unite the Jewish community and bring together a coalition that’s bigger than any one of our organizations to prioritize service and racial justice across the whole community,” said Cindy Greenberg, CEO of Repair the World.

Normally, many college students work as counselors at Jewish summer camps, but the coronavirus forced those camps to cancel this year. Greenberg said the realization that these young adults would have free time this summer is what gave her and her staff the idea for Serve the Moment.

The effort is modeled after AmeriCorps, the national service program where volunteers spend a year working in public and private organizations to address various social needs.

Serve the Moment likewise calls its first cohort “corps members.” They will volunteer at nonprofits that distribute food for the needy, provide tutoring for children, answer hotlines for Spanish speakers and provide child care for essential workers. 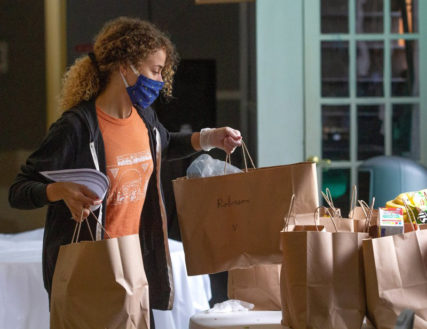 A Serve the Moment volunteer organizes bags for distribution in June 2020. Photo courtesy of Repair the World

Each member will serve 28 hours a week — in person or online — and undergo four additional hours in an online group session at which they will learn about critical needs — whether food access, education gaps or racial inequality.

Each corps member may opt in for a $500 sliding scale stipend for the month.

Corps members will serve in 18 cities among a group of nonprofit groups the organization has partnered with for the initiative.

Where possible, some will work in person. Others, like Alyssa Romo, who has asthma, will work online. Romo will split her time researching grants for a San Francisco hunger relief organization called Food Runners and providing computer support and check-ins to elderly people through a Jewish social service group.

A rising junior at Columbia University, Romo said she wanted to serve but didn’t have any contacts with nonprofits.

“I was happy to find Serve the Moment because they facilitate the connection between you and the service organization, so it was much easier to start volunteering right away, which I really appreciated,” she said.

This fall and spring, Repair the World hopes to extend Serve the Moment with episodic volunteer opportunities for all ages around a particular theme, such as food insecurity, said Kate Belza O’Bannon, senior director of strategy at Repair the World..

But for many young Jews like Isabel Kornman, the summer intensive was perfect timing. Kornman, who is 24, worked for Hillel’s Birthright Israel program until the coronavirus hit and her job ended. Over the past few months, she said, she had felt a lack of purpose.

“I don’t feel good about not doing anything,” said Kornman, who will begin serving on Tuesday at a Washington, D.C.-based poverty relief group called So Others May Eat. “This was exactly what I was looking for — a way to be involved in the Jewish community but also be involved in service in a way that was helpful to the community instead of making me feel better.” 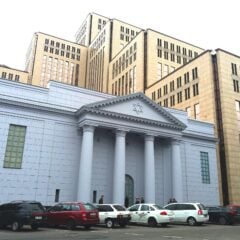