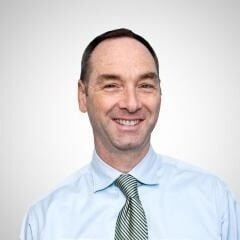 Bob Smietana is moving into a new role as RNS National Writer.

O’Donnell steps into the Editor-in-Chief’s position after 2 ½ years as an editorial leader at RNS. He brings 20+ years of experience in national media at Newsweek, Beliefnet, Condé Nast, CNBC, Washingtonian and other titles. With experience combining breaking news and magazine journalism, he will guide RNS’ expanded content strategy.

After a decade as a reporter, writer and editor at Newsweek, O’Donnell helped found Beliefnet, the award-winning religion news and opinion site where he oversaw breaking news coverage and created the Entertainment channel. Later he was recruited by Conde Nast as editor for House & Garden, where he relaunched the website, quadrupling traffic in six months. O’Donnell also worked at CNBC.com, where he launched and edited two news-driven sections, and at Washingtonian Magazine, where he produced two print and digital sections.

“RNS is fortunate to welcome Paul to the Editor-in-Chief position. In each of his professional roles, Paul has created and built, re-invented and re-energized,” said Deborah Caldwell, RNS CEO and Publisher. “His deep background in digital media, religion journalism experience, and leadership skills will serve RNS well.”

O’Donnell expressed gratitude for the opportunity to lead the organization, expand its footprint and mentor the next generation of religion journalists.

“It’s a great honor to lead this group of talented and knowledgeable journalists,” O’Donnell said. “There’s no better place than RNS to cover religion.”

Smietana’s new role continues his deep passion for reporting and writing. As National Writer, he will focus on building traffic and raising RNS’ profile with timely reporting and an unparalleled knowledge of the American religious landscape.

“For many months, Bob has been breaking numerous audience-grabbing stories, even as he shepherded RNS through important changes,” Caldwell said. “He is in many ways the beating heart of RNS. We’re thankful for Bob’s leadership over the last two years and look forward to what he’ll accomplish in this new role.”

Smietana credits RNS with launching his career and expressed gratitude for the opportunity over the past two years to lead RNS, expand its footprint and work with a great team of journalists. He said that O’Donnell is the right person to lead RNS into the future.

“It’s been a privilege to work with Paul and with some of the best religion reporters in the business,” Smietana said. “We’ve done great things over the last two years. And we’re just getting started.”

“I am grateful to both of these talented and dedicated journalists for all they bring to RNS,” Caldwell said. “I’m confident they will further RNS’ long, storied, and award-winning journalism and move us into an exciting and fulfilling future.”

Religion News Service is an independent, nonprofit and award-winning source of global news on religion, spirituality, culture and ethics, reported by a staff of professional journalists. Founded in 1934, RNS seeks to inform readers with objective reporting and insightful commentary and is relied upon by secular and faith-based news organizations in a number of countries. RNS is a subsidiary of the Religion News Foundation. For more information, visit religionnews.com.