(RNS) — Months ahead of their planned annual meeting, some Southern Baptist leaders are embracing an unofficial moniker for their gathering and, in some cases, for themselves: Great Commission Baptists.

The name simultaneously distances them from a regional affiliation and focuses on the command of Jesus for his followers to spread his message worldwide, some leaders say. But the name change is also being entertained by some at a time when leaders of the denomination — whose origins in 1845 were marked by a defense of slavery — are reflecting on racial tensions in the country.

“The farther we get from 1845, the more clear we need to be with our mission,” said Josh Powell, president of the South Carolina Baptist Convention. “And, yes, it plays into it with the issues of race but that’s not the only thing. It is an important thing in my mind and my heart for us because we want to take down any barrier that there may be.”

“Great Commission Baptists” was approved as an alternate unofficial descriptor after heated debate at the denomination’s 2012 meeting — immediately after the election of the Rev. Fred Luter as the SBC’s first African American president. It did not appear to be widely adopted in the wake of that vote.

On Monday (Sept. 14), SBC President J.D. Greear announced that the theme for the June 2021 annual meeting will be “We Are Great Commission Baptists.”

“By making this our annual meeting theme and encouraging the use of the alternate name, we do not in any way want to minimize the significance of our past, either its accomplishments or its failures,” Greear said in the statement. He noted that in the last month, SBC leaders have received emails from pastors around the country inquiring about using the alternate name.

“The convention voted on using this term in 2012 primarily to help churches and planters outside the southeast,” Greear told Religion News Service in a statement. “Today we are seeing a movement of churches and leaders in the southeast putting (its use) into practice at the grassroots level. Churches are free to use whichever term best serves their membership and the people they are trying to reach.”

The moniker has also been embraced by Executive Committee President Ronnie Floyd, along with some past SBC presidents and other leaders in the nation’s largest Protestant denomination.

“I’m proudly from the South, & appreciate so much about my roots,” tweeted Jason Allen, president of Midwestern Baptist Theological Seminary in Kansas City, Missouri. “But for the SBC, I like the growing usage of Great Commission Baptists as a denom moniker. Geographically, it reflects our national identity. Missiologically, it states up front what most unites & animates us.” 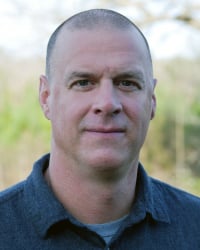 Southern Baptists have raised and debated the possibility of a different official or unofficial name for at least decades. In the mid-1970s, a study committee determined the original name should be retained.

Powell, who pastors a Lexington, South Carolina, church, said he expects the term to be discussed in an upcoming new members class for his congregants and in a proposal at his state convention’s annual meeting in November.

“Now many people have said we’re just kind of capitulating to the culture here,” said Powell, who wrote of his support for the term in his state convention newspaper. “But in reality what I see is that the name ‘Southern’ is actually a cultural and ideological name moreso now maybe than ever before.”