(The Conversation) — In many parts of what is now the United States, communities have in recent years replaced Columbus Day with Indigenous Peoples Day.

Celebrating Indigenous cultures every Oct. 12 is important. But in this moment when the U.S. is reckoning with legacies of racism and colonialism, many Indigenous nations call for something more – the return of ancestral lands.

Having spoken to Native Americans activists, leaders and community members in the course of my research into sacred sites protection movements, I understand that land is often the center of Indigenous life. It is not just where people live, but a site of complex relationships among humans, waters, plants, animals and spiritual beings. This is why the famous Standing Rock Sioux scholar and activist Vine Deloria Jr. wrote “American Indians hold their lands – places – as having the highest possible meaning, and all their statements are made with this reference point in mind.”

In my research with California Bay Area Ohlone tribes, I have learned how land is central to identity and culture. Even in highly urbanized places like San Francisco and Oakland, Ohlone people have talked to me about how the land still holds meaning.

As a non-Indigenous Latino scholar, I have also been challenged to continually reimagine those places – and the continent as a whole – as Indigenous land. Like many people in the U.S., my education growing up taught me to think about Indigenous peoples in the past tense – looking at their history and not their contemporary experiences.

This reimagining is necessary given important U.S. policies related to Indigenous lands. Laws such as the Indian Removal Act of 1830 worked to displace tribes from their homelands into “Indian Territory” in Oklahoma. This law intended to open lands for non-Native settlers.

Such is the context of the Trail of Tears, the forced removal of the Cherokee and other tribal nations from their homelands to reservations in the 1830s. 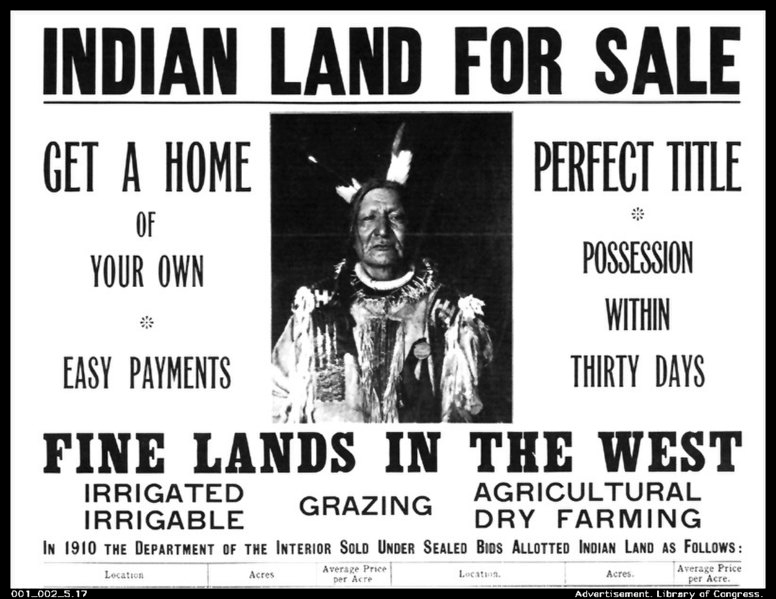 Similar policies are found in the Allotment Act of 1887, which sought to dissolve communally held reservation lands into individual allotments. After allotments were granted, the “excess land” was sold to white settlers. Tribes lost 90 million acres as a result.

Some policies sought to take away land through less explicit means. These include the establishment of Indian boarding schools that worked to assimilate tribal youth. Native children were forcibly taken from their homes to assimilate them. Many suffered physical, sexual and psychological abuse.

Other policies like the Indian Relocation Act of 1956 worked to assimilate Native peoples by encouraging them to move to major cities.

In recent years many institutions in the U.S. have attempted to recognize the wrongs done to Indigenous peoples. For example, some organizations, universities and businesses have issued land acknowledgments – brief statements that mention the Indigenous peoples of the land where the institution operates.

The land acknowledgment at Syracuse University, where I work, is typical of such statements:

These statements work to bring awareness to Indigenous lands and peoples. They can also be a first step toward solidarity between Native and non-Native peoples. Leaders like Corrina Gould of the Bay Area’s Confederated Villages of Lisjan/Ohlone encourage institutions to take this further. “Land acknowledgment must begin with a relationship with the people on whose land you are on,” she said at a workshop in San Francisco. “And I think the next step I’m looking for is, how do we now live in reciprocity with one another on our homelands?”

Indigenous leaders also call for the return of land. The social media hashtag campaign #LandBack addresses this directly. Forbes writer Michela Moscufo traces the origins of the campaign to Indigenous activists’ critique of the ways Canadian Prime Minister Justin Trudeau has handled pipelines through First Nations territories. Moscufo also notes that the phase “Land Back” has been used in the U.S. as well.

This has included protests by Lakota peoples and allies during President Trump’s visit to Mount Rushmore on July 4. Mount Rushmore is part of the Black Hills, a sacred place to the Lakota that was taken by U.S. forces after gold was discovered in 1874, a violation of the 1868 Treaty of Fort Laramie.

Resistance at the U.S.-Mexico border

The phrase “Land Back” has also been invoked in resistance to the construction of the border wall between the U.S. and Mexico. Tribal nations whose territories exist along this border such as the Kumeyaay in California, Tohono O’odham in Arizona, and others are active in protesting against its construction.

Last month, two Kumeyaay activists were arrested while protesting the wall construction. The San Diego Tribune reported that activists were part of “Camp Land Back,” which began in August to protest the wall. Kumeyaay leaders have voiced concerns that the construction of the wall will disrupt ancestral lands, especially sacred and burial sites. On the Instagram page @kumeyaaydefenseagainstthewall, the campaign describes itself as a “Small indigenous initiative that is rooted in prayer to defend Kumeyaay lands and people.”

The Yellowhead Institute, a Canadian First Nations-led research center, describes “land back” as being about “reclaiming Indigenous jurisdiction” and “breathing life into rights and responsibilities.”

As Indigenous peoples the world over continue to defend ancestral lands, Indigenous Peoples Day can have important meaning, more than just the renaming of a national holiday. It is an invitation to contend with the impacts of colonialism and the wrongful appropriation of Indigenous lands.

(Abel R. Gomez is a Ph.D. candidate in the religion department at Syracuse University. This article is republished from The Conversation under a Creative Commons license. The views expressed in this commentary do not necessarily reflect those of Religion News Service.)