They had been denied the right to vote in Myanmar, according to Nasir Zakaria, founder and executive director of the Rohingya Culture Center of Chicago.

“Because we are Muslim, they denied us voting,” Zakaria said.

“I am so grateful for country of America, people of America and government of the United States. I’m so excited. I’m so happy. I’ve never voted before in my life,” he added. 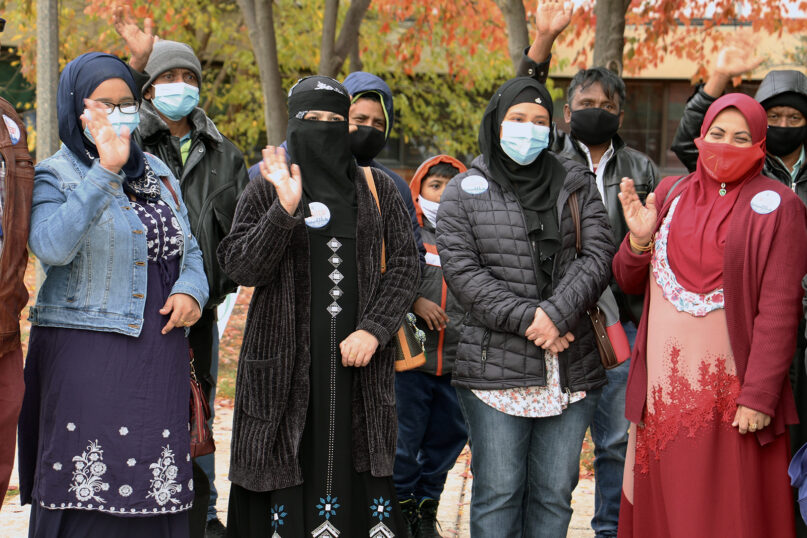 Several members of Chicago’s Rohingya community vote for the first time Oct. 20, 2020, at an early voting site in the Rogers Park neighborhood of Chicago. RNS photo by Emily McFarlan Miller

United Nations officials have described the Rohingya — a mostly Muslim ethnic minority in Myanmar’s Rakhine state — as “one of, if not the, most discriminated people in the world,” and said the situation in Myanmar seems to be “a textbook example of ethnic cleansing.”

Since 2017, more than 745,000 Rohingya have fled from Myanmar to neighboring Bangladesh, where Cox’s Bazar is now home to the world’s largest refugee camp, according to the UN.

About 500 Rohingya families have resettled in Chicago, Zakaria said.

The Rohingya Culture Center of Chicago brought some of those families together to vote Tuesday at the Warren Park fieldhouse, accompanied by staff and other members of Chicago’s Rohingya community who turned out in support. Some have not yet become American citizens and wanted to see what it would be like when their turn came. 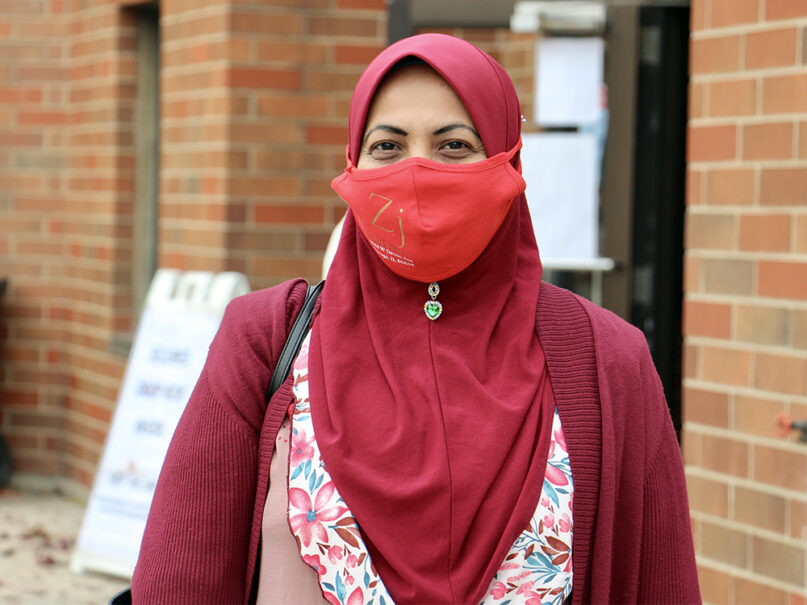 Bibi Sabura, 46, said she was a little nervous about voting for the first time, but the staff at the center had helped her understand what to expect at the polls. After casting her ballot, she said she was “so excited.”

Sabura thought about which candidates would help her home country and the Rohingya people as she made her choices, she said.

Some first-time voters were visibly emotional as they emerged from the fieldhouse wearing “I voted” stickers on their coats.

Rehana Ahmed’s smile was unmistakable even beneath her light blue, disposable face mask, which Chicago is encouraging at the polls amid the COVID-19 pandemic.

Speaking to reporters afterward, 21-year-old Ahmed said she is proud to be a Rohingya American.

And, she said, “I’m very happy I can choose my own president.”