(RNS) — It was 2013, and Colorado was in turmoil. Days of torrential rainfall had led to devastating flooding across 17 counties, from Colorado Springs to Fort Collins, killing eight people, wiping out roads and bridges and damaging an estimated 19,000 homes.

Within days, Imam Rafiq Mahdi and a team of trained volunteers from around the country were on the ground in Boulder, “mucking and gutting” damaged furniture, cabinets and carpet from waterlogged homes.

“One gentleman saw our shirts with our logo, which says ‘Muslims for Humanity,’” recalled Mahdi, director of disaster relief services for the Islamic Circle of North America’s humanitarian arm, ICNA Relief. “He came over to me and said, ‘You know, I’ve been doing this kind of work for 15 years, and I’ve never seen a Muslim out here.’”

It wasn’t the first time Mahdi had heard such a statement. Mahdi himself said that it’s not common for him to run into other Muslim teams working in disaster zones.

But that’s slowly beginning to change. 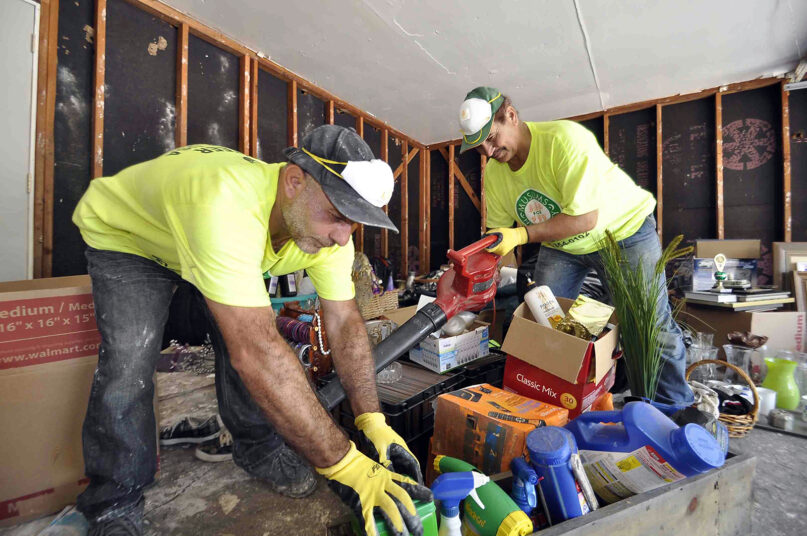 Over the past 15 years, Muslim communities have become increasingly involved in disaster and emergency relief projects throughout the U.S., from hurricane cleanup to the West Coast wildfires.

The U.S. has always seen a strong tradition of faith-based disaster relief efforts, particularly among Baptist, Methodist, Catholic, Lutheran, Latter-day Saint and various Christian groups. But even as most of these groups face declining membership and funding, America’s Muslim population is growing. Islam is projected by Pew Research Center to be America’s second-largest religious group, surpassing Jews, by 2045.

IN THIS SERIES: White Christian America built a faith-based safety net. What happens when it’s gone? 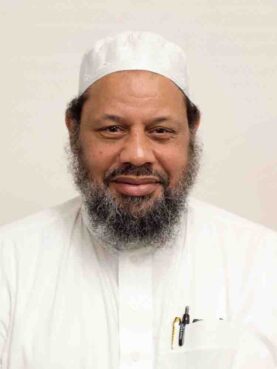 “Even though we’re a small percentage of the population, we have to be out here doing this work, which goes to the core of Islam,” said Mahdi, who lives in Knoxville, Tennessee, where he helped found a local Muslim community center.

And while Muslims formerly tended to direct their charitable work to their own communities or abroad, the reach of Muslim-led disaster relief organizations is widening in the U.S. Mahdi joined ICNA Relief in 2010 after coming across its teams responding to deadly flooding in Nashville. “These disasters don’t discriminate in whom they hit.”

Muslim volunteers will generally say their goal is to live out their faith, and not all of the organizations, which include Penny Appeal USA, Humanity First and Focus Humanitarian Assistance, advertise their faith connections. But the aid groups’ work has also served in many places to reshape the identity created for Muslim communities in the wake of 9/11.

Within hours, Kakkada prepares a team of volunteers from the nearest Ahmadi mosque, ready to head to the disaster site, hand out food and water, clean up debris and assist in rebuilding. More young men from around the country, volunteers from the Ahmadiyya Muslim community and the Ahmadi-affiliated nonprofit Humanity First, book flights on their own dime to stay for about a week to aid in the recovery. Others call local houses to see if residents are facing any issues. The aim, Kakkada said, is to have a presence at every major natural disaster in the country.

“Our faith tells us to be a mercy to those around us, like the Prophet Muhammad was a mercy to all of mankind,” he said.

But the volunteers’ faith inspiration doesn’t restrict whom they work with, or for. They have served beside Southern Baptists, whose denomination is one of the country’s largest volunteer disaster relief agencies. In North Carolina, Muslim relief workers have rehabilitated homes with Methodists. They receive training with the retired veterans in Team Rubicon, a disaster relief nongovernmental organization founded by former U.S. Marines.

Their work is also typically conducted in close coordination with the Federal Emergency Management Agency, the American Red Cross and other faith-based relief organizations. Islamic Relief USA, based in northern Virginia, and Mahdi’s ICNA Relief were the first Muslim organizations to officially partner with the Red Cross.

“This is not cowboy techniques, where you just go get your picture taken to show that you’re helping people in need and come back home,” said Anwar Khan, president of Islamic Relief. “We only go if the American Red Cross invites us and says, ‘OK, we need your guys to cover this region and see how much damage there is.’” 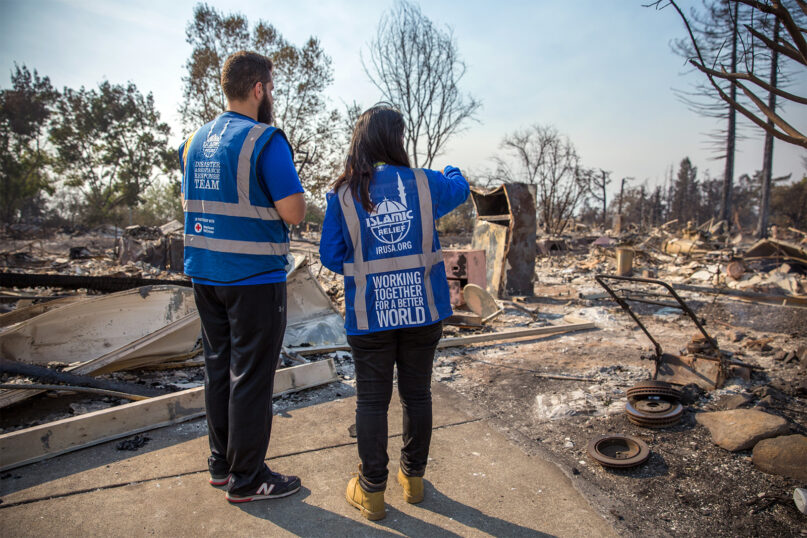 Their volunteers’ blue vests, emblazoned with the words Islamic Relief, may draw stares, particularly in the South, but being part of a network ensures they are welcomed. So does their interfaith approach. “We’re not here just to help the Muslims and their mosques. We’re here to help everyone in the community,” said Khan.

When it was founded in 1993, Islamic Relief USA focused on international humanitarian projects, particularly those alleviating crises in Muslim-majority countries and hot spots such as Palestine and Kashmir.

That changed in 2005, when Hurricane Katrina struck the southern U.S. The group led a $2 million relief project in the storm’s aftermath, distributing food and medicine, providing shelter and housing, cleaning out homes and funding reconstruction in affected areas of Louisiana, Mississippi and Texas. 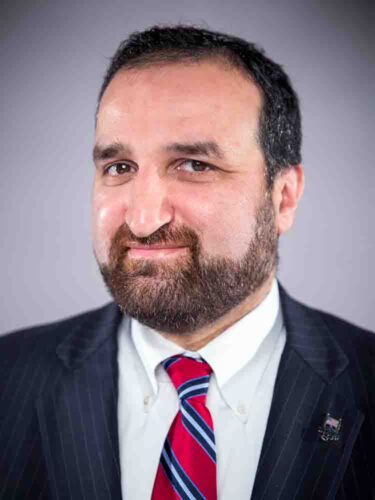 Islamic Relief now has 140 staff and 15,000 registered volunteers who have developed an expertise in damage assessment — not a glamorous assignment, Khan said, but it’s what victims need to receive their insurance money. His teams also distribute cash cards to help victims pay rent and purchase groceries as they await insurance funds and government aid.

The Katrina response effort was also a departure from Muslim organizations’ previous humanitarian work in that it put boots on the ground, instead of sending checks to secular aid organizations, said Khan, who co-founded Islamic Relief and was the first person in the field for the organization when Katrina struck.

“With Katrina, it became very clear that we should have a footprint in this space,” said ICNA Relief’s Mahdi. “That connection to ‘back home’ is shifting. We are home, and we have to contribute to this society.”

Since then, ICNA Relief has coordinated about 65 disaster responses, including for Hurricane Zeta, which battered southeast Louisiana and Mississippi in late October.

Shariq Siddiqui, director of the Muslim Philanthropy Initiative, suggests that the shift to domestic crises reflected Muslim donors’ own growing focus on helping at home.

“These groups were capitalizing on an energy amongst American Muslims that existed all along,” Siddiqui said. “I don’t think American Muslims suddenly woke up and said we’ll start giving locally. Most of our money stays in the country, even if you look at the 990 data.” 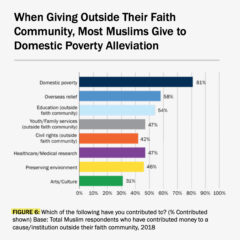 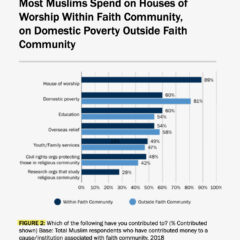 Muslims contribute to these relief efforts as a part of their religious practice. In Islam, a mere smile or stopping one’s self from doing harm is considered charity, Siddiqui explained. But the Islamic philanthropy is also institutionalized as waqf, or charitable endowments; zakat, an obligatory wealth tax of about 2.5% on one’s surplus wealth, to be given to the poor and other charitable causes; and sadaqah, a voluntary offering.

“It’s progressed now to where if (a disaster) happens, there’s actually the expectation that Muslims do something,” said Chris Blauvelt, who founded the Muslim crowdfunding site LaunchGood in 2013. “I’ll get prominent imams messaging me and being like, ‘Hey, do you have a page up yet for the wildfires in California?’”

“I’ve been Muslim 19 years,” he said. “It’s like night and day from when I first became Muslim. We have a bad rap in the general public. When we step up and raise funds and give donations to disaster relief, people see our values in action, and they respect that.”

Anti-Muslim suspicion can still be an obstacle, however. After the Pulse nightclub shooting in Orlando, Florida, in which the perpetrator identified as Muslim, Islamic Relief offered emotional counseling. Some on the team, however, including a woman who wore hijab, were asked not to enter the building where victims were, Khan said. Even after a Red Cross partner recognized them, not every Muslim volunteer was permitted entry. In Louisiana in 2016, a sheriff ordered Islamic Relief volunteers to leave his parish; in Illinois, a mayor asked volunteers in 2015 to leave a flood zone after receiving anti-Muslim complaints.

In 2017, then-U.S. Rep. Ron DeSantis of Florida — who has since become the state’s governor — pushed a measure to block Islamic Relief Worldwide from receiving federal funding. He later withdrew the measure, but groups including the National Republican Congressional Committee have since accused Islamic Relief USA of having ties to terrorism.

Khan said his staff receives active-shooter preparedness training every year from Virginia police as a counter to numerous death threats the group receives. “We have been threatened to be burnt alive, bombed and more from the very beginning,” he said. “People have made false allegations against us and threatened our religious freedom, our religious obligation to feed our hungry neighbors.”

Khan prefers to focus on the Latino woman he met at the FBI’s victim support center after the shooting at Florida’s Marjory Stoneman Douglas High School. The woman’s son, a student, had missed a few days of his evening job due to trauma, and her family was not able to pay rent. When Khan handed her a cash card, she began crying and calling his team “angels.”

“It’s nice, mashaAllah (by the grace of God), when people aren’t trying to kill you and insult you,” he said. “We’re not angels, but it’s nice when they see we are trying to do the work of God.” 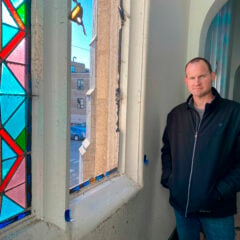