(RNS) — We’ve seen a seemingly endless stream of online chatter about the darkness brought by 2020. It’s true that as we look back on this year, we’ll remember too many events and conversations filled with sadness, fear and anger.

But I also urge us all to reflect on and cherish the bright spots of the year.

A high note for many Americans came in June, when the U.S. Supreme Court affirmed that LGBTQ people are protected from employment discrimination. It was a landmark victory, one that gives me hope — and also resolve for the work yet to be done.

The reality is, despite the step forward on employment afforded by the high court, LGBTQ people in most states, including here in Michigan, remain vulnerable to discrimination in vital areas of life, like housing and healthcare, and in how they are treated in public spaces such as restaurants and businesses.

Anti-LGBTQ discrimination remains an urgent problem. As a pastor at the Metropolitan Community Church of Detroit, I hear stories from congregation members about how they’ve been mistreated because of their LGBTQ identity. They speak about how the fundamental values of their faith, including loving your neighbor as yourself, compel them to support LGBTQ protections.

In November, Americans united in record numbers to vote in a president and vice president who have been strident supporters of dignity and respect for all LGBTQ people. When Joe Biden is inaugurated, he’ll become the most vocal champion that LGBTQ people have ever seen in the White House. The president-elect has called for passage of comprehensive, LGBTQ-inclusive nondiscrimination protections at the federal level.

But a lot remains up in the air. The president-elect’s program depends greatly on the vote in Georgia that will decide two key seats in the U.S. Senate and determine partisan control of the Senate overall. This Jan. 5 special election is the last piece of the puzzle for what 2021 will mean for so many issues, but particularly LGBTQ rights.

Regardless of the Senate’s makeup, I encourage President-elect Biden to take decisive executive action early, including reversing many of the anti-LGBTQ rollbacks that the Trump administration pursued over the past four years.

While the new administration gives me hope, LGBTQ rights is not a partisan issue or about one particular faith tradition. This is about dignity and respect for all. Some 72% of Americans say they support LGBTQ protections, including 61% of Republicans, 71% of Independents and 81% of Democrats. 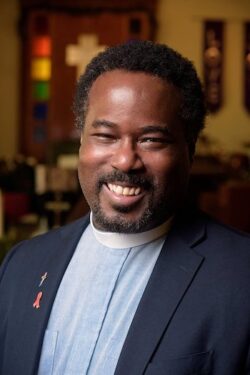 After one of the most divisive political seasons we have endured, this is an issue that could reverse the message of the past year: that the only ones worth saving were those we agree with. I urge all lawmakers, regardless of their party or religious conviction, to put forth legislation that would protect all their constituents.

This year has been undergirded by such deep pain, and our challenges have been exacerbated by confusion about the pathway forward. The path toward justice for LGBTQ people is actually not confusing. We know the answer: No matter where they live, no matter who they are or who they love, protecting all people is the first step to going into the future together.

We must never lose sight of a future where LGBTQ people are included — and where all our people can thrive.

(The Rev. Roland Stringfellow is senior pastor at Metropolitan Community Church of Detroit. The views expressed in this commentary do not necessarily reflect those of Religion News Service.)