(The Conversation) — The high-stakes U.S. Senate race in Georgia catapulted the historic Ebenezer Baptist Church back into the spotlight. For 135 years, the church played a vital role in the fight against racism and the civil rights movement. It was the spiritual home of the civil rights leader, the Rev. Martin Luther King Jr.

It is now the home of the state’s first Black senator – the Rev. Raphael Warnock, the senior pastor at the church.

As a scholar of African American religion and Christian theology, I believe it is important to understand how the Ebenezer Baptist Church has been a seat of Black power and organizing for generations in Atlanta.

Ebenezer Baptist Church, a predominantly African American congregation, was founded in 1886, nearly 20 years after the end of the Civil War. The pastor, Rev. John Andrew Parker, served as Ebenezer’s first pastor from 1886 to 1894. Little is known about Parker and Ebenezer’s early years. But according to historian Benjamin C. Ridgeway, Parker organized the church in a small building located on Airline Avenue in Atlanta.

The name Ebenezer, meaning “stone of help,” comes from the Hebrew Bible. In the First Book of Samuel, the Israelites are said to have gathered in the town of Mizpah to offer burnt offerings to God. When their enemies, the Philistines, received notice that the Israelites were in Mizpah, they sent forces to attack them.

With God’s help, the Philistines were eventually defeated. Prophet Samuel then named a large stone “Ebenezer” to remind the Israelites of God’s intervention in their battle against the Philistine army.

As historians Roswell F. Jackson and Rosalyn M. Patterson observed in their 1989 article, “The selection of the name Ebenezer, ‘Stone of help,’ was profoundly prophetic.” In their view, Ebenezer’s name proved fitting to describe the role the church would come to have in the subsequent civil rights movement.

Growth of the church

The Rev. Adam Daniel Williams, the maternal grandfather of King, served as second pastor from 1894 to 1931. Williams led the Ebenezer Church into the 20th century as a religious community mobilized to fight the segregationist policies plaguing the African American community in the state of Georgia.

By 1913, the church had grown from 13 to nearly 750 members. Williams developed a distinct form of the social gospel, which emphasized the importance of African Americans owning businesses and taking social action against racial and economic injustice in their local communities.

Known for his powerful preaching, impressive organizing and leadership skills, Williams led several initiatives, including boycotts against a local Atlanta newspaper, “The Georgian,” which was known for using racist language against African Americans.

In 1906, Williams led a fight to end the white primary system which prohibited African Americans from voting in the Georgia primaries. In 1917, Williams helped establish the Atlanta chapter of the National Association for the Advancement of Colored People, the NAACP.

A year later, he was elected as branch president of the Atlanta chapter of the NAACP, and, within five months of his tenure, the chapter’s membership grew to 1,400.

As religious historian Lewis Baldwin remarks in his book “The Voice of Conscience,” “Clearly, Williams used the [Ebenezer] church as a power base and rallying point for such activities, an approach that would also be used by [Martin Luther] King, Sr. and King, Jr.”

Following Williams’ death in 1931, the Rev. Martin Luther King Sr., Ebenezer’s assistant pastor and Williams’ son-in-law, became the church’s third pastor. During his 40-year tenure as pastor, “Daddy” King, as he was affectionately known, led Ebenezer with a mixture of evangelical faith and progressive social action.

Finding warrant for social action in the Christian scriptures, King Sr. challenged other Black churches to embrace the social gospel – a late 19th-century Protestant movement that emphasized the application of the Christian message to the social and moral concerns of society.

Moreover, King Sr. led marches and rallies to protest discriminatory and segregationist policies in the city of Atlanta, including the desegregation of the Atlanta Police Department and the Atlanta Board of Education. In the first 15 years of King Sr.‘s pastorate at Ebenezer, church membership grew to 3,700. 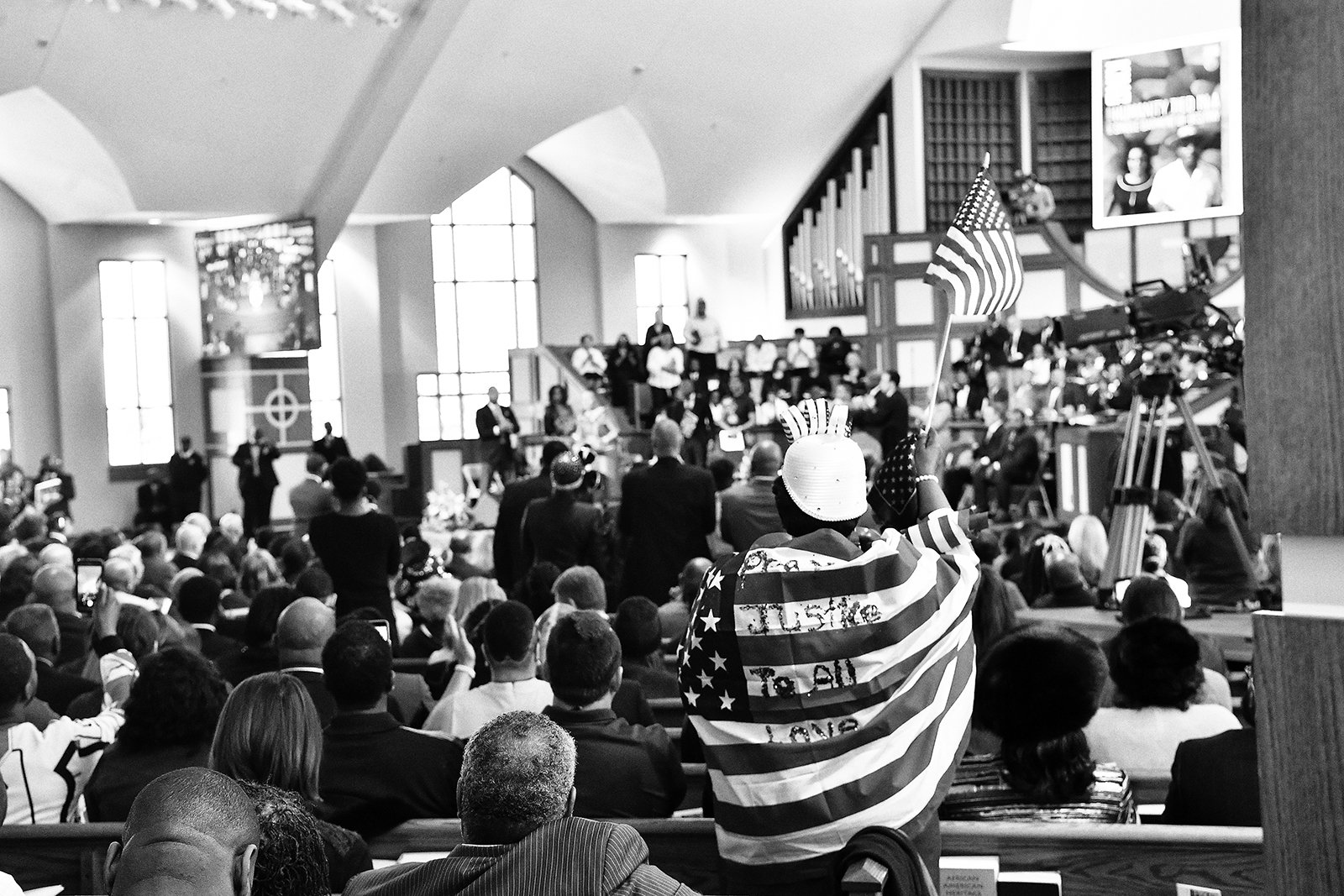 Ebenezer came into the global spotlight when Martin Luther King Jr. accepted the call to join his father as co-pastor in 1960. Before then, King had pastored Dexter Avenue Baptist Church in Montgomery, Alabama from 1954 to 1959.

During his tenure at Dexter Avenue, King served as president of the Montgomery Improvement Association, the organization which successfully led the Montgomery Bus Boycott from Dec. 5, 1955 to Dec. 20, 1956. In 1959, King resigned from his position as pastor at Dexter Avenue to serve alongside his father as well as serve as president of the Southern Christian Leadership Conference, which is also based in Atlanta.

From the pulpit of Ebenezer, King preached some of his more memorable sermons. In one of his sermons published in a collection titled “The Strength to Love,” King describes racial prejudice as indicative of “softmindedness,” a person’s tendency to uncritically adhere to unsupportable beliefs.

This message reverberates in contemporary movements for racial equity and justice, including the Black Lives Matter movement. While many BLM members are not affiliated with any organized religion, the movement emphasizes the importance of spiritual wellness for African Americans as they fight for Black liberation.

Since its inception, Ebenezer Baptist Church has been an institution in which evangelical fervor and progressive social activism joined to foster societal change.

This year, the COVID-19 pandemic has prevented the spiritual home of King from hosting the annual commemorative service in honor of the slain civil rights leader, which usually draws 1,700 attendees. But attention to the church has been renewed following the election of Pastor Warnock to the U.S. Senate.

One cannot appreciate the importance of MLK Day without understanding the tradition which formed one of America’s most influential civil rights leaders.

(Jason Oliver Evans is a Ph.D. Student in Religious Studies at University of Virginia. This article is republished from The Conversation under a Creative Commons license. Read the original article. The views expressed in this commentary do not necessarily reflect those of Religion News Service.)