(RNS) — The Revs. Gabriel and Jeanette Salguero describe their relationship as co-lead pastors of a multiethnic congregation in Florida as a dance. Or more specifically, a tango.

Rabbis Laurie and Philip “Flip” Rice, who are both senior rabbis of a Reform synagogue in Tennessee, say they “play to each other’s strengths.”

As Valentine’s Day approaches, these clergy couples — spiritual leaders who are married to each other and sometimes work together too — will mark the season of love in their own ways, even as they work to meet their various ministerial obligations. At least one couple keeps three calendars — one for each of them and one for both of them. And they’ve all learned the benefits of compromise as they juggle their own marriages and families, in addition to the demanding and oftentimes emotional work of being clergy. 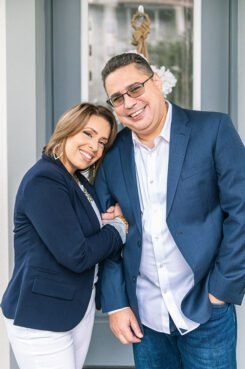 “You have to dance,” said Gabriel Salguero, who himself is a double-preacher’s kid raised by parents who have co-led their New Jersey Pentecostal church for four decades. “You have to not step on each other’s toes. You can’t suffer from insecurity.”

The 2018-19 National Congregations Study, which included 1,262 participants of Protestant, Catholic and non-Christian traditions, found that fewer than 1% of those congregations had co-leaders married to each other.

On the other hand, the Assemblies of God, a Pentecostal denomination with which the Salgueros are affiliated, reports almost a quarter — 23% — of its 38,197 credentialed ministers in the U.S. are married to another Assemblies minister. In 2013, the Episcopal Church’s Church Pension Group reported about 14% of active Episcopal priests are married to other Episcopal clergy.

These faith leaders say they balance each other out, affirming individuals’ strengths, acknowledging their weaknesses, compromising when they have differences.

Carroll, 39, and Lamming, 43, ended up initially merging their congregations at the start of the pandemic — leading worship together after coronavirus restrictions shuttered many in-person services. Carroll, rector of a predominantly white church in Annapolis, wasn’t sure their internet connection could handle two online services at the same time, and Lamming, rector of a church in the Washington suburb of Silver Spring, was already well-versed in holding services via Zoom with her congregation. 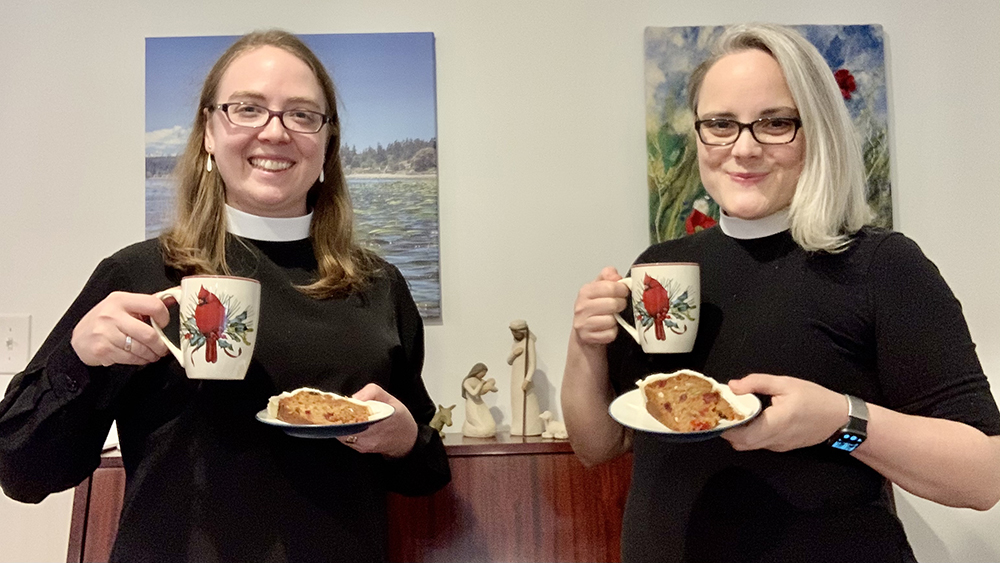 Carroll now goes to her church to lead her streamed service and Lamming still leads online worship from home. However, the two still collaborate on music, with members of both their churches joining together in a virtual choir each week. But the couple, who met at Yale Divinity School when Lamming was a seminary exchange student from England, differ on which musical tune is appropriate for some of their hymns, such as “O Little Town of Bethlehem,” which has British and American versions.

“There have been at least two occasions with the virtual choir,” said Lamming, who has dual American and English citizenship and leads a multinational church. “We’ve pressed play and I’ve had to go, OK, keep a straight face; this is definitely the wrong tune.” The Rabbis Rice, as the Nashville couple call themselves on their synagogue’s website, met in their first year of seminary in Jerusalem. After 15 years serving at the progressive congregation that welcomes LGBTQ members and interfaith couples, they say their joint work as co-senior rabbis seems natural, with them taking turns preaching and presiding at bar and bat mitzvahs.

Flip Rice, 50, said they try to “give everybody what they want,” when a congregant prefers one or the other of them to lead a key ritual. But they also make it clear “we’re both capable” if one of them is out of town at a time someone wants to have their wedding or other special ceremony.

The couple, who have been married 21 years, said co-leading one congregation reduced some of the challenges they had earlier in their careers when they had separate but still busy work lives, serving two different Seattle-area congregations.

“It made it really difficult once we started having children to be able to celebrate and live a Jewish life together as a family and not be bifurcated,” said Laurie Rice, 48. “Some part of our family would go one direction, the other part going in the other direction: Which synagogue were we going to — Mommy’s or Daddy’s?”

The Salgueros, both 47, also take turns preaching, with the other translating during their bilingual services for their congregation that is predominantly Hispanic but includes African American, Haitian and white attenders. Both consider themselves visionary leaders but she thinks he’s the better preacher and he thinks she’s the more organized administrator.

Still, their status as a clergy couple — they married 19 years ago — has been a matter of adjustment for others.

“People have asked me, ‘How is it being a pastor’s wife and the wife of a public figure?’” said Jeanette Salguero, who is co-founder and an officer of the National Latino Evangelical Coalition, as is her husband.

“And jokingly my response is, ‘I don’t know because I’m not a pastor’s wife. I am a pastor as well.’”

Each of the clergy couples told Religion News Service that even if they attempt to have boundary lines between their ministry and married lives, they often overstep them.

“We’re very, very bad at that,” Laurie Rice admitted of herself and her husband. “There’s more times where I might start talking about work and he’ll say, ‘I’m done. I’m done today’ or vice versa. ‘I just don’t want to talk about that right now.’”

Gabriel Salguero said there are times when he and his wife have to repent and acknowledge to their sons, ages 12 and 15, they’ve violated those work-home boundaries.

The Revs. Darlene and Bob “Padre” Payne have been married for 53 years. She, 74 and a United Methodist, retired in 2017 and he, 77 and a Southern Baptist, retired officially the year before. They worked together as missionaries and he was a Navy chaplain before both of them pastored churches, often separately.

He said he drew the same ministry line he had with pastor colleagues — “I stayed out of their ministry” — with his wife when she became a minister. 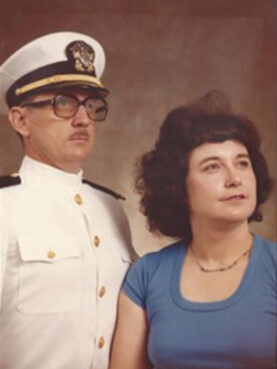 The Revs. Bob and Darlene Payne, circa 1984. Courtesy photo 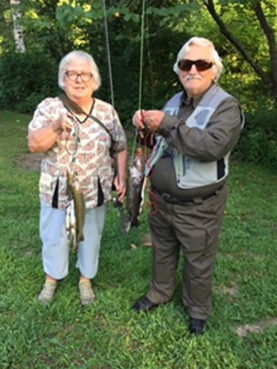 “I stayed out of her churches; I visited them very rarely, and if I did, she was always somewhere around,” he said. “Unless they asked for help, I kept my mouth shut.”

Darlene Payne added: “It was the same for me.”

The couple, who currently live in Phoenix, may have been preaching on the same Scripture readings from the Revised Common Lectionary but they didn’t confer on what they were going to say about them.

“We felt we needed to let the Holy Spirit lead us in how we were ministering to our individual congregations,” she said. How will these clergy couples celebrate Valentine’s Day?

Carroll’s church has its annual business meeting that day so the Maryland couple, who have been married 11 ½ years, will likely designate the sabbath day they share together outside their working weekends as the time for their celebration.

“Valentine’s Day is not a Jewish holiday but we do always celebrate love,” Flip Rice said of his wife and his congregation, to whom he expects they’ll send an email blast acknowledging the romantic observance.

Laurie Rice said the gift they might give each other is the “miracle” of finding entertainment they could agree on since she’s more into romantic comedies and dramas and he prefers science fiction or detective shows.

Gabe and Jeanette Salguero said they like to think beyond the particular day that is known for romance.

“A date for us is not Feb. 14 at a restaurant, candlelight dinner,” she said. “A date for us is watching a movie in bed holding hands or a walk around the lake with our puppy. So it’s not a separate kind of action. It’s already integrated into our daily living.”

RELATED: When Ash Wednesday falls on Valentine’s Day, what’s a clergyperson to do? 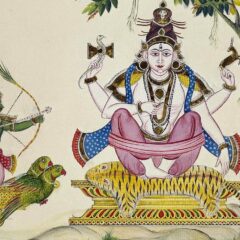 Faith
This god shoots love darts – but no, it’s not Cupid 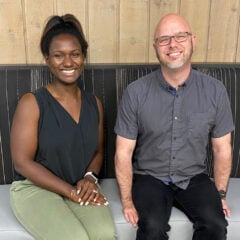 News
At the other Mars Hill church, new co-pastors hope to build a faithful future