(RNS) — On March 13, 2020, St. Agnes, a parochial school in West Chester, Pennsylvania, outside of Philadelphia, shut its doors in response to the burgeoning COVID-19 epidemic sweeping the United States. The following Monday, the school began distance learning.

But almost as soon as the first virtual classroom lit up the screens of St. Agnes’ 320 students, Sister Michele Smith, the Immaculate Heart of Mary nun who is the principal of the 148-year-old institution, had called a Zoom meeting to brainstorm for how they could safely bring children back to school when the summer was over.

The group, which would come to include former students, maintenance staff, teachers, and members of the Knights of Columbus, mapped out a safety plan based on guidance from the Centers for Disease Control, the archdiocese, and the Chester County Health Department.

Then, they measured classrooms, removing furniture so that they could safely fit 20 students in a classroom, each supplied with hand sanitizers and air purifiers. Bathrooms became hands-free. The Archdiocese of Philadelphia’s Office of Catholic Education provided movable glass dividers that teachers could use as a protective barrier between themselves and the students.

On August 31 of last year, St. Agnes reopened, with only 20 of its students attending virtually. That success was repeated in almost all of the Philadelphia archdiocese’s more than 100 parish and regional elementary schools, spread across five counties. The archdiocese has seen only one case of transmission traced to a school, according to an email from spokesman Kenneth Gavin, and no staff deaths.

In the midst of a health crisis that has led many public school systems around the country to go completely virtual or offer sometimes rocky in-person and online hybrids, Catholic educators speculate cautiously about their success in opening and staying open as a potential lifeline after years of decline. 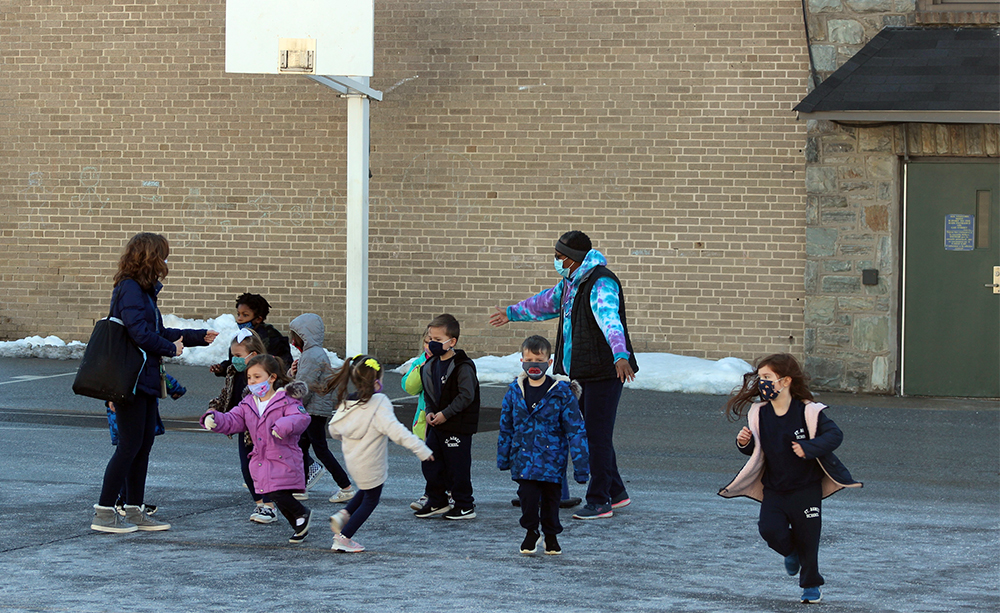 As the pandemic has ground on, said Smith, she has been fielding inquiries from families with children enrolled in public school and having to turn them down. “Parents are trying to get children into parochial schools. It’s heartbreaking to say no, but (given distancing requirements) you can’t take those you don’t have room for.”

Andrew McLaughlin, the secretary for elementary education in the Archdiocese of Philadelphia, said its schools have seen transfers from public schools across the region.

Parochial schools have seen similar requests and bumps in enrollments elsewhere. In Boston, 75 archdiocesan schools are open, with another 25 offering part-virtual, part in-person instruction. They have enrolled more than 4,000 new students, one of the highest increases in the U.S., according to WGBH.

The increase comes as overall enrollment at the United States’ nearly 6,000 Catholic elementary and secondary schools saw a national 6.4% decline in 2020 — the biggest single-year drop in 50 years, according to a report by the National Catholic Educational Association.

Citing statistics on baptisms collected by Georgetown University’s Center for Applied Research in the Apostolate, Villanova University Business School professor Matthew Manion said in an email that demographics accounted for a large part of the ongoing drop. 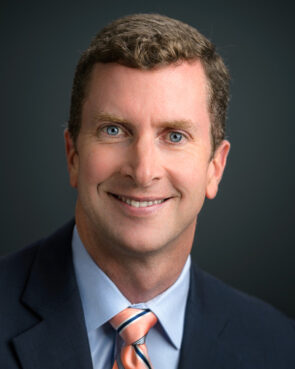 “The pool of Catholic children available to enter first grade in 2020 was 25% smaller than the pool entering in 2010. Obviously, non-Catholic children also attend Catholic schools, but when your base shrinks by 25% in ten years, a decline in enrollment would be expected,” Manion said.

The economic challenges of 2020 may have also contributed to the drop. In the Diocese of Greensburg, near Pittsburgh, the schools saw an increase of 13% in enrollment last year, which the diocesan schools superintendent, Maureen G. Marsteller, attributed to an anonymous grant of $2.4 million to help students who otherwise couldn’t afford tuition, as well as a state education tax credit for financially challenged families.

It is also significant, some said, that 40% of the drop in enrollment last year was in pre-Kindergarten enrollment. In Utah, the state’s 16 Catholic schools saw a steeper decline in enrollment than the national average (8.5%), which Mark Longe, superintendent of Catholic schools for the Diocese of Salt Lake City, attributed in part to parents preferring online instruction and partly to parents keeping preschoolers home.

“They’re young children, and it’s hard for them to learn when they’re online,” said Kathy Mears, interim president and CEO of the National Catholic Educational Association. Families feared that if COVID-19 numbers crept up and schools closed, they would be paying tuition for the online education public school was offering for free. “I think that kept a lot of people out of the game,” Mears said.

But the most powerful factor may be the extraordinary efforts schools such as St. Agnes made to open while Philadelphia parents were left to rebel against what they believe is an overly cautious public school system.

“We have heard of many Catholic schools that saw an increase in enrollment this past year for that very reason,” said Manion. “Hopefully those parents and children had a good experience of Catholic education and will continue to attend even after other alternatives open again.”