(RNS) — Growing up in Southern Baptist churches, Courtney Moore assumed she would marry, have children and live a life circumscribed by the theology of biblical womanhood, i.e., faith, marriage, motherhood.

Her life unfolded roughly in that order. She met her husband at Southern Baptist Theological Seminary in Louisville, where they were both students; they married, and she took on the role of a pastor’s wife and, eventually, the mother of three children.

“I really bought the story that a woman should be a homemaker, and your value is in the home,” said Moore, 41. “I had zero career ambitions whatsoever except to be a homemaker and raise my children.”

About four years ago she realized homemaking was not her strength. She was not a great cook, and keeping her home tidy and clean wasn’t her thing.

So Moore decided to go to work — first on the communications team at her husband’s former Mississippi church, and now as founder of a nonprofit, Women and Work, an organization that inspires women to lean in to their callings, whether in the Christian or secular spheres.

Moore, who calls herself a “soft complementarian,” is part of a new generation of evangelical women following in the footsteps of Beth Moore, the popular women’s Bible teacher who shook up the evangelical world by announcing last week she was quitting the Southern Baptist Convention. 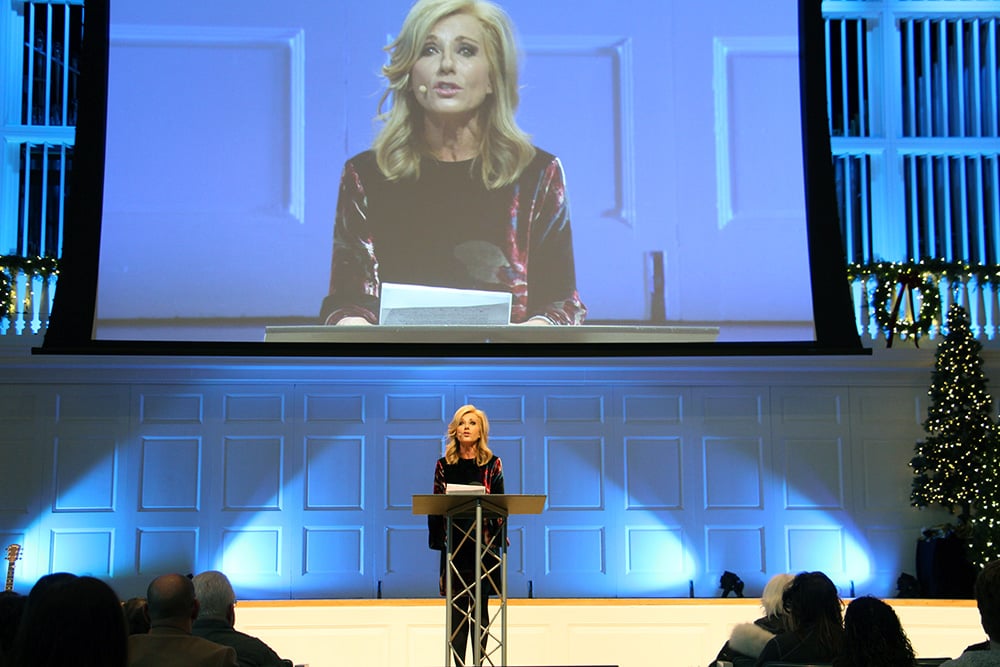 Moore (no relation to Beth) still believes in submitting to her husband’s leadership in the home. She also believes only men are called to serve as church pastors. But she no longer subscribes to the idea that women must limit themselves to motherhood and homemaking.

“I just don’t want complementarianism to pigeon-hole women into one way to be a woman,” she said. “There’s been a lot of pressure to value motherhood and marriage as the ultimate for womanhood. I want women to know they are still free in Christ. If God gifted you in ways outside of that, you can be what God made you to be.”

Complementarian theology is relatively new to the evangelical world, and it was not always a fixed doctrine in the Southern Baptist Convention, the nation’s largest Protestant denomination. Though plenty of evangelicals believed in traditional gender roles, the notion that men and women are equal but have complementary or distinct roles was only incorporated into the Baptist Faith and Message, the denomination’s confession, in 1998. It called for a husband “to love his wife as Christ loved the church” and to lead his family and for his wife to “submit herself graciously to the servant leadership of her husband.”

Two years later, it added a sentence that only men could be pastors.

It was Dorothy Patterson, the wife of fired SBC seminary President Paige Patterson, who fought against an amendment to the confession that would have allowed for “mutual submission” between husband and wife. She insisted only wives should submit. 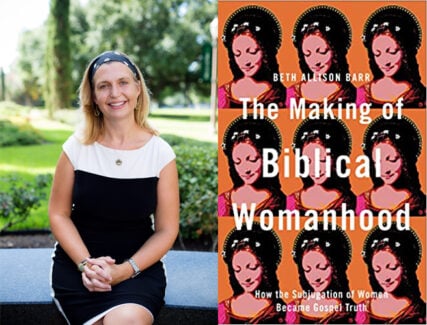 “Women were key to the success of complementarianism and will be key to unmaking complementarianism,” said Beth Allison Barr, a historian at Baylor University and author of “The Making of Biblical Womanhood: How the Subjugation of Women Became Gospel Truth,” which publishes next month.

Over the past 20 years, Southern Baptists, along with other mostly white evangelical denominations, launched an industry of books, devotional literature, conferences and seminary programs celebrating the beauty and dignity of traditional gender roles.

In doing so, the SBC was following other evangelical groups who had earlier  thrown down the gauntlet. In 1979, Theologian Stanley  Gundry was forced to resign from Moody Bible Institute for supporting his wife’s egalitarian views in her book, “Woman Be Free.”

For years, Beth Moore toed that line. Early in her career as a Bible teacher at sold-out arenas and concert venues, she declared her husband Keith the authority in their home. She also modeled a kind of wholesome, ideal white Southern femininity, with her frosted blond hair, perfectly made-up face and a casual fashion sense, sometimes referred to as “rustic chic.”

By 2019, however, Moore, too, was calling herself a “soft complementarian.” The election of Donald Trump in 2016 and the pre-election debate over the now-infamous Access Hollywood tape, in which Trump boasted about groping women’s genitals, awakened her to the “misogyny, objectification and astonishing disesteem of women” among Southern Baptist men, she tweeted. For Moore, the marginalization of women in the SBC appeared to be a major reason for her exit from the SBC.

Moore has not renounced complementarianism but now appears to favor a less-restrictive version. And other evangelical women may be following suit.

“Complementarianism doesn’t mean one thing anymore,” said Elizabeth Flowers, a professor of religion at Baylor. “There’s been a softening and a diversity of opinion about it.”

In the 1970s, Flowers said, the language of submission was tied to sin and obedience. A woman’s suffering was viewed as replicating that of Jesus on the cross. That’s no longer the case. 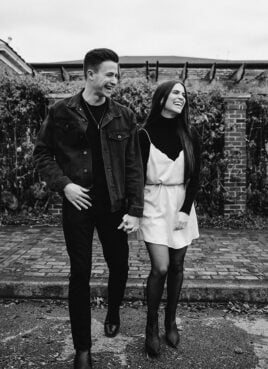 The rise of the #MeToo movement and the reports of sex abuse within the Southern Baptist Convention may all be propelling the shift, even as the top leadership of the SBC remains solidly conservative, she said.

To be sure, not all evangelical women are ready to shake off traditional gender roles.

Kolby Koloff, a 25-year-old Nashville resident who is engaged to be married in May, said she is wedded to complementarian theology.

“That’s the structure where I will plant my feet, and that’s how I will build my home,” said Koloff, a member of Axis Church, part of the Calvinist Acts 29 network. Koloff said she plans to work outside the home only part time in some form of women’s ministry. She and her fiancee have bought a home but are living separately until they marry.

No one expects a groundswell of women to follow Beth Moore out of the SBC. Those women who wanted to be ordained and lead churches have already left, scholars say.

But some evangelical women are finding more freedom to speak their mind.

Recently, Rachael Denhollander, an evangelical and abuse survivor whose testimony led to the conviction of former national gymnastics doctor and serial abuser Larry Nassar,  has spoken out about the objectification of women in evangelical spaces. This week, she tweeted about the suspect in the killing of eight people at Atlanta-area massage parlors. The man, a white Southern Baptist male, reportedly said he killed the women because he was addicted to sex. Blaming women for men’s temptations, Denhollander said, is a tried-and-true evangelical posture. 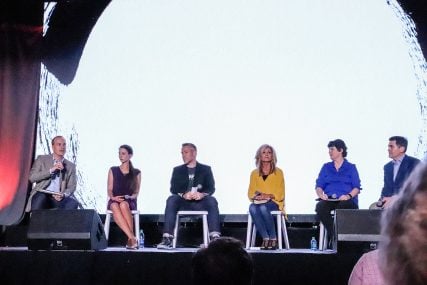 Barr said women who embraced the complementarian system thinking it would grant them and their families safety and approval are now finding it has made them more vulnerable to sexism and misogyny.

Apart from sexual abuse, evangelical women are feeling freer to speaking out.

Courtney Moore, who was a Southern Baptist until she and her husband Brent moved to Texas a year and a half ago when he accepted the offer to lead Life Church, a non-denominational congregation in El Paso, Texas, is one.

She has found her calling encouraging women to pursue their talents outside the home. Her 11-member staff at Women and Work is busy producing a podcast, a book club and a blog about women — some serving the church, others in secular professions, but all ultimately serving God. She is now awaiting IRS approval for her nonprofit status.

Moore still believes men should lead churches. But she is critical of those like popular theologian Owen Strachan who attacked Beth Moore in 2019 for delivering a sermon at her church on Mother’s Day. (Women do not preach on Sunday to the church,” Strachan tweeted in response to Beth Moore.)

The way Courtney Moore sees it, Beth Moore was a member of a church that invited her to speak to a congregation that is at least 50% female on the one day of the year when society recognizes them.

“The senior leadership gave her that position for the morning,” said Moore. “In my heart of hearts, I feel that’s OK.”