(RNS) — A coalition of religious, civil rights and peace organizations is marking the anniversary of the assassination of the Rev. Martin Luther King Jr. with a remembrance of his speech against the Vietnam War, given exactly a year before his death.

The groups said the speech — “Beyond Vietnam: Breaking the Silence” — delivered on April 4, 1967, at New York’s Riverside Church is still timely, as events of the past year have brought renewed calls for justice and peace.

A letter signed by more than 60 Christian and Jewish leaders, spearheaded by the Fellowship of Reconciliation USA, noted that King’s address was controversial at the time because in connecting the civil rights struggle with “the global struggle against what he referred to as ‘giant triplets of racism, extreme materialism, and militarism,’” the letter reads, “Many felt he had moved outside of his narrow lane.”

RELATED: On an Easter shadowed by the Lorraine Motel, recommit to justice 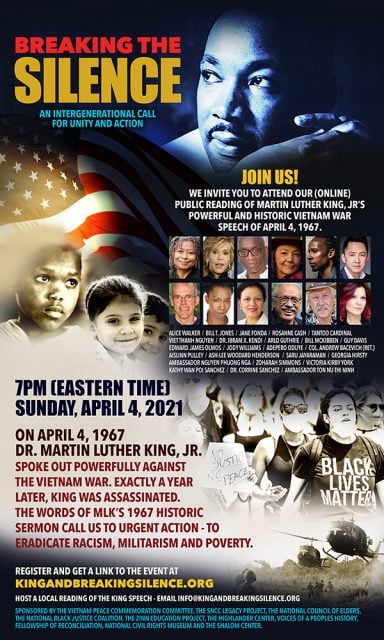 On Sunday at 7 p.m. Eastern, Alice Walker, Jane Fonda, Ibram X. Kendi and others will read King’s speech during a webinar called “Breaking the Silence.” A panel discussion about the present-day relevance of King’s speech will follow the reading.

“As representatives of both the Jewish and Christian faith traditions, it is also significant that the anniversaries of Dr. King’s Riverside Church speech and his assassination this year happen to fall on both the final day of Passover and Easter Sunday,” the leaders said.

“On the same day that Jews recall their Exodus from slavery and Christians celebrate Jesus’ resurrection; we are reminded that Dr. King used the language of faiths to condemn violence and injustice perpetrated in our name by the government of the United States.”

Event organizers are encouraging local events to mark the anniversary of the speech and more than 25 have been planned, mostly during the same weekend.

“King’s target in 1967 was the escalating American war in Vietnam while decreasing the war on poverty but in 2021 we could just as easily substitute Black Lives, Native Americans or the poor and his charge would ring true as ever in the United States,” the leaders said. “Clearly it is our own humanity that is at stake.”

RELATED: Beyond the Most Segregated Hour 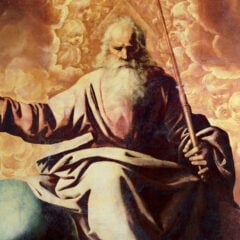