(RNS) — 2019 was a challenging enough year for Elizabeth Glass Turner and her household.

Because Glass Turner is immunocompromised, she wasn’t able to leave her home in Ohio for much of the year as the COVID-19 pandemic forced many to quarantine. To help out, the meals ministry at her church dropped off weekly meals at her home.

Which is how the managing editor of Wesleyan Accent found herself crying tears of gratitude into a dish of green fluff.

That “green fluffy grace,” made with Jell-O and Cool Whip, isn’t something she’d ever make herself, Glass Turner said.

“It was an unexpected, visceral reaction — I wouldn’t have even listed green fluff as a favorite — but it was so strongly evocative of basically every church potluck ever. Like a church lady hug held in a (predictable) re-used Cool Whip container,” Glass Turner said in a message to Religion News Service.

Green fluff and its many-hued counterparts have been a church potluck staple for generations, most recently putting the “comfort” in “comfort food” for those struggling or unable to gather with others through a tough pandemic year.

Also known, in its various iterations, as lime fluff or strawberry fluff or orange fluff, the dish often includes crushed pineapple and cottage cheese. Sometimes it also has mini marshmallows or chopped nuts, and it can be served topped with fresh fruit to make it look a little more nutritious.

The Rev. Pamela Kail, a retired United Methodist pastor, has had it all at the churches she’s served across Michigan.

The sweet and chunky “salad” crosses denominational lines, too, making for ecumenical eating.

Kail found a recipe for a similar dish called “cottage cheese salad” dating back as far back as 1943 — even before Cool Whip was invented — in a cookbook from the Lutheran church she grew up in in Michigan, one of many church cookbooks from her mother’s collection. That recipe uses whipped cream instead. 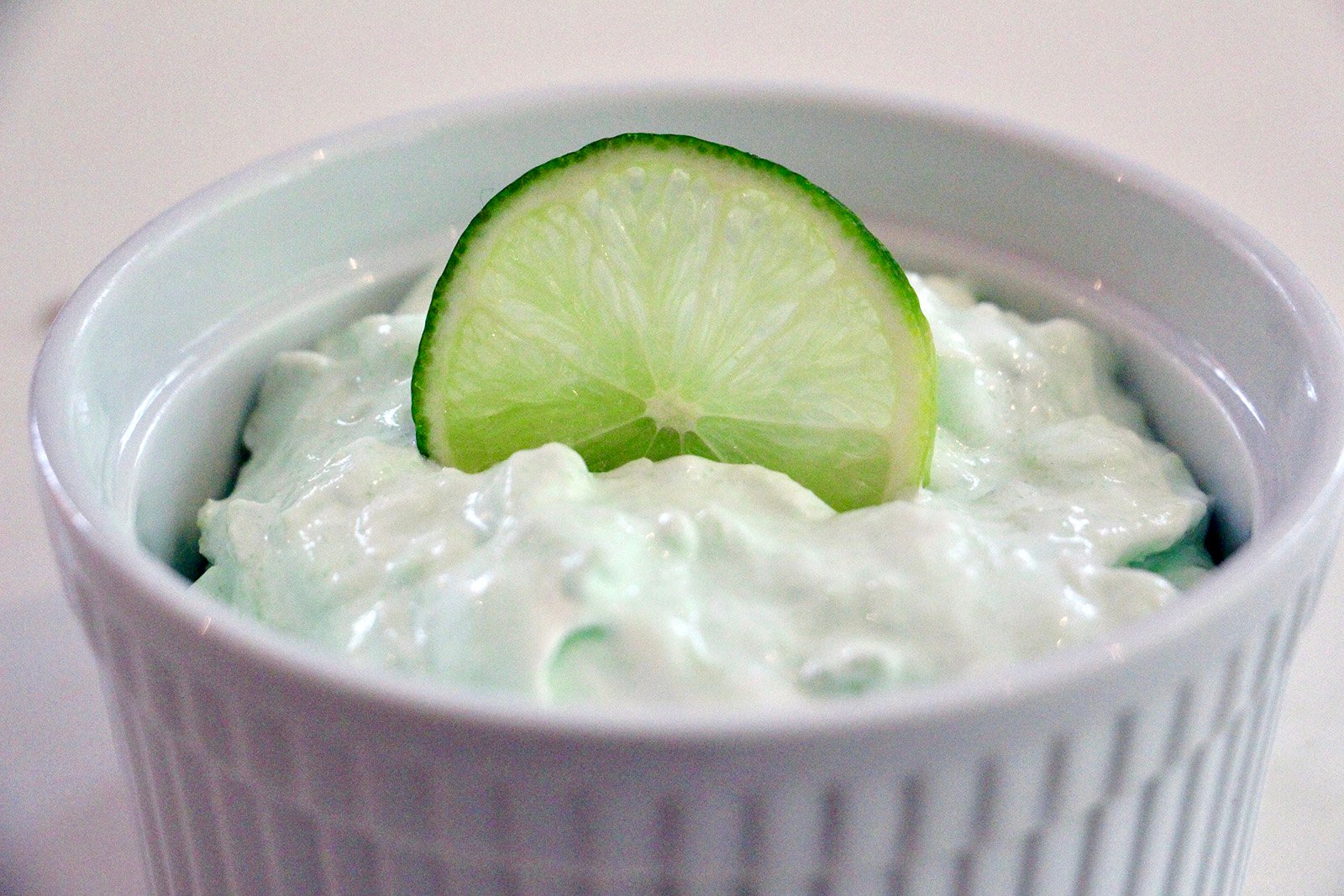 She’s also seen it called “emerald salad” in cookbooks from congregations in The Church of Jesus Christ of Latter-day Saints.

It was always at church potlucks she attended growing up, she said, pointing out that at every church, there seems to be a tacit understanding of who brings the green fluff. For many years, that person was her grandmother.

She since has inherited the fancy Jell-O bowl her grandmother used to present the pastel colored dessert-salad.

Kail has spent a lot of time thinking about why it’s such a ubiquitous dish, she said.

“It was easy to make. It was relatively inexpensive. And people could eat it — you know, you didn’t have to worry about whether you’re going to get something stuck in your teeth. It’s kind of like a no-brainer,” she said.

Annette Spence, editor for the Holston Conference of the United Methodist Church, pointed to an NPR article linking the humble fluff to the famous Watergate salad and a boom in gelatin-based desserts that came with the introduction of instant gelatin.

“There are as many flavors as there are Jell-O,” she added.

Spence recently published a recipe for what she called “strawberry fluff salad” on “The Call to Cook,” the Holston Conference’s food and faith blog.

She’d grown up with the green variety her family referred to as “green Jell-O salad,” which, she said, seems to be most popular. She introduced its pink cousin this Easter to a drive-thru meals ministry she volunteers with at a United Methodist church in Tennessee. She thought the dish would be an easy spring treat that might connect people to “home cooking, comfort food and church” during the pandemic, she said.

She didn’t expect the response it got.

Spence was surprised how many people stopped to comment on the fluff, telling her their mother or grandmother used to make the same thing and asking for the recipe. The recipe ended up being shared by United Methodist News Service and a local Facebook group called Knoxville Eats, she said.

When it comes to faith and food, Spence said, “you can get really deep about sustainability and gardening and creation care, but I think of food and faith as home and comfort and love and family.”

In the midst of a pandemic year, fluff tasted like all of the above.

Adapted from Strawberry Fluff Salad, courtesy of Annette Spence at “The Call to Cook: Food and Faith in the Holston Conference”

Combine pineapple, cottage cheese and gelatin in a bowl. Stir well. (Don’t prepare the gelatin with boiling water — just mix in the powder.)

Fold whipped topping in with other ingredients until combined. Do not overmix, to keep the salad “fluffy.”

Refrigerate until serving time. Garnish each serving with a slice of lime or top with other fresh fruits, depending on what flavor of gelatin you use.