They heard sermons about the failures of God’s people in the Bible, from the Israelites’ worship of a golden calf to the Apostle Peter’s denials of Jesus in the Gospels.

They also got some fashion advice.

“The current battles our churches are facing in our culture require its pulpits to be filled with men who don’t wear lace on their skinny jeans,” Tom Buck, pastor of First Baptist Church in Lindale, Texas, told a crowd of about 1,000 people at the Founders Ministries gathering Monday (June 14) ahead of the Southern Baptist Convention. He also warned there could be no peace in the denomination without doctrinal purity.

Humor aside, the message of all the speakers at the “Be it Resolved” event, held at a hotel a few blocks from the site of the SBC annual meeting, echoed a similar theme. The SBC is in trouble and “worldly” ideas — from marketing schemes to critical race theory — can’t save it. Instead, speakers urged attendees to rely on the “sufficiency of Scripture,” the belief that the Bible contains everything Christians need to understand and to minister to the world around them.

Founders Ministries was started in the 1980s by pastors who wanted Southern Baptist to return to the “doctrines of God’s sovereign grace.” Mostly made up of Calvinists, the group has long been concerned that pragmatism — rather than theology — shapes the world of many churches.

That pragmatism, Founders President Tom Ascol told Religion News Service in an interview, led to liberal theology in the denomination in the 1970s. Even when conservatives took over the SBC in the 1980s and 1990s, that pragmatism remained, according to Ascol. So churches, he said, are filled with people who think they are Christians but really aren’t.

“We still have churches filled with unregenerate people,” said Ascol, senior pastor of Grace Baptist Church in Cape Coral, Florida. “Our evangelism, our church practice is still very much influenced by principles derived from something other than what we believe or say we believe in Scripture.”

In 2019, Founders released a documentary called “By What Standard,” which details concerns about Resolution 9, a statement passed at that year’s convention about critical race theory and intersectionality. Those social theories could be used as “analytical tools subordinate to Scripture,” according to the resolution.

That frustrated critics of CRT, as the original language of the resolution had condemned CRT. The documentary also criticized Beth Moore — a longtime Bible teacher who left the SBC earlier this year — and other Baptists whom Founders members believe violated a biblical ban on women preachers.

Jared Longshore, vice president of Founders Ministries and an associate pastor at Grace Baptist Church, criticized Saddleback Church, a California megachurch, for ordaining several women pastors during his speech at the “Be it Resolved” conference.

Longshore called CRT and other liberal ideas part of a new version of paganism. That pagan religion, he said, has infiltrated SBC life and finds truth in human teaching rather than the Bible. He described the recent battles in the SBC as being between true religion and a new religion.

“It’s the new religion that is on the wrong side of history,” Longshore said. 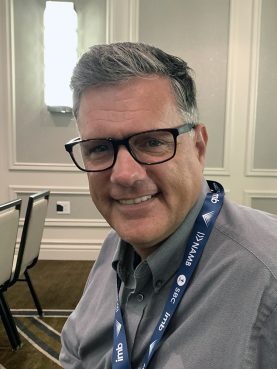 Ed Stetzer, executive director of the Billy Graham Center at Wheaton College, did not attend Monday’s meeting but said he too is concerned about “regenerate church membership,” the idea that Christians have been born again and become disciples of Jesus, and the fact that many Southern Baptist church members don’t regularly attend church services. SBC churches report about 14 million members but only 4.4 million in weekly attendance.

But Stetzer thinks Ascol and other critics of SBC leadership are overstating the influence of CRT.

“I think they believe that the SBC has been co-opted,” he said. “I believe the SBC is conservative.”

Longshore also lamented the pragmatism in the SBC, which has lost more than 2 million members since 2006, saying pastors had become more marketers and managers than “preachers of grace and truth.”

He also weighed in on calls for third-party investigations of how Southern Baptist leaders have handled abuse allegations. Those reviews do not fit biblical teaching, said Longshore.

God “has a word to say” about such reviews, he said, saying disputes in the church should be settled internally.

“Can it be that there is no one among you wise enough to settle a dispute between the brothers?” he said, quoting from the New Testament book of 1 Corinthians.

Glenn Leatherman, pastor of First Baptist Church in Liberty, Texas, said he came to the Founders conference to learn more about critical race theory and the challenges facing the convention. He said church members have been concerned about Resolution 9 and CRT.

“I don’t think anyone knew what it was all about,” he said, speaking of messengers to the 2019 SBC meeting, who approved that resolution. Leatherman said he tries to listen to other people’s points of view and knows racism exists in the United States. Still, he said, the Bible has the solution, not secular theories. He said he worries most about how to help church members become better disciples of Jesus.

Still, he said, the controversy about Resolution 9 needs to be addressed. Southern Baptists can’t work together in mission if they don’t agree about theology, he said.

Steve Bohnke, a messenger from Calvary Severance, a church plant in Severance, Colorado, also said he came to learn more about CRT and other issues facing the SBC. He said when dealing with racism or other issues, Southern Baptists need to focus on the Bible. Otherwise, he said, they are just “making things up.” “Wherever you fall in the discussion, if Scripture alone is not our foundation, then we really have nothing,” he said.

James Pittman, pastor of New Hope Community Church in Palatine, Illinois, gave perhaps the most rousing speech of the conference. Pastors need the courage to speak the truth, he said — and they need to be willing to suffer for doing so. Pittman, who is Black and politically conservative, said his views are not always popular.

He criticized CRT, saying his identity in Jesus far outweighed that and he did not need the approval of others. If someone is racist, he said, that is their problem.

“I am not going to let your problem rob me of my joy,” he said, adding that he would not change his theology to “make you like me.”

In his speech, Ascol criticized SBC leaders but also said the SBC as a whole has problems.

Those leaders are good people who, like Christians in the past, have been led astray, Ascol said. He believes the votes on planned motions that will attempt to rescind Resolution 9 and the SBC presidential election will tell a lot about the future of the SBC.

The convention’s biggest problem has to do with a lack of faith, he said.

“We have forgotten God.”