(RNS) — The first Bible college to open a social work program in the United States shut that program down in May after 55 years, opening a rift with a group of students and alumni who have accused the administration of killing a department that was teaching students to address racism.

The leadership of Cairn University, in suburban Philadelphia, vehemently disagrees.

“It’s gotten co-opted that this is about race. That is in fact not the case,” said President Todd Williams.

Williams announced the decision to eliminate both the undergraduate program, founded in 1965, and the year-old graduate program in a May 26 email to alumni explaining that the school had made a difficult choice in response to the latest draft criteria for accreditation issued by the Council on Social Work Education.

“The draft includes significant changes built upon theoretical and philosophical assumptions that require instructional and curricular commitments inconsistent with our own institutional commitments,” Williams wrote, and “embraces a social and cultural agenda that now includes the acceptance of a view of human sexuality, gender identity, and gender expression that is inconsistent with the University’s biblical position on human sexuality.”

Williams said accredited social work programs would be required to conform to “a set of critical theory and intersectionality assumptions and values inconsistent with our biblical view of humanity, human nature, and the world.”

But that was not the only explanation the president offered. On June 1, Williams sent another email explaining that there was a “carefully considered, multifaceted rationale” for eliminating the social work program. The primary issue, he said, was declining undergraduate enrollments.

Williams said that disappointing enrollment numbers had prompted him to recommend that the board close the school in April, and that he had only later added his concerns about the CSWE standards.

“My view would be that apart from that, the board would have approved this recommendation on the face of the recommendation for other concerns related to enrollment and cost,” Williams said in a phone interview.

For one thing, according to the CSWE, Williams’ characterization of its draft criteria is false. The proposed requirements “articulate competencies that all students must achieve and do not specify theories to be taught,” the CSWE said in an official statement.

Nor, said CSWE, has language about sexuality and gender identity “been dramatically changed.” The only substantive change in the new draft, according to the accrediting body, is a standard about teaching students about racism and inequity, following laws recently passed by some state legislatures limiting instruction on racism.

Critics of the school allege that the real reason the social work program was closed is the trouble it has caused in the administration’s view. “The program … pushes the boundaries at the school, it always has,” said Francisco Roman, a Cairn social work graduate who supervised student field placements at the Children’s Crisis Treatment Center in Philadelphia.

“We talked about issues that are problematic. We talked about racism in an open and direct way,” he said. “The program itself, the faculty was the most diverse among the college.”

Some current students and recent grads see the move as the administration’s response to the social work program’s focus on racism.

“Any work that we have done towards diversity, equity and inclusion, it’s always been met with pushback,” said Lizzie Walker, a recent graduate with a social work degree. 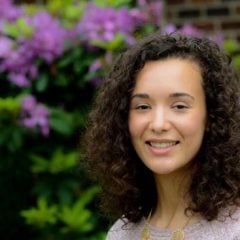 Simone Wesley, a current student majoring in education, said the elimination of the program felt like a “slap in the face.” It was the teachers and students in the social work program, she said, who were taking steps to address racism.

“They are willing to step into hard places and discuss them and at least try to apply a biblical perspective,” Wesley said.

The administration was not willing to go with them, said Wesley. She and some other students formed a group in the wake of protests over police brutality last summer to push for changes at Cairn. The group requested that the university hire a chief diversity officer, revise the current system for reporting bias incidents, more aggressively confront the university’s history with race and racism, and host more culturally sensitive events and a more diverse panel of chapel speakers.

According to Wesley, the group was not well received.

“There has been a pattern,” she said, “where we have seen them addressing surface issues, but when we have pushed them to go deeper and to really face the harder issues and effects of those things, I think that’s where we have gotten stuck and have found a little more pushback.”

Williams acknowledged that he disagreed with some of the students’ requests but said the university is taking concrete steps to make the campus more inclusive.

He said, however, that any disagreements about racism and the best ways to address inequity are separate from the decision the administration made about the social work program.

“This is not about us waffling on the issue of race and racism,” Williams said. “I understand how they might draw those connections, but it’s unfortunate and I’m hopeful that we can work on it going forward. … The social work program is not the only means of ensuring fairness and equity and diversity at any university.”

Williams also acknowledged he is concerned about critical race theory and “the underlying assumptions of critical theory apart from its applications to race, as it’s applied … to economics, to race, to education and all of those things.” He believes those philosophical ideas clash with a biblical worldview. Troy Brindle, a former adjunct professor of social work at Cairn and a current member of the National Association of Social Workers’ national board, pointed to the creation of the graduate program last year, saying it doesn’t make sense to expand the program one year only to eliminate it the next. Even if that were a plausible explanation, he added, the administration’s shifting story raises questions.

“I’m like, ‘Can you make up your mind on what you want the story to be,’” Brindle said. “’Because what you led with is not a story of financial lows.’”

A professor who spoke on condition of anonymity out of concern for their job said, “To me, it (Williams’ explanation) felt less like a clear-cut, detailed rationale of, ‘Folks, this is why we had to do what we had to do,’ and more of a coded treatise and a rallying of the troops, as it were.”

The professor added, “The idea that you might actually work with an accrediting body to come to some kind of consensus about how to maintain your principles as a school and still work in partnership — holding that tension is being cast as compromising your integrity.”

Damone B. Jones, a Cairn alumnus who pastors Bible Way Baptist Church in Philadelphia, insisted the real reason the school cut the social work program is not hard to see.

“The evangelical church has a really deep-seated fear of any conversation that brings up issues of race,” Jones said. “That’s at the core of what it actually is. … Unless your head is in a hole somewhere, there’s no way you don’t know this.”