(RNS) — A group of abuse prevention advocates believes there are serious questions about the future of a prominent Anglican bishop accused of mishandling abuse allegations.

Bishop Stewart Ruch III of the Upper Midwest Diocese in the Anglican Church in North America announced recently that he was taking a leave of absence after he admitted he’d made a “regrettable error” in handling abuse claims at a church under his supervision.

According to a copy of a letter to ACNA Archbishop Foley Beach, obtained by Religion News Service, advocates from a group called #ACNAtoo have asked that Ruch be permanently removed from office if an investigation confirms allegations against him.

Those allegations “are not limited to, covering up a failure in mandatory reporting of child sexual abuse, allowing those involved to continue in their positions of leadership which risked further negligence and abuse, and not informing his diocese of the abuse in a timely manner.”

The group also asks ACNA leaders to confirm whether Ruch will be paid while on leave.

The initial abuse allegations against Mark Rivera, a former volunteer minister at Christ Our Light Anglican Church in Big Rock, Illinois, were reported to legal authorities by a victim’s mother in May 2019. But Ruch did not inform church members in the diocese about the alleged abuse until May 2021. Rivera had previously worked with youth as a volunteer at another prominent church in the diocese. He has been charged with felony child sexual abuse and sexual assault and awaits trial.

The advocacy group also asked Beach to suspend the bishop’s council, which is running the Upper Midwest Diocese along with an unnamed interim bishop in Ruch’s stead, and to place two staff members of the diocese — including Chancellor Charlie Philbrick — on leave. In addition, #ACNAtoo asked ACNA to implement consistent standards for abuse prevention and responding to survivors and requested an update on the status of the former pastor of Christ Our Light Anglican, the Rev. Rand York.

#ACNAtoo is asking that Beach make public the names of the members of the Provincial Response Team that he said would oversee the investigation, and give the #ACNAtoo group an active role in the investigation.

“We ask that you commit publicly not to hire an investigative firm until the #ACNAtoo survivors and their advocacy team have approved both the firm, scope, and parameters of the investigation,” the group said in its letter. “Likewise, we ask to be given the opportunity to correct any public statements made about the investigation before they are published.”

A spokesperson for ACNA declined to answer questions about the administration of the diocese in Ruch’s absence or about York’s status.

“We are currently working through the complexities of the transfer of oversight of this situation and are not yet in a position to answer specific questions,” the spokesperson said in an email. “However, more information will be released over the next few days and next week.”

A new letter from the bishop’s council of the Upper Midwest Diocese published the same day as the #ACNAtoo letter announced that deans Eirik Olsen, William Beasley and Christian Ruch will take a voluntary leave of absence from the bishop’s council, and that Charlie Philbrick has stepped aside as chancellor of the diocese. A new acting chancellor and three new acting deans will be appointed.

This story has been updated to reflect that some members of the bishop’s council in the Upper Midwest Diocese are taking a temporary leave of absence, and that Charlie Philbrick has stepped aside as diocesan chancellor. 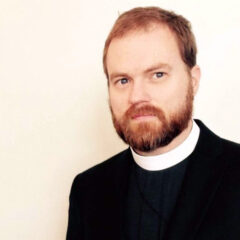 News
She wanted to help Ravi Zacharias save the world but ended up defending an abuser
Follow us on Facebook!
Submit your photos to RNS