(RNS) — Keen observers of interfaith dialogue may have recently followed an uneasy exchange between the Vatican and the Chief Rabbinate of Israel and Rome over sermons by Pope Francis that seemed to suggest that Jewish observance of the Torah today is obsolete.

This new tension is significant because the flowering Catholic-Jewish dialogue has since 1965 served as a positive model to other religions around the world, demonstrating how two religions with such a deeply tragic 2,000-year history can successfully reconcile and build a new, productive relationship to benefit humanity.

To be sure, there have been disagreements between the two faiths over the past 56 years. But the latest quarrel marks the most strained episode between the Vatican and the Jewish people during the eight-year papacy of the 84-year-old pontiff, particularly as there have been recent problematic statements from other Catholic leaders.

It started on Aug. 11, when Pope Francis, considered a great friend to the Jewish people since his days as Cardinal Jorge Mario Bergoglio in his native Argentina, spoke to a public gathering in the Vatican about the teachings of the Apostle Paul in the New Testament Letter to the Galatians. Pope Francis embraces two good friends of his traveling with him, Argentine Rabbi Abraham Skorka, left, and Omar Abboud, leader of Argentina’s Muslim community, partially seen behind the pope, as he visits the Western Wall in Jerusalem’s Old City, Israel, Monday, May 26, 2014. Both friends joined the pontiff’s official delegation for the trip in a sign of interfaith friendship. (AP Photo/Andrew Medichini, Pool)

In reflecting on the relevance of the Torah — which can be defined as the Jewish canon that includes God’s commandments to the Jewish people — Francis started with praise, calling it a “tremendous gift that God gave his people.”

But then the pope said: “The Law, however, does not give life, it does not offer the fulfillment of the promise because it is not capable of being able to fulfill it.” He added, “Those who seek life need to look to the promise and to its fulfillment in Christ.”

These words sounded like supersessionism — the troubling age-old Christian doctrine that asserts that the Church, through Jesus, has replaced the Torah and the Jewish people. This concept, also known as replacement theology, has caused great pain and suffering for Jews for 19 centuries and is adhered to in certain sectors of the Christian world today.

In response, Rabbi Rasson Arousi, chair of the Commission of the Chief Rabbinate of Israel for Dialogue with the Holy See, wrote sternly to the Vatican.

He said Francis’ reading of Paul is “in effect part and parcel of the ‘teaching of contempt’ towards Jews and Judaism that we had thought had been fully repudiated by the Church.”

Arousi’s Aug. 12 letter was addressed to Cardinal Kurt Koch, president of the Vatican Commission on Religious Relations with Jews, established 50 years ago to build a new positive dialogue between the two sibling religions as mandated by the 1965 Second Vatican Council.

Arousi, representing the top rabbinic authority for Judaism in Israel, asked Koch for clarification, expressing deep concern that the pope’s words would encourage “derogatory” thinking, and hinted that their dialogue might be put on hold without an agreeable resolution. 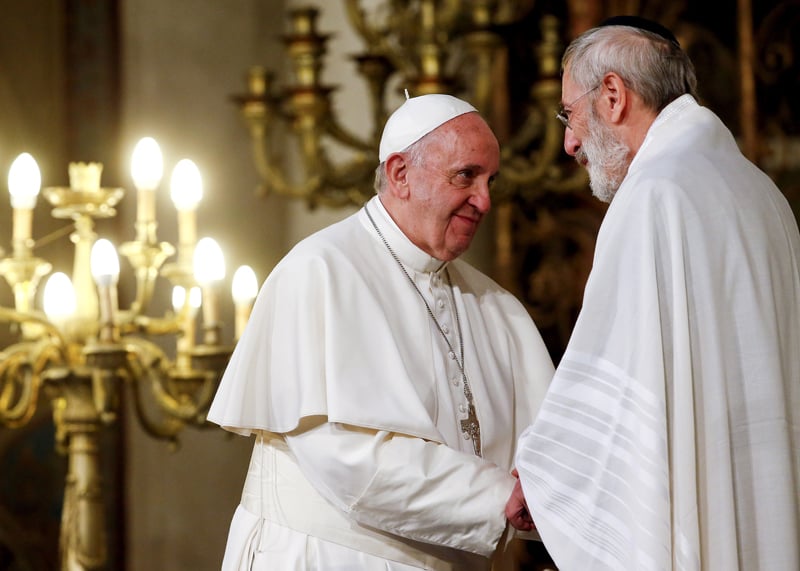 Meanwhile Rabbi Riccardo Di Segni, Rome’s chief rabbi, also weighed in, expressing concern that the pope’s lesson “runs the risk of confirming hostile stereotypes, in this particular case that of Judaism as an abrogated and formalistic religion—all duties, without spirit—or simply as a preparation, ‘pedagogy’ for the new faith. Dealing with these issues requires attention and an assessment of the repercussions.”

On Sept. 3, Cardinal Koch responded to the Israeli rabbi. He apologized for the delay, saying he wanted to consult with Francis first.

In his letter, Koch declared that the pope did not devalue the Torah and affirmed that Paul did not oppose the Law of Moses. Koch said the troubling phrase “the law does not give life …” must not be taken out of Paul’s historical context and his overall theology.

He stated that, while Christians believe Jesus is the new way of salvation, “this does not mean the Torah is diminished or no longer recognized as the ‘way of salvation for Jews.’”

Going further, Koch observed that “the fact that the Torah is crucial for modern Judaism is not questioned in any way.” And he stated that “it cannot in any way be presumed” that Francis is “returning to a so-called “doctrine of contempt.” These are all major theological pronouncements.

“I trust that this response clarifies the theological background of the Holy Father’s words,” Koch concluded. 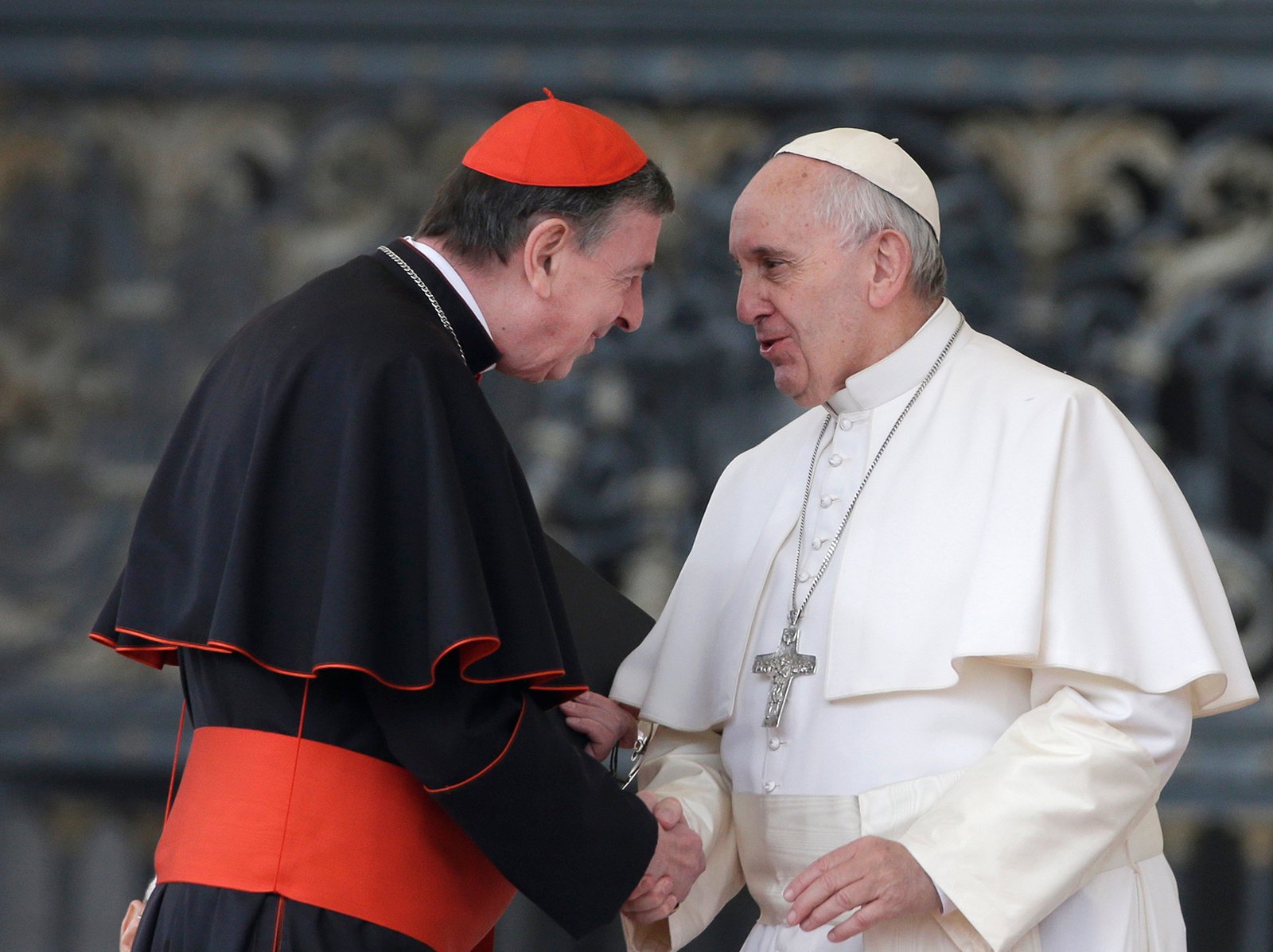 There has been no comment yet from the Israeli or Italian rabbis.

This week the pope strongly condemned antisemitism and spoke positively about Judaism during his trip to Slovakia.

What can we learn from this episode?

Like any worthwhile relationship, building and maintaining interfaith dialogue requires constant and sometimes difficult work, even after 50 years. Vigilance is required to deepen the relationship.

The original letter on behalf of Israel’s chief rabbinate appeared as curt and confrontational. Without knowing if there was any behind-the-scenes conversations, it would make sense for friends to take a warmer approach.

The Vatican’s response failed to acknowledge the legitimacy of the deep concern of the Jewish inquiry or express regret. It brings to mind the Hasidic tale whose moral is: “If you loved me you would know what causes me pain.”

We need more regular education, dialogue and joint projects going forward. Both traditions are still learning how to speak to one another about their self-understandings — even as scholarship provides us with new information and interpretations.

In an increasingly polarized world, on political and religious levels, we cannot afford to lose ground on the historic relationship being built between Catholics and Jews.

(Rabbi Eric J. Greenberg is former national director of interfaith affairs for the Anti-Defamation League. Eugene Fisher is distinguished professor of theology at Saint Leo University and from 1977 to 2007 was the director of Catholic-Jewish relations at the US Conference of Catholic Bishops. They are co-editors of “The Saint for Shalom: How Pope John Paul II Transformed Catholic-Jewish Relations.” The views expressed in this commentary do not necessarily reflect those of Religion News Service.)

RELATED: Pope Francis seeks to set misunderstanding with Jews aside during papal trip