(RNS) — In Dearborn, Michigan, where the mayor once promised to do something about the city’s “Arab problem,” Abdullah Hammoud, a Lebanese American Muslim, was elected this month to fill that post.

Hammoud is one of three newly elected Arab American Muslim mayors in the Detroit suburbs.

“Never shy away from who you are,” said Hammoud, who currently sits on the state Legislature in Lansing. “Be proud of your name, be comfortable in your identity, because it’ll take you places if you work hard, you’re passionate and you inspire people.”

In Dearborn Heights, just west of Dearborn, the newly elected Lebanese-born mayor, Bill Bazzi, has held the post since last year, when he was appointed to the position.

In Hamtramck, Amer Ghalib, an immigrant from Yemen, defeated Karen Majewski to become the first non-Catholic and non-Polish mayor in the city’s history. 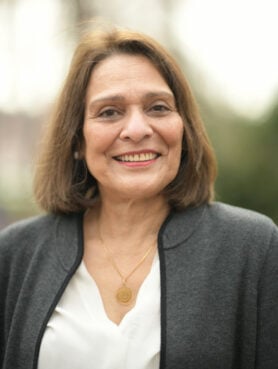 Election Day also saw two Muslims win office in New Jersey. Shama Haider, a former Tenafly councilwoman, become the first Muslim elected to the state Legislature. Haider was an opponent of Pakistan’s military dictatorship in the 1970s and at one point served as a secretary for the first lady of Pakistan, Begum Nusrat Bhutto. Haider immigrated to the United States in 1977. Haider has vowed that she doesn’t want to be known as the “token Muslim woman” in the Legislature but, rather as an effective legislator.

New Jersey currently has more Muslim officials than any other state. Haider’s victory is all the more notable following the election night upset of the state’s Senate president, Steve Sweeney, by little-known Republican challenger Edward Durr.

In a 2019 tweet, Durr called Islam a “cult of hate” and referred to those who follow “muslim teachings” as fools. Durr also drew criticism for social media posts comparing COVID-19 vaccination efforts to the Holocaust. He has since apologized.

In Boston, Tania Fernandes Anderson gained her council seat by defeating Roy Owens, who had relied heavily on anti-Muslim rhetoric in his campaign.

Cape Verde-born Anderson is proud of her Sunni Muslim faith and wants the city of Boston to recognize Muslim holidays such as Eid al-Fitr, while pledging to represent Boston’s diverse population.

Elsewhere in Massachusetts, Etel Haxhiaj, an Albanian American, became the first Muslim elected to the Worcester City Council. Prior to last week’s election, one local media outlet reported that only three Muslims had ever been elected to office in the state.

In Pennsylvania, Taiba Sultana, an immigrant from Pakistan, won a seat on the Easton City Council. Azrin Awal, a Bangladeshi American immigrant, became the first Muslim elected to the Duluth City Council in Minnesota.

While many of the new Muslim officials are the product of natural cycles of maturing immigrant communities and civic engagement, others continue to be inspired by discrimination and anti-Muslim bias.

In the aftermath of last week’s historic slate of Muslim electoral victories, a Durham, North Carolina, county commissioner announced her intention to run for Congress. Nida Allam was friends with the three Muslims killed in the 2015 Chapel Hill slayings.

“In 2015, my three best friends were killed in a hate crime,” she said in a tweet announcing her campaign on Nov. 8. ”In 2020, I became the first Muslim woman elected to office in NC — ever. Now I’m running for Congress to carry on their legacy. I’m fighting for economic and racial justice — and a brighter future.”