(The Conversation) — An in-depth report released last week alleges that former Pope Benedict XVI allowed four abusive priests in Munich to remain in ministry. The pope, then known as Cardinal Joseph Ratzinger, led the German archdiocese from 1977 to 1982.

The 1,900-page audit was commissioned by the Archdiocese of Munich and Freising but conducted by independent investigators. It covers the period from 1945 to 2019 and lists 235 alleged clergy who were perpetrators of sexual abuse and at least 497 minors who were victims.

Given Benedict’s status – he was pope from 2005 to 2013, until his historic resignation due to ill health – the news has put additional scrutiny on top leaders’ roles in allowing abusers to go unpunished. It also raises the classic questions of what Benedict knew, and when.

As a journalist, I covered Ratzinger in Rome in the 1980s and wrote a biography of him in 2006. Today, as director of the Center on Religion and Culture at Fordham University, I see this episode as an opportunity to understand the church’s fitful evolution on dealing with abuse.

After Ratzinger left Munich in 1982, he came to Rome to serve as Pope John Paul II’s top defender of doctrine. For 23 years he led the Congregation for the Doctrine of the Faith, a body tasked with defending Catholic teaching, and arguably the most influential department in the Vatican.

As head, Ratzinger had a say in developing the church’s response to the increasingly public sex abuse crisis. John Paul consulted Ratzinger on important decisions, and major documents from other departments at the Vatican required his approval, or imprimatur, before they could be published. 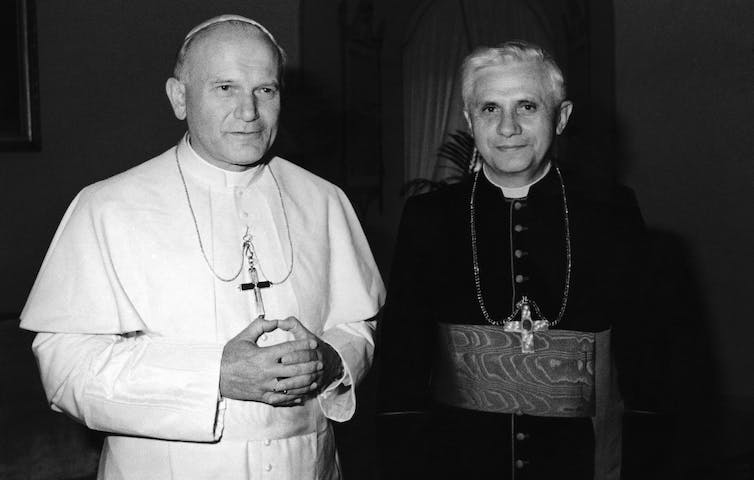 Ratzinger’s initial responses to abuse cases mirrored his record in Munich. In one case in 1985, for example, he rejected an appeal to defrock, or “laicize,” an American priest who sexually abused children, even though the priest himself, as well as the bishop, requested it.

One of Ratzinger’s successors at the Congregation for the Doctrine of the Faith, Cardinal Gerhard Mueller, defended his mentor by arguing that in the 1970s and 1980s, neither the church nor society at large understood child sex abuse properly. “It was thought that therapy could resolve the problem. Today we know that this is useless for these criminals,” he said after the release of the Munich report.

Another key factor many critics blame for the hierarchy’s resistance to punishing clergy is an attitude called “clericalism,” or treating priests as superior. The late Rev. Donald Cozzens, a Cleveland priest, seminary director and psychologist who published a book on the priesthood in 2000, defined clericalism as an attitude of “privilege and entitlement” among clergy, elites who “think they’re unlike the rest of the faithful.”

Ratzinger and many other church leaders preferred to view the problem as a spiritual one. “I think the essential point is a weakness of faith,” Ratzinger insisted in 2003. He also blamed the secular world, particularly what he called the “unprecedented” moral breakdown of the 1960s and 1970s, and the acceptance of homosexuality.

Two studies by professors at the John Jay College of Criminal Justice showed that abuse did start to spike in the 1960s and declined sharply in the 1980s. But the researchers note that almost 44% of accused abusers were ordained before 1960 and dismiss the notion that gay men are to blame. Moreover, historians have often pointed out that pedophilia and other sexual abuses by clergy are nothing new but date back to at least the 11th century.

When The Boston Globe’s “Spotlight” series finally broke the scandal wide open in January 2002, American bishops sought to institute a zero-tolerance policy for abusers and to hold bishops who covered up accountable. The Vatican pushed back, though the U.S. bishops were able to adopt a relatively strong system laying out procedures for removing accused priests.

Ratzinger also continued to minimize the extent of the scandal, arguing in November 2002 that “less than one percent” of priests were guilty of abuse and blaming the media for “a planned campaign” to “discredit the church.” The real figure was over 4% nationally.

The previous year, however, Ratzinger had persuaded John Paul to let his office take charge of all abuse cases worldwide to expedite trials and defrock the guilty. The ensuing flood of cases seemed to have an effect: When John Paul died in April 2005 and Ratzinger was elected Pope Benedict XVI, he moved quickly to begin laicizing hundreds of abusers. He also apologized to victims and became the first pope ever to meet face to face with clergy abuse victims. This was a sea change for the church, and for Benedict.

But it went only so far. Though Benedict publicly dismissed a bishop whom he considered too liberal, he was not as assertive in taking action against bishops suspected of covering up abuse or being abusers themselves. A key example is the case of Theodore McCarrick, a former Washington, D.C., cardinal.

Allegations that McCarrick had abused children emerged in July 2018 and led to an investigation that showed that Benedict knew of other accusations against McCarrick of sexual misconduct with adults but took no public action.

After Francis was elected pope in 2013, he stripped McCarrick of his cardinal’s title and defrocked him. McCarrick has pleaded not guilty to charges of sexually assaulting a teenager in the 1970s.

Francis also began firing other bishops for covering for abusers and started to institute a system of accountability.

Benedict is nearing the end of his life, living in seclusion in a quiet monastery inside the Vatican walls. Beyond the damage to his reputation, he likely won’t face sanctions for his actions decades ago in Munich.

But this episode helps illustrate how the Catholic Church got to this point and what remains to be done. And it may sway cardinals in the next conclave to choose a pope who has a stronger record on abuse.

(David Gibson, Director, Center on Religion and Culture, Fordham University. The views expressed in this commentary do not necessarily reflect those of Religion News Service.) 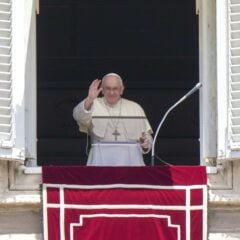 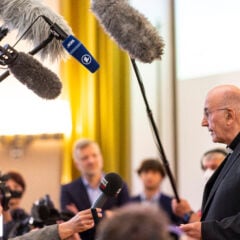