The line of questioning emerged during the second day of Senate hearings to determine whether to confirm Jackson to the Supreme Court, with Graham leveraging the moment to air grievances about how Democrats treated past Supreme Court nominees.

After noting Jackson had mentioned her faith during her opening remarks to the Senate Judiciary Committee the day before, Graham asked: “What faith are you, by the way?”

Jackson, who currently serves on the U.S. Court of Appeals for the D.C. Circuit, replied cautiously: “Senator, I am Protestant,” she said, before adding, “nondenominational.”

Jackson has spoken publicly about her faith recently — both during her announcement as President Joe Biden’s nominee to replace Justice Stephen Breyer and before the Senate Judiciary Committee on Monday — but did not specify her faith tradition in either instance. However, her response to Graham revealed that, if confirmed, she would be one of possibly two Protestants on the court (Justice Neil Gorsuch was raised Catholic but attended an Episcopal church) and the only justice to identify as a nondenominational Christian.

Yet Graham blew past Jackson’s answer, quickly asking whether she could “fairly judge a Catholic.” When Jackson attempted to reply, he interrupted to say he assumed she could before pressing her again: “How important is your faith to you?” 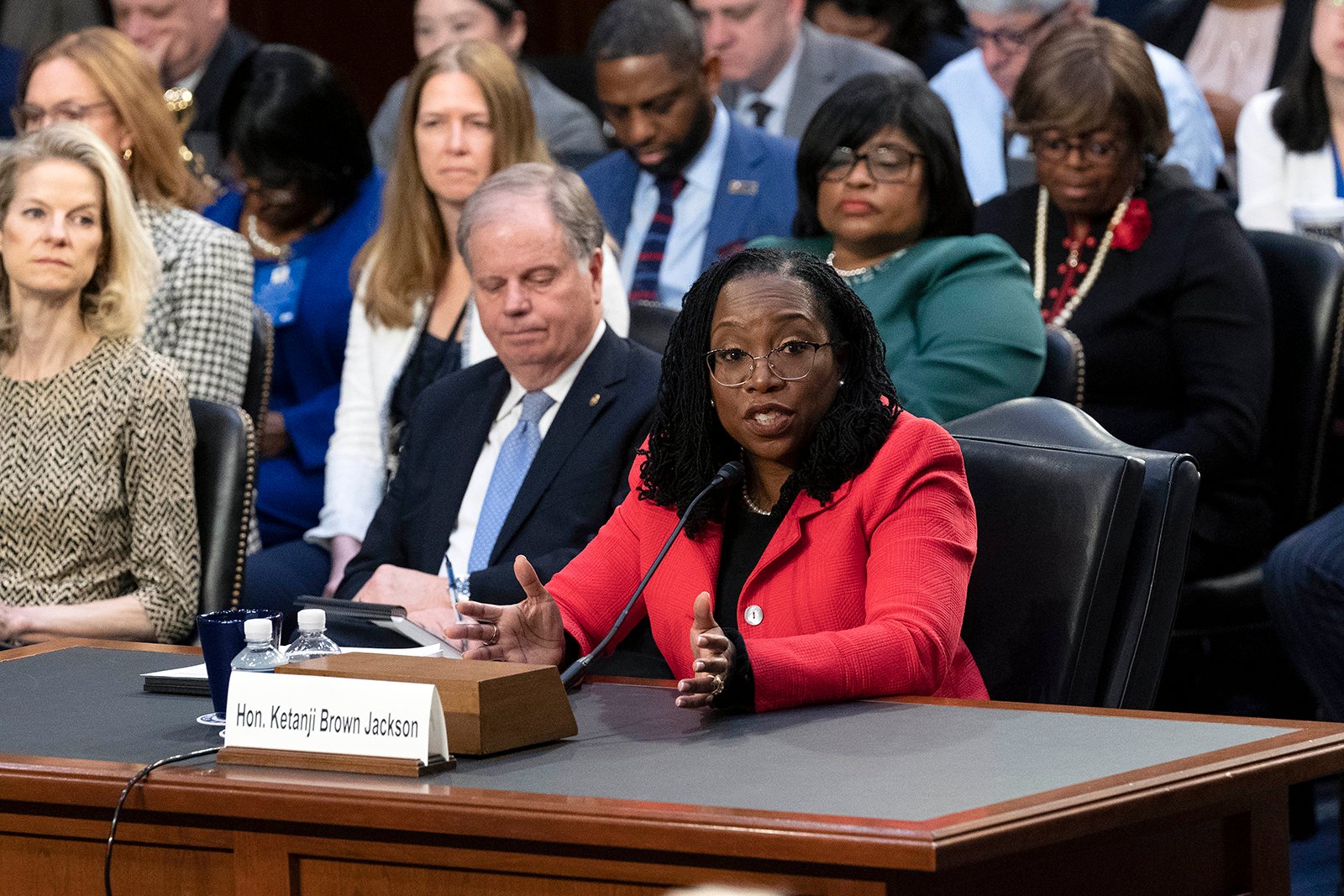 “Personally, faith is very important. But as you know, there’s no religious test in the Constitution under Article Six — ” Jackson began, referencing the section of the U.S. Constitution that bars forcing public officials to submit to religious tests.

Graham interjected: “And there will be none with me.”

Jackson continued: “It’s very important to set aside one’s personal views about things in the role of a judge.”

Graham said he agreed, but continued to pepper Jackson with religion-related questions, such as asking her to rank “how faithful” she is on a scale of 1 to 10 and inquiring how often she goes to church. (“I go to church probably three times a year, so that speaks poorly of me,” Graham said.)

RELATED: Supreme Court nominee Ketanji Brown Jackson: ‘One can only come this far by faith’

Jackson eventually curtailed Graham’s line of questioning by saying: “Senator, I am reluctant to talk about my faith in this way just because I want to be mindful of the need for the public to have confidence in my ability to separate out my personal views.”

Graham then launched into a short speech in which he decried questions Democrats asked of Amy Coney Barrett during her 2017 confirmation hearing to become a federal appellate judge. He singled out a question posed to Barrett, a conservative Catholic, at the time by California Democrat Sen. Dianne Feinstein, who pointed to Barrett’s previous speeches and quipped “the dogma lives loudly within you.”

“The reason I ask these questions is — I have no doubt that your faith is important to you, and I have zero doubt that you can adjudicate people’s cases fairly if they’re an atheist,” Graham said.

“You should be proud of your faith. I am convinced that whatever faith you have — and how often you go to church — will not affect your ability to be fair.”

Democrats largely avoided questions about Barrett’s religious beliefs during her 2020 Supreme Court confirmation hearing, although Republicans referenced it often. In fact, the most direct question about Barrett’s faith came from Graham himself, who asked whether she can set aside her Catholic beliefs when acting as a justice. (Barrett said yes.)