(RNS) — For Robyn Henderson-Espinoza, it was important to wear a clerical stole while protesting against white supremacists during the Unite the Right rally nearly five years ago in Charlottesville, Virginia.

“I think about how many people want to bear witness, but either don’t have the courage or are afraid to go into this terrain,” said Henderson-Espinoza, an ordained Baptist minister and author of the new book “Body Becoming: A Path to Our Liberation,” which includes stories from the rally.

“It’s important for me as a trans person, as Latinx, to take place and to bear witness, that even someone like me can follow the ways of Jesus and maybe imagine another possible world,” Henderson-Espinoza, who previously wrote “Activist Theology,” told RNS in a recent interview.

Henderson-Espinoza, who uses gender-neutral pronouns, describes in their new book the experience of navigating life as an activist theologian who is transgender, gender nonconforming and who identifies as Latinx. Henderson-Espinoza was also recently diagnosed as being on the autism spectrum.

“I don’t know anybody like me,” Henderson-Espinoza, who runs the nonprofit Activist Theology Project, told the Tennessean in a recent interview.

In their new book, which Henderson-Espinoza describes as being “about bodies, becoming and embodiment,” the Texas-born-and-raised author writes about the effects of “socialization in the church,” about having a body that is “light-skinned and conditionally white” (they have a Mexican mother and white father), about missing social cues and not knowing how to respond in certain situations. They also recount injecting testosterone and hoping to soon have top surgery to “fit more easily into my body.” 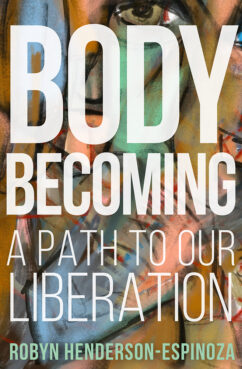 “Body Becoming: A Path to Our Liberation” by Robyn Henderson-Espinoza. Courtesy image

“I want to wake up each morning in a body that I know, but even that is up in the air as I imagine what kind of body I long to have,” Henderson-Espinoza writes.

What role has your faith played in your activism and in your exploration of your body? How does faith guide you through these facets in your life?

I would probably frame it a little bit differently because I identify as a theologian, and my orientation in life is that all things are theological. My theology has shaped my faith, and theology has shaped my practices, because all theology is ethics. … My gender, my sexuality (are) all deeply informed by my understanding of theology and the craft of doing theology through things like story, and the fact that we are always becoming, we’re always changing, and that God is in all things.

We live in a world deeply compromised by things like diet culture, white body supremacy. I look at my ancestry and my lineage, which is composed of stories of migration, and moving, and struggle and poverty. When I look at that lineage, I am trying to heal the lineage by remaining close to struggle but trying to be faithful in the small things.

In the book, you write how you came to realize your “socialization in the church and academy had been through neuronormative people who didn’t understand my body or my mind and had curated such a disconnection from my body.” How were you socialized in the church?

The church is a fold of supremacy culture. The church socializes people into what they think is right — cisgendered, straight and white body supremacy. That was my experience. Knowing that I was mixed Latinx, knowing I was different sexually, and in terms of gender, there was this internal feeling of ‘this is not right.’ But, you can’t come up against male leadership or male dominance in the church because they are the ones that are right.

I always knew in my gut that the way I was being socialized was not true for me. It wasn’t until I earned my degrees and had some level of authority that I could speak on this topic, to actually try to reduce harm, because I think I was harmed in the church. I think the ways I was socialized, the ways I was expected to be and act and believe was weaponized against me. 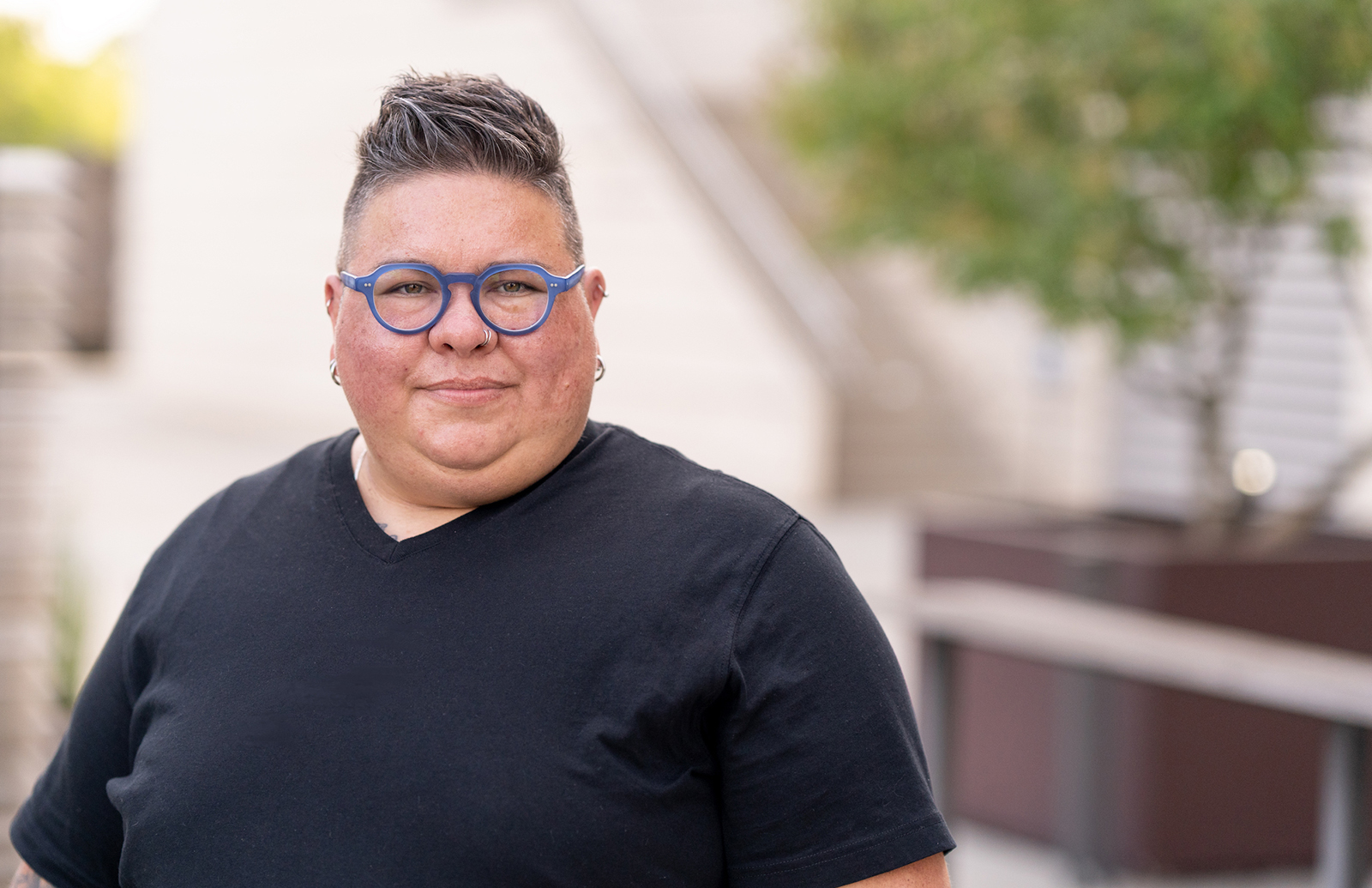 You write about the harm you sustained in being socialized in the church. How do you continue to embody Jesus?

In many respects, I have left the institutional church, and I keep leaving … but the church keeps inviting me back in. I try to be a mirror for the church and say, “These are the ways that you have harmed me,” and also, “How can we be in relationship?” I think to be in relationship means to sometimes be in conflict, and yet, can we steward peace and justice amid our differences?

I think that was part of why I wrote both books, that theology should not be in the ivory towers. Theology should be lived out in the streets. In my second book, (I write) that when we are closer in relationship with our bodies, it impacts how we are with other people, and that can … shift and shape our cultural body, and we could be a better people because of embodiment.

How was it writing a book that was so personal?

The personal is political and stories shape us. … With everything happening in the world, I didn’t want to get lost in the noise. I wanted to invite us into a different way of being in the world, and that’s why I connected embodiment to a vision for democracy.