(RNS) — One Tuesday in early June, Kristi Brown, executive director of Mountain Area Pregnancy Services in Asheville, North Carolina, arrived at work to find shattered windows, a broken door and red, spray-painted text scrawled across the sidewalk. “If abortions aren’t safe, neither are you,” the graffiti read.

A month earlier, Politico had published a draft majority opinion in the Mississippi abortion rights case Dobbs v. Jackson Women’s Health Organization, showing that the Supreme Court had voted to overturn Roe v. Wade. Since the draft opinion was leaked, at least a dozen pregnancy centers like Mountain Area have suffered attacks, many of which have been claimed by what appears to be a radical abortion’s rights group called Jane’s Revenge.

“You hope it’s never you, but you know it’s always a possibility,” said Brown.

With the formal announcement of the Dobbs decision on Friday (June 24), pregnancy centers in Lynchburg, Virginia, and Longmont, Colorado, were vandalized or set ablaze, just as centers braced for the influx of clients they expect in a post-Roe world.

Crisis pregnancy centers do not support or offer abortions. Instead, these organizations, most of them sponsored or run by Christians, offer free parenting classes, pregnancy tests and post-abortion counseling, hoping to give clients the option to carry their pregnancies to term. While most are not licensed medical facilities, some offer ultrasounds to confirm pregnancies or testing and treatment for sexually transmitted diseases.

While the centers believe they embody Christ’s love by serving what they nearly uniformly call “the unborn,” they have been long criticized by abortion rights advocates, who say the centers intentionally mislead women. Offering “pregnancy services” or “free pre-termination evaluations,” they draw women who may think the centers provide abortions. Ultrasound images are often used to help dissuade women from seeking abortion.

Planned Parenthood calls crisis pregnancy centers “fake clinics” and says they aim to “scare, shame, or pressure you out of getting an abortion” while withholding “honest facts about sexual health and your pregnancy options.” 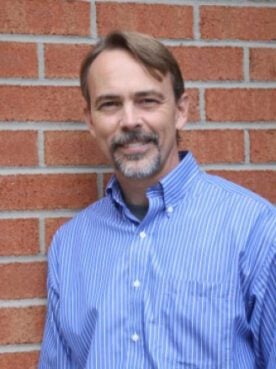 Post-Roe, pregnancy center directors say their organizations will have a better chance of reaching clients before they access abortion clinics.

“For pro-life pregnancy centers, we for the first time have the opportunity to compete head-on with this billion-dollar abortion business,” said James Harden, CEO of CompassCare, a Christian pregnancy organization in upstate New York.

Mountain Area Pregnancy Services, a faith-based organization that partners with over 100 local churches, often refers clients to an adoption agency it partners with and soon hopes to support a local foster care program, said Brown.

“If we do get an influx, we are then prepared to add staff and to add machinery, whatever we need to do,” added Brown, who said the vandalism at the center hasn’t deterred the staff.

In Pittsburgh, another Christian pregnancy center, the Women’s Choice Network, plans to emphasize its post-abortion care, which involves emotional support and counseling. It also plans to boost advertising for its abortion pill reversal, a controversial practice in which doses of progesterone are administered in an effort to halt pill-induced abortions.

Amy Scheuring, executive director of the group of pregnancy centers, expects that Pennsylvania will eventually adopt more restrictive abortion laws and says centers like hers are brainstorming ways to support clients who might feel desperate when abortion is no longer an option. “It’s about remaining Christ-like in our responses to all sides,” she said. Attacks on abortion providers have been more common historically, but with the Dobbs decision, pregnancy centers are anticipating more violence in coming weeks. While demonstrators are nothing new, Scheuring described recent protests as increasingly “dark, violent and threatening.” Activists have begun tearing down signs, covering the windows with abortion rights literature and taping the front door shut so the staff is stuck inside.

“We’re very aware that there is a side that has rage and anger right now, and they’re pointing it toward these centers,” said Scheuring. “But it’s something we feel is collateral damage. Along with this great decision, there’s going to be backlash.”

CompassCare’s Buffalo-area pregnancy center was set on fire and inscribed with graffiti that read “Jane was here” on June 7. Harden believes members of Jane’s Revenge “firebombed” the center. He said it will take hundreds of thousands of dollars to rebuild. A wall is marked with graffiti reading “Jane was here” and broken glass covers the sidewalk after a suspected firebombing at CompassCare, a crisis pregnancy center in Eggertsville, near Buffalo, New York, on June 7, 2022. (Mark Mulville/Buffalo News via AP)

“We believe God is our protector and provider, but we will keep moving forward. We’re not going to be afraid because God tells us to fear him only,” said Harden.

He called on Christians who oppose abortion to shift their attention and resources to states where abortions will continue to take place — and, he said, where pregnancy centers are likely to remain vulnerable to attack. “The war is not over,” he said. “The abortion battle lines have simply shifted.”

Brown urged Christians who oppose abortion to support their local crisis pregnancy centers through donations and volunteerism. She added that churches should be ready to welcome those grappling with unwanted pregnancies and reminded Christians to “get out and vote” in the November elections.