(RNS) — These days, politics can influence everything from the dairy products you consume (Ben & Jerry’s? Chick-fil-A milkshake?) to whether you drink Pepsi or Coke. For some Christian families, politics are also revamping the college decision process, swaying them away from colleges marked “too liberal” or “too conservative.”

Though there are Protestant colleges that welcome political labels, others strive to remain as apolitical as possible. For the latter, it’s an increasing challenge to preserve their religious identity — which invariably has political implications in today’s supercharged environment — while welcoming students of all political backgrounds. 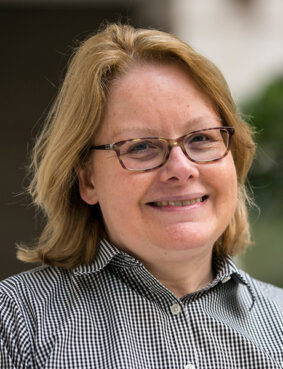 “I think Christians are discipled by political debates sometimes more than they are really discipled by Christ or Christianity,” said Ruth Curran Neild, whose son recently withdrew from Grove City College in Grove City, Pennsylvania, over concerns about the school’s politics.

Last year, the college was mired in a culture war debate over whether the conservative school had promoted critical race theory. A highly contentious board-approved report ruled it had.

“I saw the report come back from sub-committee, and I was gob smacked” said Neild, whose son had committed to the college in early November 2021. In her view, the board had taken the bait and engaged what she saw as a manufactured crisis over an ultra-conservative boogeyman.

“I thought they failed to want to listen to genuine cries of pain from marginalized communities,” said Neild. “It wasn’t grounded in shared Christian beliefs — it was at the level of politics.”

Neild, who lives in New Jersey and belongs to a Presbyterian Church in America congregation, told RNS that initially Grove City’s location, Christian identity and strong computer science program made it seem like an easy fit. But the board’s decision led to a family conversation in May, and, after much thought, Neild said her son opted for Messiah College, a school in Mechanicsburg, Pennsylvania, the family perceived as more politically neutral.

While several parents who spoke to RNS for this story said they’d tried to steer students away from Christian schools that “embrace MAGA,” as one mother put it, other parents voiced an opposing concern: They worried about what they saw as an encroachment of liberal values on traditional religious beliefs.

Amy Miller, who lives near Philadelphia and also attends a PCA church, told RNS her son transferred to Liberty University in Lynchburg, Virginia, this year from Muhlenberg College, a liberal arts college in Allentown, Pennsylvania. 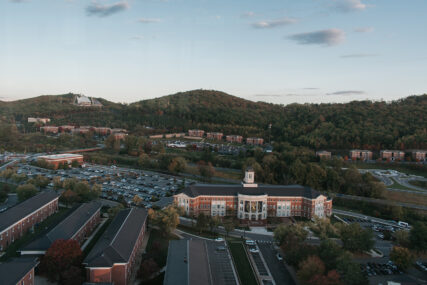 Miller said the switch was related to Liberty’s reserve officers’ training corps program and its “conservative, Bible believing” Christian culture. She described Liberty as “refreshing” and as an “oasis,” where students can be bolstered in their Christ-centered beliefs before being daily bombarded by opposing worldviews.

“That’s why I would definitely push all the rest of my kids to Christian colleges,” said Miller, who expressed concern for how the broader culture approached questions related to gender and sexuality. Miller also noted not all Christian colleges would be a good fit for her family. “I think Wheaton College, my husband would say our kids cannot go there because he thinks that they’re a little bit more liberal.”

John Fea, professor of American history at Messiah College, believes there’s a widening rift in the Christian college landscape between evangelical colleges open to political and, in some cases, theological diversity and those that embrace a uniformly conservative identity.

“You see really conservative evangelicals who would have supported Trump, who questioned vaccine and mask mandates, who are worried about critical race theory, gravitating toward your Liberties, Hillsdales and Cedarvilles in some respect. I think it’s going to create a split.”

It’s not surprising that politics have become a factor in some Christians’ college calculations, given their growing influence on social interactions. An August NBC survey of over 1,000 rising college sophomores found that 62% of Democrats (and 28% of Republicans) said they would not room with someone who supported the opposite 2020 presidential candidate. More than half of all students said they either definitely or probably would not go on a date with a person who supported the opposing candidate. Leaders from Prism, OUTLaw, and SAFE Samford join together for a group photo at Samford college. Photo by Lynn Smith

At Seattle Pacific University in Seattle, Washington, students staged sit-ins outside the president’s office this spring in response to a board vote that upheld the school’s hiring policy requiring employees to “reflect a traditional view on Biblical marriage and sexuality.”

“We have lost a number of students over that,” Michelle McFarland, director of enrollment services at Seattle Pacific, told RNS. “There are lots of welcoming spaces here for students, but it was the representation of faculty and staff where they were hoping to see the lived experience of being gay and being a follower of Jesus.”

McFarland added that this year, prospective students and their families were more likely to ask about the school’s policies around LGBTQ rights.

According to Brianna Deters, a freshman nursing major at Calvin University in Grand Rapids, Michigan, politics are sometimes one of the first things students consider.

Though she’s only been at Calvin a short while, she said she already appreciates how Calvin engages with “hot topics” from both sides in chapels and other events.

Some scholars argue that while political divisions feel new, older iterations have always embellished the Christian college landscape — rifts over evolution and biblical inerrancy, for example, rather than over vaccines or critical race theory. 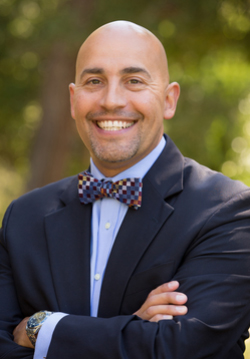 Moreover, admissions counselors from most of the seven Christian colleges RNS connected with for this story maintained that affordability remains prospective students’ top priority, not politics. And while some admissions representatives said they’d seen an increase in political questions from prospective students, others, like Mary Herridge at Baylor University, said politics still don’t seem to be a major factor.

At Wheaton College, an evangelical school in the Chicago suburbs, Chief Enrollment Management Officer Silvio Vazquez says he does often encounter folks who assume Wheaton is liberal or conservative. But he hopes students won’t draw too many conclusions without experiencing the school firsthand.

Amanda Staggenborg, chief communications officer for the Council for Christian Colleges and Universities, a global association of more than 180 Christian higher education institutions, told RNS that when students and their families make snap decisions based on a school’s perceived political identity, they miss the big picture.

“A university is made of so many different things, not just a label of conservative or progressive. You have many different layers of academics, social clubs and student life. You can’t label an entire university in that respect, because everyone’s experience could be different.” 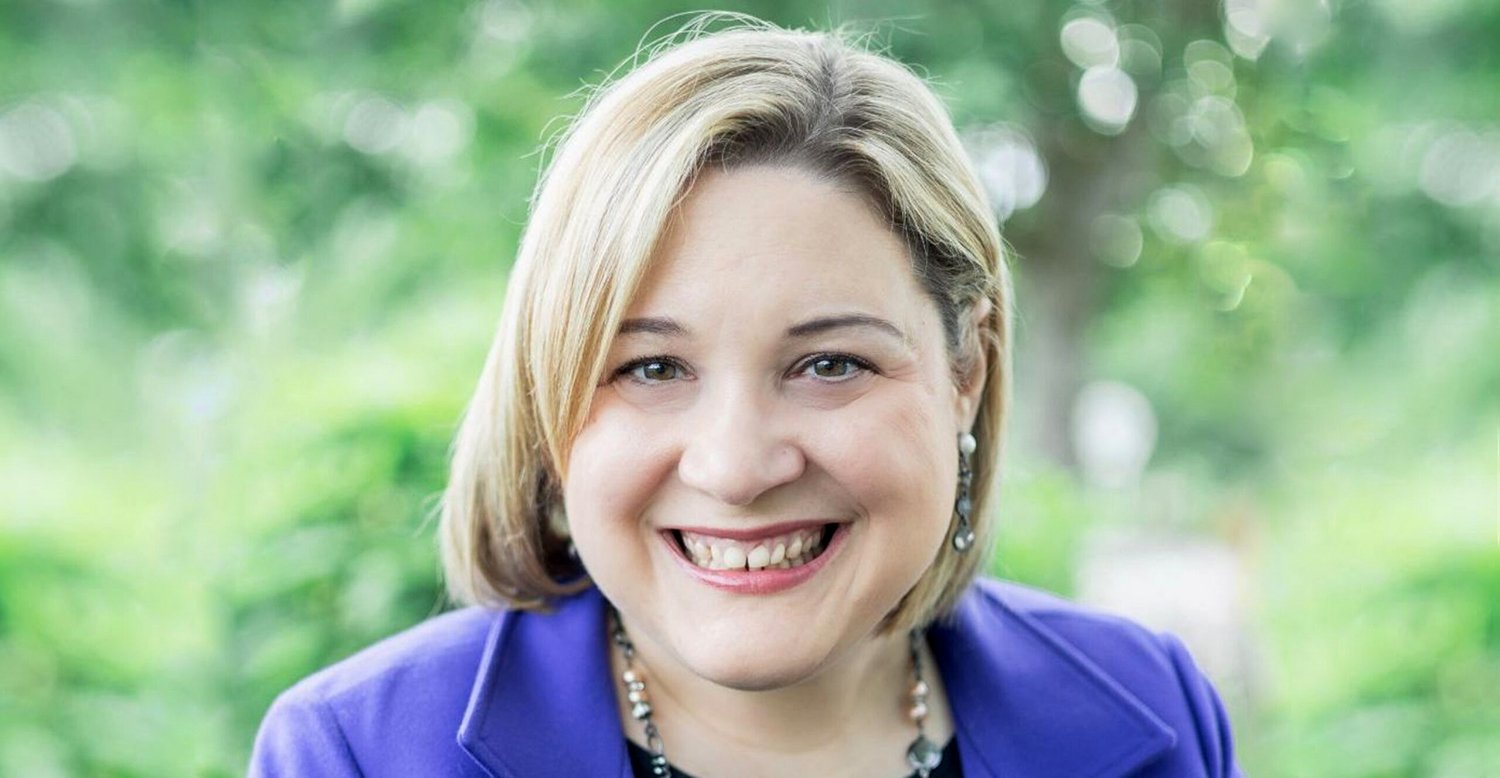 Isaac Willour, a junior political science major at Grove City, told RNS that students and parents have a right to find colleges that mirror their values. The problem arises, Willour said, when colleges allow political ideology to guide academic inquiry and become “citadels” and “training camps” for creating “good little conservatives and good little liberals to go out and fight the culture wars.”

“That’s not what college is supposed to be.”

John Hawthorne, a retired sociologist who studies religion, politics and higher education, predicts that as younger generations become less religious, prospective students will be more likely to avoid Christian colleges due to perceived political conservatism rather than perceived liberalism.

“There are not enough conservative parents out there to support all the conservative schools who want to show how conservative they are,” said Hawthorne. “Especially among Gen Z, smaller and smaller percentages every year are into those harder, more narrow, right-wing stances.” 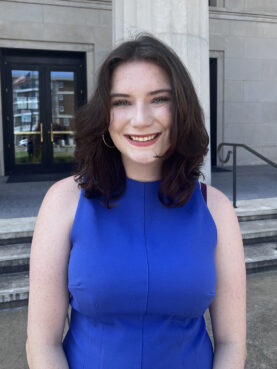 “Especially growing up being far more left leaning than the rest of my peers, I thought the only way to escape the evils I heard about the Republican Party and the red states was to go out of state for school and never come back.”

When financial challenges landed her at the Baptist University two hours away from the conservative community she was raised in, she cried for weeks. Years later, Parker says she’s the happiest she’s ever been. Now a campus tour guide and vice president of Samford Democrats, Parker says she loves engaging in honest academic dialogue about subjects that matter, even — and perhaps especially — when she disagrees with her peers.

“I would say, if you do identify as a Christian, pray about it,” Parker said about the college decision process. “Wherever God is telling you, whatever God is putting on your heart, listen to that, whether it aligns with your political beliefs or not.”