(RNS) — Here’s an irony of Kanye West’s belief that he and all Black people are Jews: To find someone whose heart is more hardened than his to selflessness, to self-forgetfulness, I would have to open the Book of Exodus and revisit the story of Pharoah.

I’m speaking hyperbolically. And yet, let me quote in full what he tweeted Sunday morning (Oct. 9), resulting in his suspension from the social media platform:

I have become so committed to overlooking Kanye West news that it took Jamie Lee Curtis tearing up on the “Today” show for me to pay attention to his latest public, dumb, dangerous action.

“I woke up and I thought, my grandparents,” she said. “It’s abhorrent behavior. … And if we aren’t reacting, who are we?”

She is absolutely right. Always — especially as antisemitic assaults have increased 167% from 2020 — we must notice and condemn this sort of bigotry.

Another reason why it initially went over my head is that the rhetoric that “Black people are actually Jew[ish]” is familiar. Apart from the mouth of Kanye, I have heard it, most recently, from the mouth of another popular, critically acclaimed rapper: Kendrick Lamar.

“I’m an Israelite,” the Grammy winner raps on his Pulitzer Prize-winning album “DAMN.,” on the track “YAH,” which is named after Yahweh. “Don’t call me Black no more. … My cousin Carl Duckworth said know my worth and Deuteronomy say that we all been cursed.”

By we, I assume Lamar means Black and Hispanic and Native Americans, since, in one of the album’s skits, his cousin Carl preaches that they are the true children of Israel. It’s one thing to recognize commonalities between ourselves and someone else. These kinds of discoveries, often reached through art, empowered Black slaves singing “Go Down, Moses” and also united Black people and Jewish people in the face of Jim Crow laws and antisemitism.

But it is something both immoral and threatening to steal an identity. As figures of the Bible have mostly been portrayed in our society as white, Kanye West and Kendrick Lamar’s rhetoric — drawn from radical Black Hebrew nationalism — attempts to seize from whiteness this esteem. By doing so, though, they completely negate the past and continued oppression of Jewish people.

It’s wild to me that Lamar has hardly been taken to task for this, but I suspect his latest album, “Mr. Morale & the Big Steppers,” will draw some if not all of the criticism he deserves. He calls out cancel culture on the album and features the rapper Kodak Black, who was previously charged with sexually assaulting a high school student and, after pleading guilty to a lesser charge, apologized to the victim. 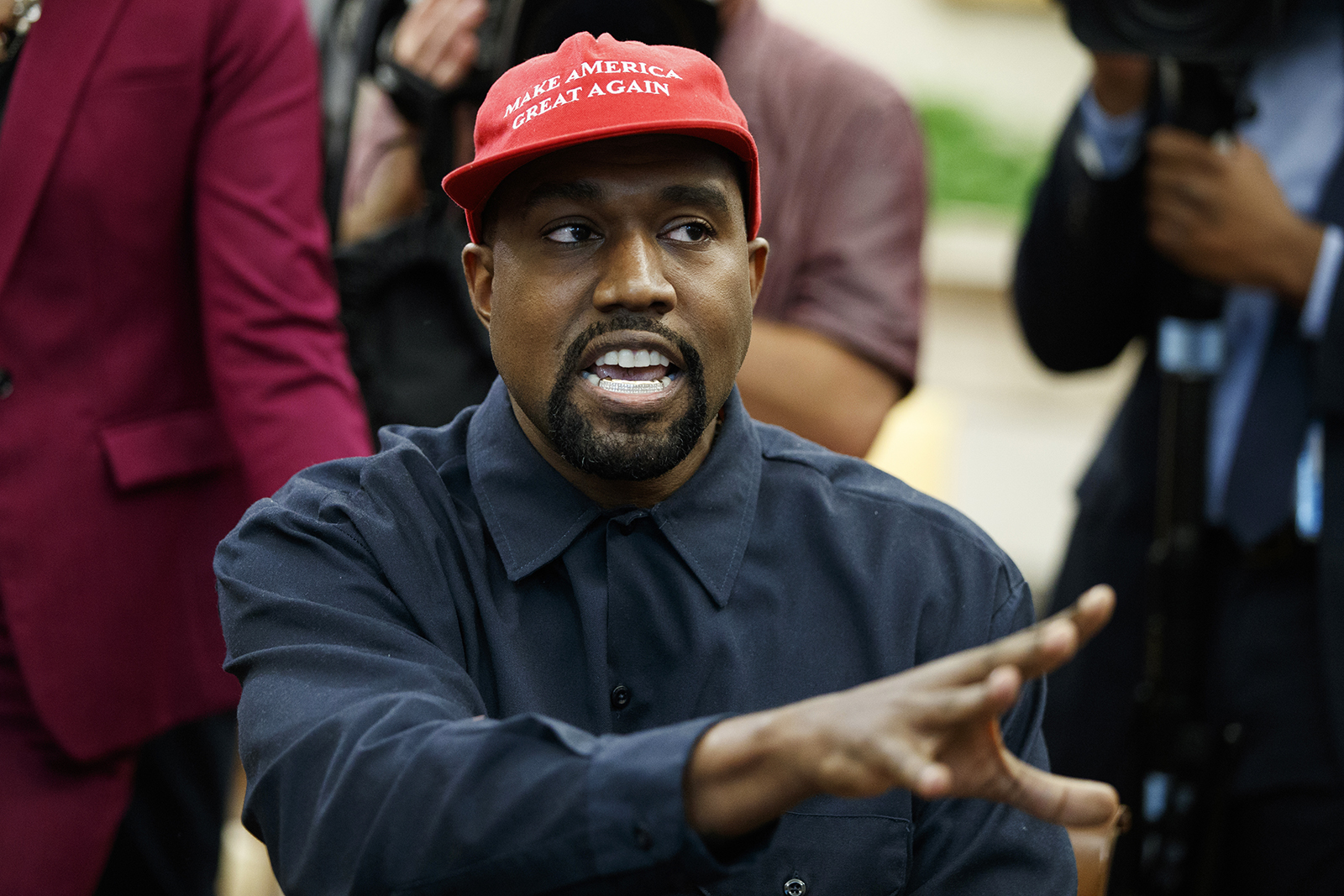 In this Oct. 11, 2018, file photo, Kanye West speaks during a meeting in the Oval Office of the White House with President Donald Trump, in Washington. (AP Photo/Evan Vucci, File)

Kanye has also complained about cancel culture, which is surprising since it has fueled his entire career. Kanye has spoken the incendiary from one extreme and the next, from saying “George Bush doesn’t care about Black people” during a telethon for people affected by Hurricane Katrina to wearing a “White Lives Matter” shirt last week at one of his fashion shows. His willingness to say shocking, provoking things is partly why much of his oeuvre is filled with energy the likes of which many fans (and former fans such as myself) had never encountered before.

For his bold statements to work, though, there must always be a side that accepts him. For now, it is Republicans. To many conservatives engrossed with fighting in the culture wars, he may just be a pawn. But that likely doesn’t matter to Kanye. I suspect what matters is that he is loved.

“I Am a God,” a track on Kanye’s album “Yeezus,” explains this best. To understand Kanye West is to understand his desire to be God and parishioner, worship leader and worshipped, at the same time.

Kanye has long positioned himself as the persecuted going after persecutors. But roles can change and language can cease to be hyperbolic. I am reminded that the massacre at the Tree of Life synagogue in Pittsburgh also began with words posted on a website. I’m sure the loved ones of the 11 dead, as well as the survivors, even the alleged gunman, if asked, would say the massacre has yet to end.

(Da’Shawn Mosley is an editor and journalist in the Washington, D.C., metro area. The views expressed in this commentary do not necessarily reflect those of Religion News Service.)