(RNS) — If there was one clear winner in the November midterms, it was abortion rights.

Five months after the U.S. Supreme Court overturned the landmark 1973 Roe v. Wade ruling, which granted women a right to an abortion, voters across the country Tuesday (Nov. 8) clearly signaled their displeasure, both through ballot measures and through Democratic wins.

In California, Vermont and Michigan, voters approved ballot measures enshrining abortion rights into their state constitutions. In the traditionally red states of Montana and Kentucky, voters appeared to reject measures that would have restricted access to reproductive care. (Montana’s “born alive” measure had not yet been called as of Wednesday afternoon but appeared headed toward defeat with 82% of the vote in.)

Abortion rights also appears to have played a role in staving off a projected “red wave” of Republican victories. Just prior to the midterms, pundits predicted abortion might not be as galvanizing an issue for Democrats, for whom abortion rights has been a key plank. Those predictions proved wrong. 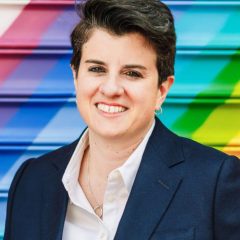 Several governors’ contests, including in Pennsylvania and Michigan, which Democrats Josh Shapiro and Gretchen Whitmer won, were seen as pivotal for abortion rights. Abortion was a top concern for voters in those states.

In North Carolina, Republicans failed to win a veto-proof legislative supermajority, ensuring that Democratic Gov. Roy Cooper will continue to have the power to block abortion restrictions.

“If there is one thing the 2022 midterms should teach us, it is this: Protecting abortion is popular,” said Jamie Manson, president of Catholics for Choice. Some 57% of U.S. Catholics, the country’s largest religious group, with 61 million adherents, favor abortion rights, even as their leadership and their church teachings oppose it.

Concern about abortion ranked No. 2 among the issues driving voters to the polls, according to exit polls, with 27% of voters saying it “mattered most” in casting their ballot. (Inflation was No. 1, with 31% of Republicans and Democrats saying it was the issue most on their minds.) That same exit poll showed 60% of midterm voters think abortion should be legal.

In addition to Catholics, majorities of religious Americans including Orthodox Christians (73%), Jews (73%), Muslims (63%), Buddhists (77%), Hindus (67%) and nonevangelical Christians (64%) told pollsters in September that abortion should be legal in all or most cases.

Only evangelicals and members of The Church of Jesus Christ of Latter-day Saints expressed majority support for making abortion illegal in all or most cases (65% and 54%, respectively).

The midterms’ abortion rights measures follow August’s Kansas referendum, in which voters rejected a proposed state constitutional amendment that would have said there was no right to an abortion in the state. 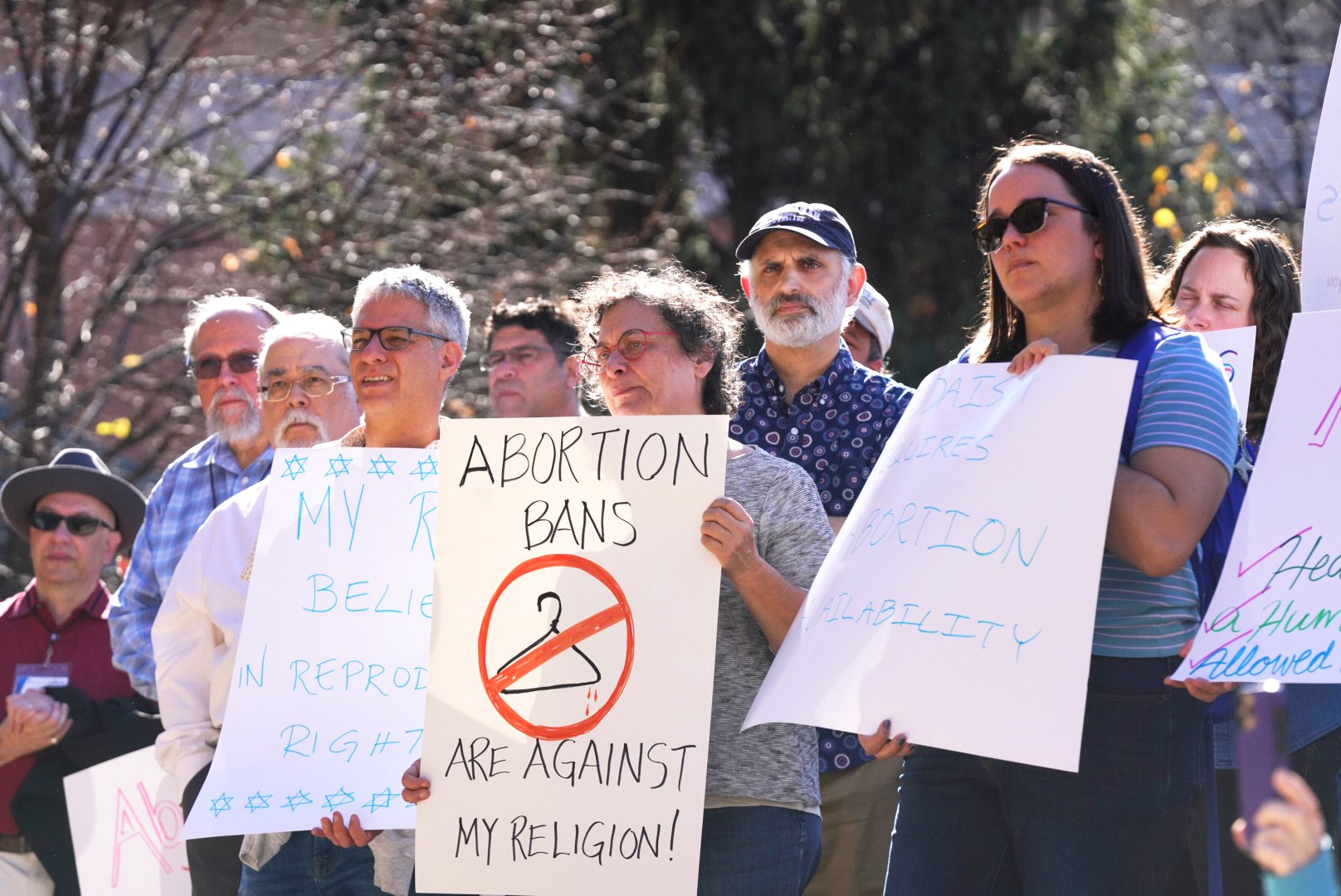 A group of 100 rabbis attended a rally for reproductive rights on Nov. 9, 2022, in St. Louis’ Memorial Park Plaza. The rabbis were part of the Conservative movement’s Rabbinical Assembly. Photo courtesy of the Rabbinical Assembly

If anything, the midterms strengthened the resolve of religious groups to continue to advocate for abortion rights.

About 100 American rabbis from the Conservative Jewish movement gathered in a St. Louis park Wednesday to demonstrate for abortion access in a state that bans abortion. Jewish tradition permits abortion, and sometimes even requires it, when the life of the pregnant person is at risk.

Republicans, including Sen. Lindsey Graham, with support from just-elected Ted Budd from North Carolina, have proposed a 15-week national abortion ban. Such a measure does not have a chance of becoming law so long as President Joe Biden is in office because Republicans would need a two-thirds majority in Congress to override a presidential veto.

Many evangelicals — including the nation’s Catholic bishops — support that measure. 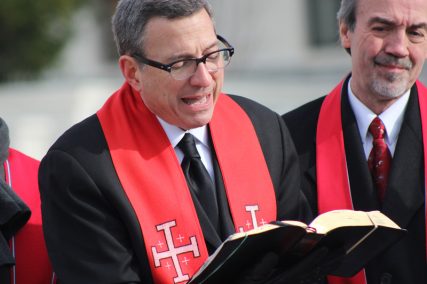 The Rev. Rob Schenck, founder of the Faith and Action ministry in Washington, D.C., reads from the Gospel of Luke during his ministry’s Live Nativity in front of the Supreme Court on Dec. 11, 2014. To his left is the Rev. Gary R. Ross of Midway Assembly of God in Lewes Del., whose members portrayed many of the characters in the event. Religion News Service photo by Adelle M. Banks

“You have a situation in which Catholic conferences and bishops are spending millions and millions of dollars to pass legislation and amendments that the majority of the church does not want,” said Manson. “I would invite the hierarchy to reflect on that — the way it’s spending its money and its values does not reflect the values and convictions of its own people.”

The Rev. Rob Schenck, an evangelical who once prominently opposed abortion but now supports abortion rights, said that despite the victories in the midterms he expects white evangelicals to continue to forge ahead with legislative efforts to further restrict abortion.

“I’d like to think this will force some analysis on why these initiatives are failing,” Schenck said. “I’m not sure it will happen.”

If change comes, said Schenck, it will be among younger evangelicals.

“Younger evangelicals don’t see legal solutions as a way to address the problem,” he said. “We may see a very different attitude in 20 years. But there’s still a long process ahead.”

RELATED: Abortion was no dud for Democrats