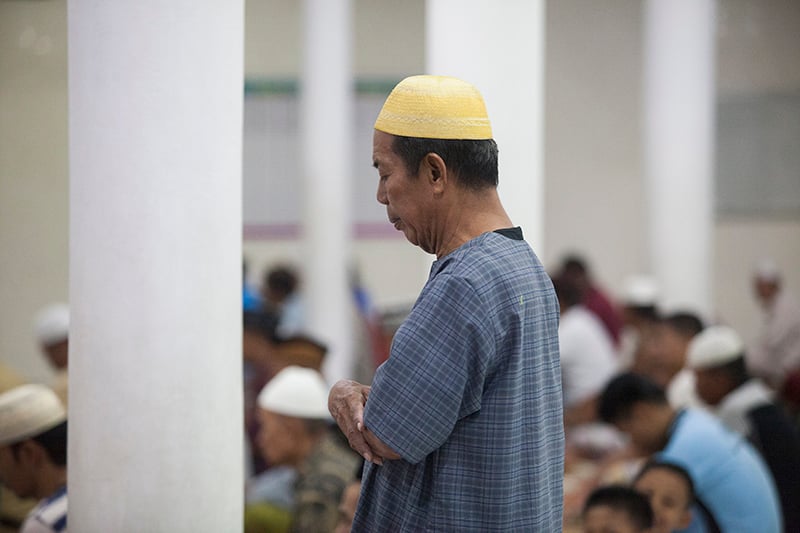 Ibu Haji Idha, a devout Muslim and calabai community leader in South Sulawesi, prays at her local mosque in Makassar, South Sulawesi on August 4, 2015. After performing hajj to Mecca in 1996, she decided that wearing women’s clothing was inappropriate and returned to male dress. She nevertheless still identifies as a woman and likes to be called “Ibu,” which means “Madam” in Indonesian. She believes that all people, regardless of gender identity or sexual orientation, should be allowed to practice their faith freely as long as they show proper respect towards religion. Religion News Service photo by Alexandra Radu