The 15.7 million-member denomination is dominated by conservatives and Baptist Press, as the church body’s official news agency, reflects SBC policy.

Baptist Press correspondent Russell Moore, a doctoral student at Southern Baptist Theological Seminary in Louisville, Ky., alleges he was accosted by someone claiming to be a former foreign missionary with the SBC.

Moore also said he was rebuked by a leader of the moderate wing of the denomination during a CBF interest group meeting of about 100 people, many of whom supposedly hissed and booed the reporter when he was identified.

In a story Thursday (July 6) in Baptist Press, Moore recounted the shoving incident at the convention center.

“He (the unidentified former missionary) started screaming and yelling at me in the middle of the convention center,” said Moore. He said he isn’t aware of any witnesses to the incident. “He called me a (expletive deleted) liar and said I had no integrity.”

Moore said he asked the man to let him pass by and as he did, he said the man “pushed me against a wall, berated me, jabbing me in the chest with his finger as he spoke. I asked him to discontinue the conversation again, but he continued to pursue me, yelling a curse.”

Moore, who said he immediately left the building because he felt he might be physically attacked, also said the Rev. David Currie, coordinator of Texas Baptists Committed and financial chairman of CBF, publicly rebuked him in a meeting, a charge Currie denies.

“For the last two or three months, there has been a coordinated effort of unethical and unprofessional journalism by Baptist Press to slander Texas Baptists, Texas Baptists Committed, the Cooperative Baptist Fellowship and any mainstream Baptist group who stands up to them,” Currie said in a telephone interview Thursday. “When the reporter from Baptist Press came into the room, I mentioned that he was present, and we did have some people who booed him. I told them to `be nice. He has a right to be here. He just needs to do a better job of reporting.”’

Currie said he wasn’t aware of the incident between the reporter and former missionary until he read the article by Baptist Press.

“I don’t even know who the person is, but I would be very shocked if anyone (attending the CBF meeting) would handle themselves in that way,” said Currie. “I’m sure there are some people who are very frustrated by many things (between the moderates and conservatives), but I can’t believe they would have acted in such a manner.”

Currie said Baptist Press has, on a number of occasions, “taken statements and twisted them to fit their purpose,” including accusing the CBF of donating money to support homosexuality and abortion. He said in two years as chair of the CBF Finance Committee, he has never heard either issue mentioned.

“I can tell you unequivocally that CBF does not give one penny to support homosexuality,” he said.

Will Hall, vice president of the Southern Baptist Convention’s news operations, called the incidents in Orlando “unfortunate” and said he trusts his reporter with his account.

“This was just unacceptable behavior and the reporter was truly upset about what happened,” said Hall in a telephone interview. He said a leader of an organization “should not create an environment of intimidation,” whether he is dealing with a journalist or anyone else.

Hall said he was “saddened about the apparent abuse that resulted for our reporter. Whether someone is of an opposing view or not, we should at least extend civil treatment to each other.”

Hall said the Southern Baptist news agency doesn’t plan on filing any charges against the missionary, whom they elected not to name in the article.

In an e-mail statement Thursday, Currie blasted the Baptist Press story, calling it “a textbook example of unethical journalism. Baptist Press is a propaganda machine for the fundamentalist-controlled SBC.”

Currie also said that Baptist Press “doesn’t appear to care about ethics, integrity or common Christian decency. And what is sad is they reflect the leadership of the SBC who do not appear to care either.”

The Rev. Ed Culpepper, administrative pastor at First Baptist Church in Huntsville, Ala., was a delegate to the CBF meeting. He said he wasn’t aware of any incidents involving the Baptist Press reporter, but believes Baptist Press did not present a true picture of the CBF proceedings. He thinks this will further “unravel the tapestry” between the two theologically opposed Southern Baptist groups.

“I’ve been reading the Baptist Press articles all this week, and I didn’t recognize the CBF meeting I attended as the one I have read about (in Baptist Press),” said Culpepper. “The term `yellow journalism’ keeps coming to mind. They are no longer an independent news agency and are under the total control of the SBC executive committee and are not for objective news reporting.”

Hall, a minister, said he didn’t wish to comment on Currie’s statement, other than to say the story was published “to act as a deterrent so it won’t happen again. This is just distracting me from the more important work of the gospel.” 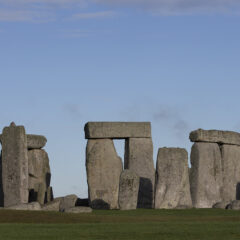 News
Convictions upheld for British pagans who trespassed at Stonehenge
Follow us on Facebook!
Submit your photos to RNS