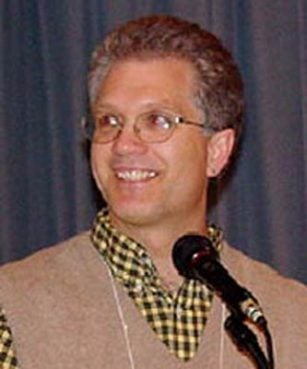 (UNDATED) An Episcopal priest who has practiced Zen meditation and espoused unconventional ideas about Christianity has lost his bid to become a bishop in Michigan, the church announced Monday (July 27).

The Rev. Kevin Thew Forrester, who was elected in February to lead the sparsely populated Diocese of Northern Michigan, failed to gain “consent,” or ratification, from a majority of elected standing committees in the Episcopal Church’s 110 dioceses, Presiding Bishop Katharine Jefferts Schori announced.

A majority of Episcopal bishops also rejected the election, according to Neva Rae Fox, a church spokeswoman, who declined to release exact tallies.

Under church rules, a bishop’s election is not valid unless ratified by a majority of standing committees and bishops.

The controversy surrounding Thew Forrester’s election, stoked in large part by conservative bloggers, blended age-old concerns about fidelity to key Christian tenets with 21st-century online activism. At times, it seemed to mirror a secular political campaign, with the candidate’s public talks and personal history parsed by supporters and detractors alike.

A number expressed concern about the Michigan priest’s decade-long practice of Zen meditation, changes he made to baptism rites, and ideas he espoused about salvation, including the existence of multiple paths to God. Others objected to the election process in Northern Michigan because Thew Forrester was the only candidate on the ballot.

Bishops are rarely rejected once they are elected by their diocese. In 2007, Bishop Mark Lawrence of South Carolina lost his first bid after concerns were raised that he would lead the diocese to secede from the denomination, but a year later he was re-elected and gained consent from the wider church.

Episcopal Church archivists say the last candidate rejected on strictly doctrinal grounds was James DeKoven, in 1875; he put candles on the altar and practiced other “high church” rituals, which were controversial at the time.

“This could be taken as a strong shout from two different places about the importance of doing theological work on our foundations,” said the Rev. Kendall Harmon, canon theologian for the Diocese of South Carolina, which voted against Thew Forrester.

Thew Forrester, rector of St. Paul’s Episcopal Church in Marquette, Mich., said in a statement that “I have been extraordinarily blessed and honored to walk with my friends from the Diocese of Northern Michigan over these past months as their bishop-elect.”

“As we live and move and have our being in Christ, there is truly a Holy Wisdom in all that is unfolding, and as St. John of the Cross affirms, a face in `all that happens,'” Thew Forrester said.

The seven-member standing committee of the diocese of Northern Michigan said in a statement that it is “disappointed and saddened by the outcome of the consent process.”

The committee members also said they hope the church will reflect on “how new communication technologies affect the consent process.”