(RNS) If there’s one thing the fractious Republican field agrees on, it’s that personal religious devotion is central to their campaign message.

Rick Santorum, Newt Gingrich, Mitt Romney and even Ron Paul stress their faith on the stump; Romney plays up his religion, though he downplays his Mormonism because of lingering evangelical suspicion toward his church.

But a new survey indicates that such a liberal use of “God talk” may actually be more likely to hurt rather than help a candidate’s chances with voters.

According to an online poll conducted last September by the research arm of the Southern Baptist Convention, only 1 in 6 Americans (16 percent) said they are more likely to vote for a candidate who regularly shares their religious beliefs.

“Different people get a different picture in their mind when a political candidate shares or shows their religious convictions,” said Scott McConnell, director of LifeWay Research. “While some Americans warm up to this, many don’t see it as a positive.”

The poll reinforces the conflicted feelings Americans have toward their politicians: A survey last year conducted by Public Religion Research Institute and Religion News Service found majorities of every religious group say it is important that a presidential candidate have strong religious beliefs.

At the same time, respondents — including evangelical Christians — had a hard time identifying the religious affiliation of either President Obama or Romney.

Taken together, the two polls seem to suggest Americans want their politicians to be pious but not preachy.

Not surprisingly, the LifeWay poll found that Americans who consider themselves to be “born-again, evangelical or fundamentalist” Christians are much more likely than nonreligious voters to support a candidate who deploys a very public piety on the stump, by a 28 percent to 11 percent margin.

Similarly, these conservative Christians are more likely to say their support also “depends on the religion” of the candidate.

That may matter more in the GOP primaries than the general election given evangelicals’ outsized role in determining the outcome of the primaries, as was shown in the results of Saturday’s (Jan. 21) South Carolina contest.

The fact that those same evangelicals also say the religion of the candidate matters may be further cause for concern for Romney, who not only lost the South Carolina primary to Gingrich, but also the evangelical vote.

In the survey, respondents were asked: “When a candidate running for office regularly expresses religious conviction or activity, how does that impact your vote?”

The online survey of 2,144 Americans was conducted in September 2011 and has a margin of error of plus or minus 2 percentage points. 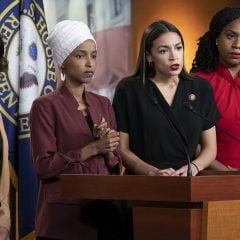 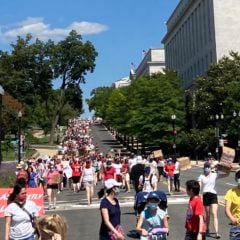 General story
Thou shalt not be comfortable